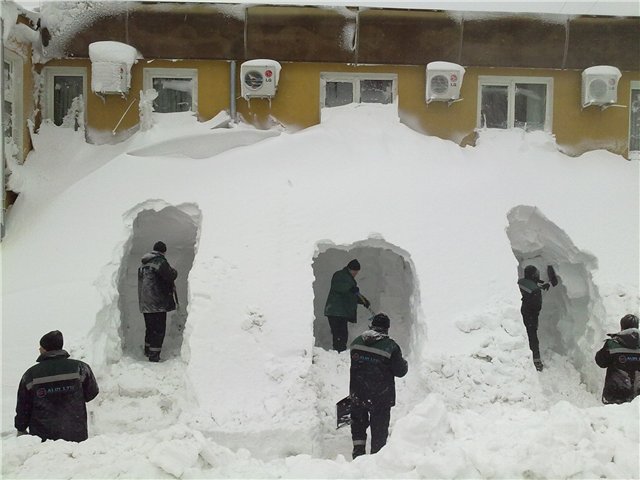 Last several years winter in Russia was more European and temperature seldom fell below -15C (+5F.) But is seems that this winter Mother Winter has rolled round too fast and it’s really overboard. Few weeks ago frost came to Russia and now it looks like it’s on its way westwards, straight to Eastern Europe. All this time temperature on thermometer seldom fell below -20C (-5F.) Because of that any road was clogged up to the brim every singe day. And now, when frost almost dropped Russia off and left just a bunch of two or three feet high snowbanks here and there, it seems that Ukraine and the rest of Eastern Europe countries just began feeling this snow frenzy. 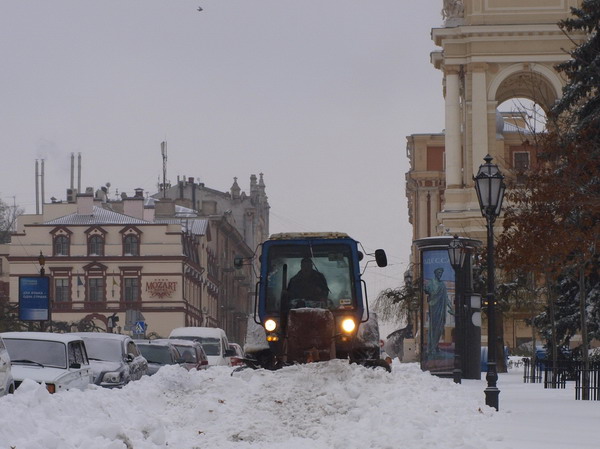 It was second day of the “disaster” in Kherson, Ukraine. Snow almost stopped falling but the enormous amount of it that has already fallen doesn’t feel like melting. Public transport runs interruptedly and private one has already long hidden under the heavy coat of snow. The busiest highroads were cleaned and as authorities said there were no casualties at all, but we can hardly believe them as it is unknown what’s happening in the country.

People working in public utilities of Kherson are stretched to the limit and even subsistence putting is carried out erratically. Though locals hold their end up quite tight and some volunteers circulating around cities shoveling damned snow away. 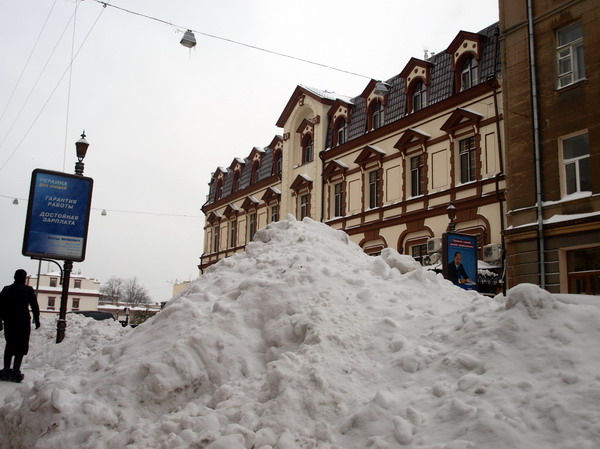 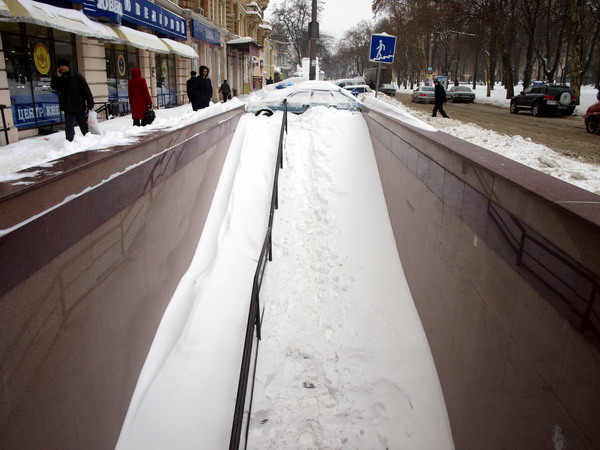 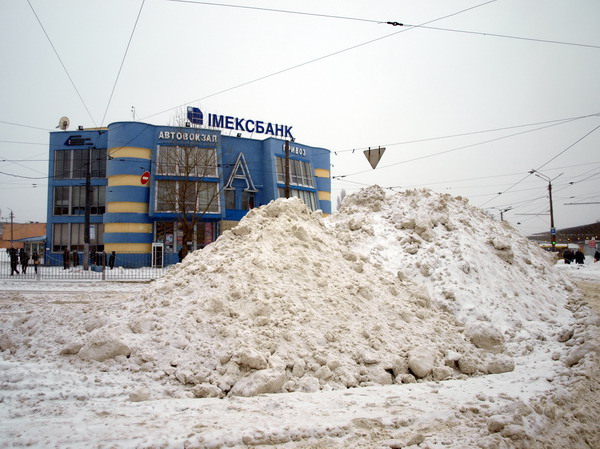 And there are some shots by the family that were going almost through the whole country that time: 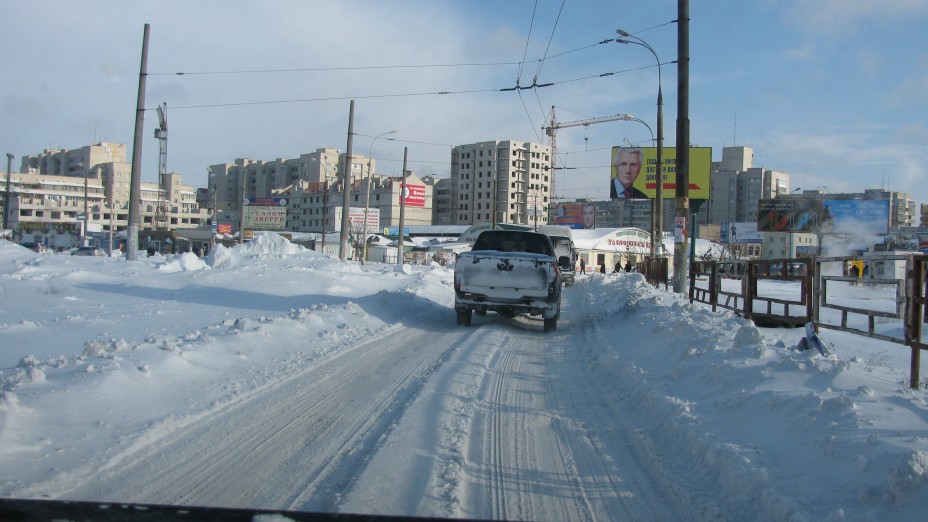 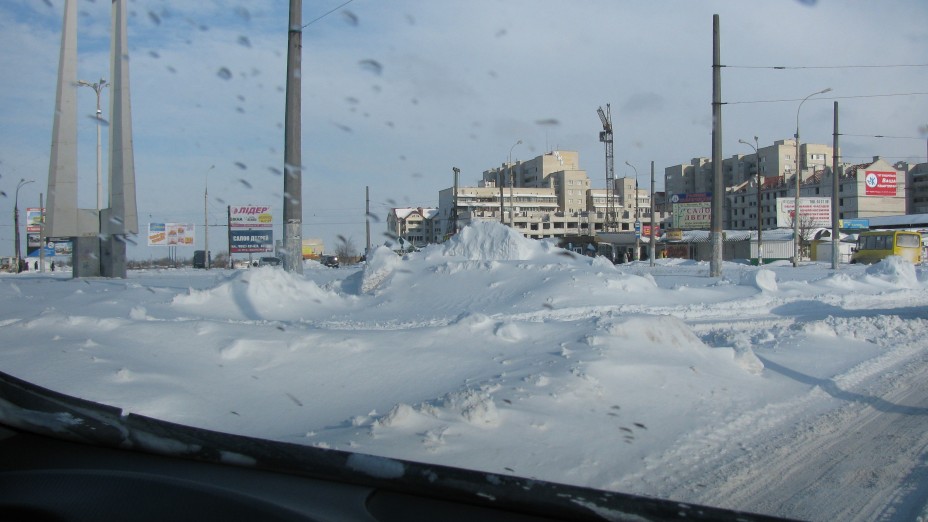 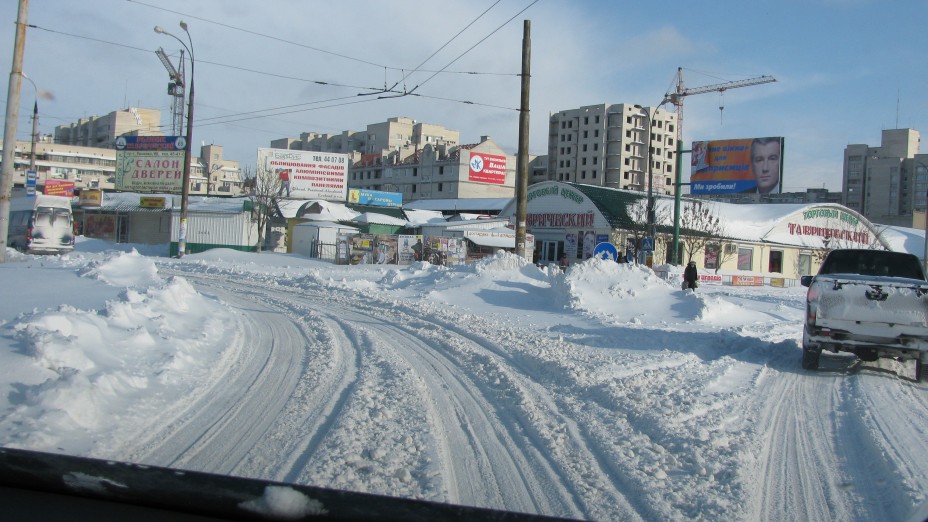 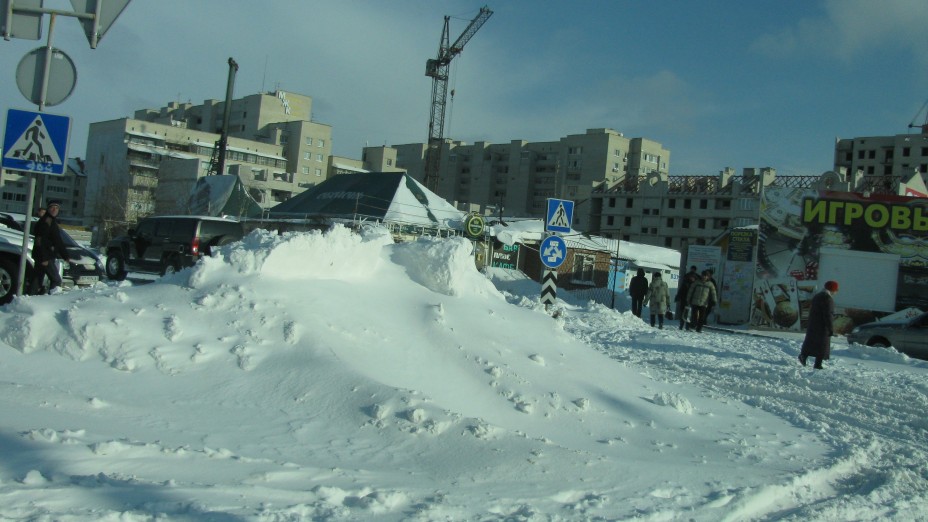 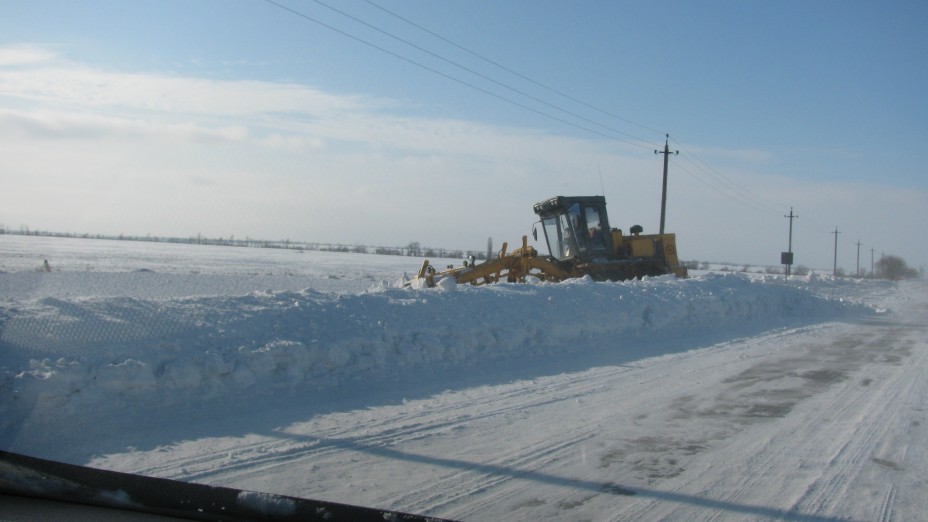 May the New Year bring you lots of snow that does you only good!