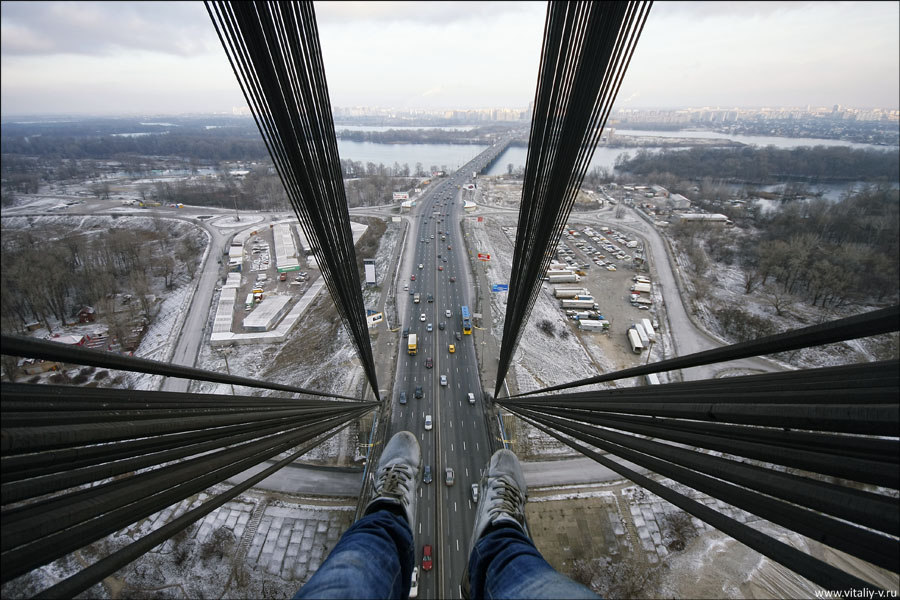 There is one thing that every big city cannot be borne and live without. Water is the only vital source that exists on the Earth and we cannot hold out even a day without it. Therefore every capital city has a river flowing through the very center of it. And so Dnepr the Great streams through the center of Ukraine’s capital, the city of Kiev. There are lots of bridges that are built in Kiev but today we will tell you about the longest and busiest one. Moscow Bridge. 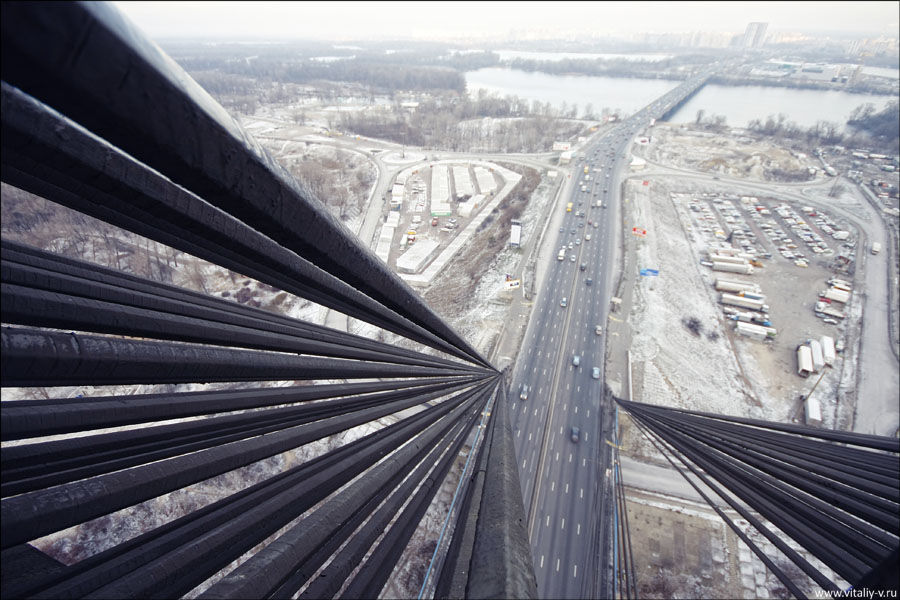 The bridge was opened for use in 1976 and still plays a crucial role in the life of the city and its infrastructure. It comprises three parts: cable bridges cross Dnepr as long as 816m (2677 feet), bridge across Desyonka river 732m (2400 feet) in length and a crossover 55m or 180 feet in length. In an exposure draft it had supposed to have 3 lanes in every direction, but some time after the draft was reconsidered and the bridge was built with 4 lanes in every direction. In the end of 80’s there was a trackless line laid there. 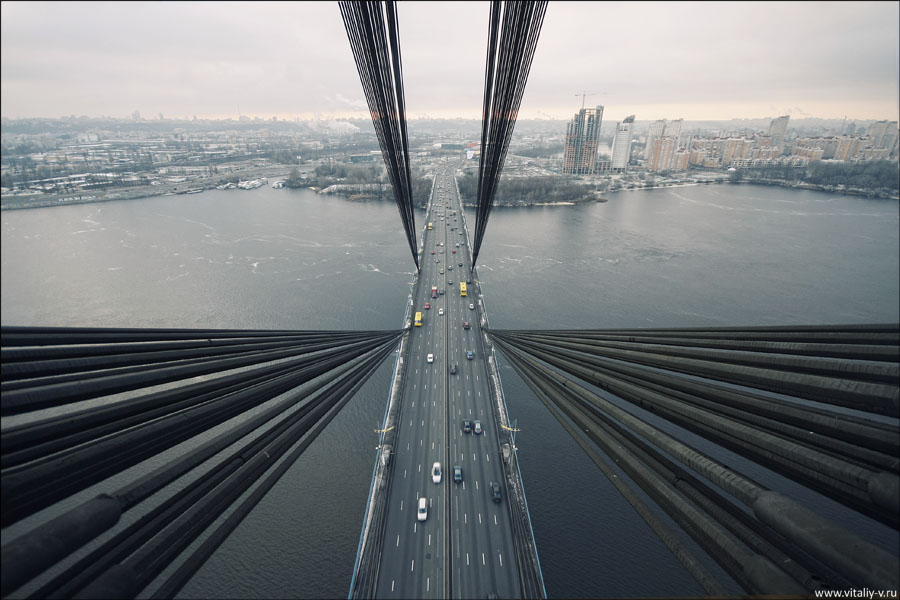 It is 400 feet high and a photographer was forced to stand just on a pad while taking shots. Every time as a truck had driven along the bridge these two pads started shaking as hell. I’m too scary just with looking at these shots, can’t really imagine what the author experienced. 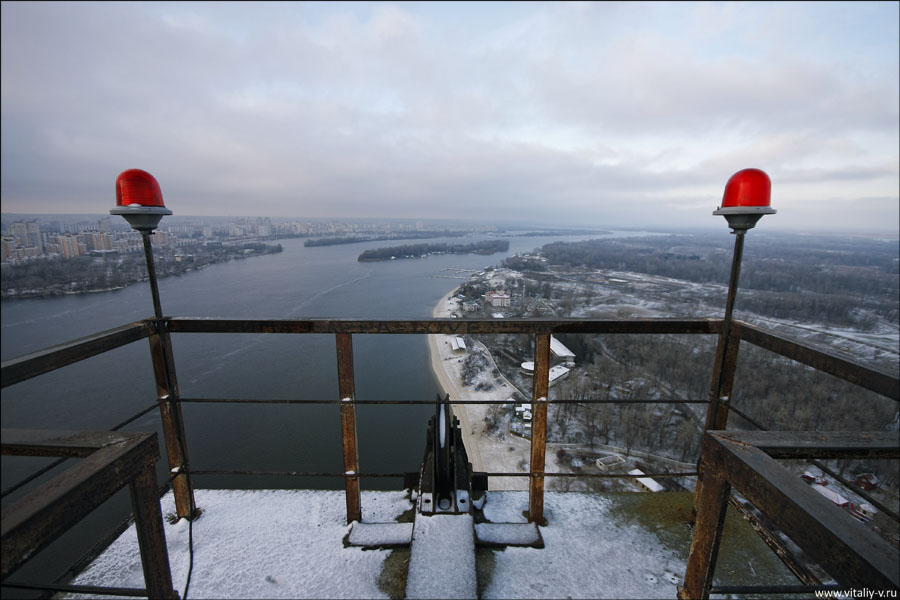 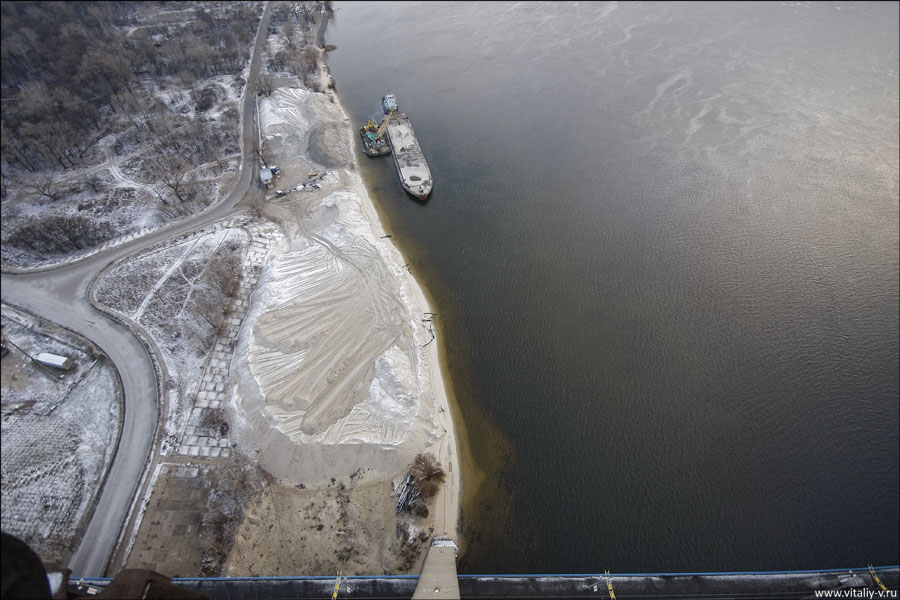 The emblem of Kiev is located at the height of 400 feet and made of some plastic of an unknown origin. 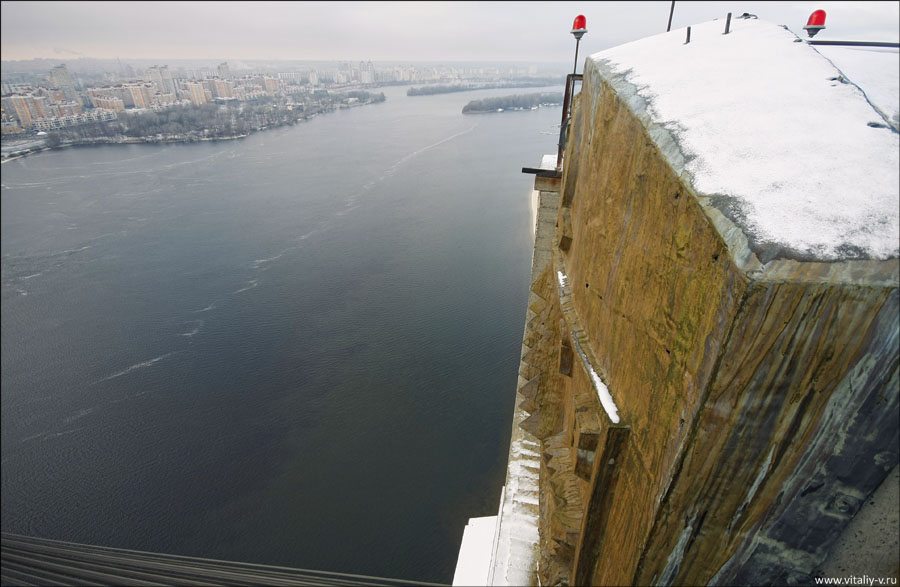 On the horizon you can see Kiev’s monument of Mother Russia and Petrovsky railroad bridge. 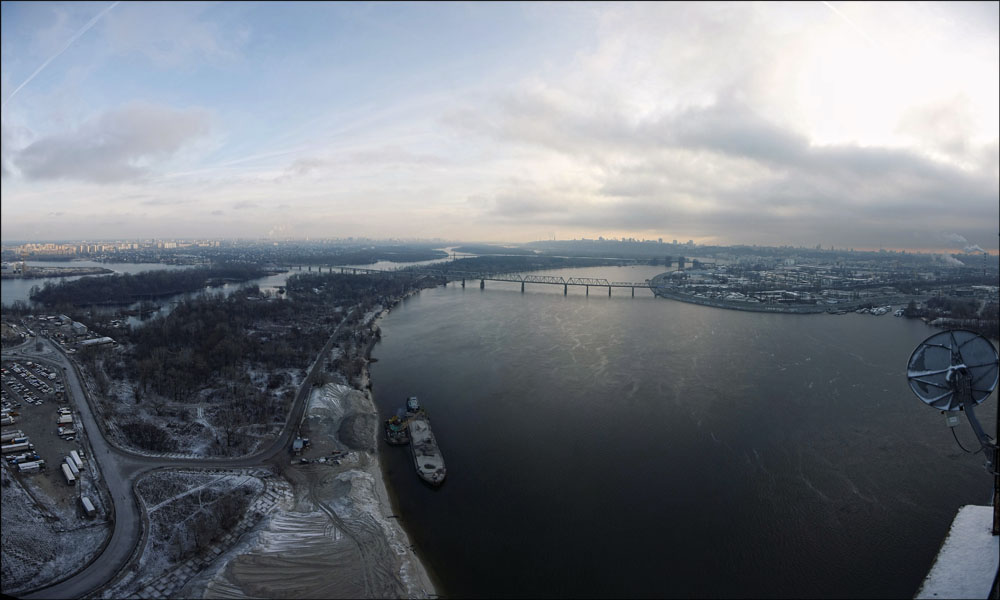 Five bridges in a row. Kiev just abounds in these. 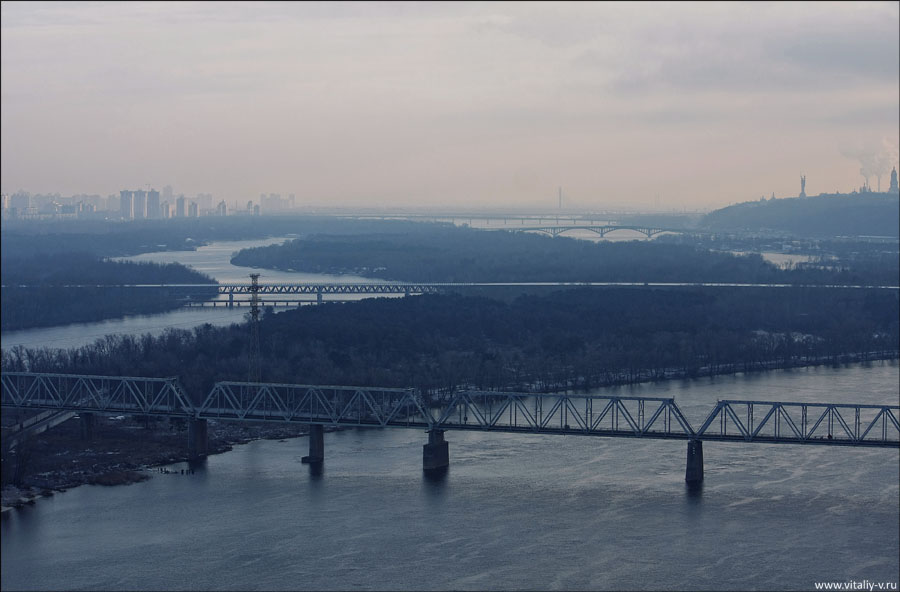 This is an experimental house of a deflected position, 1700 feet and 24 entrances altogether. 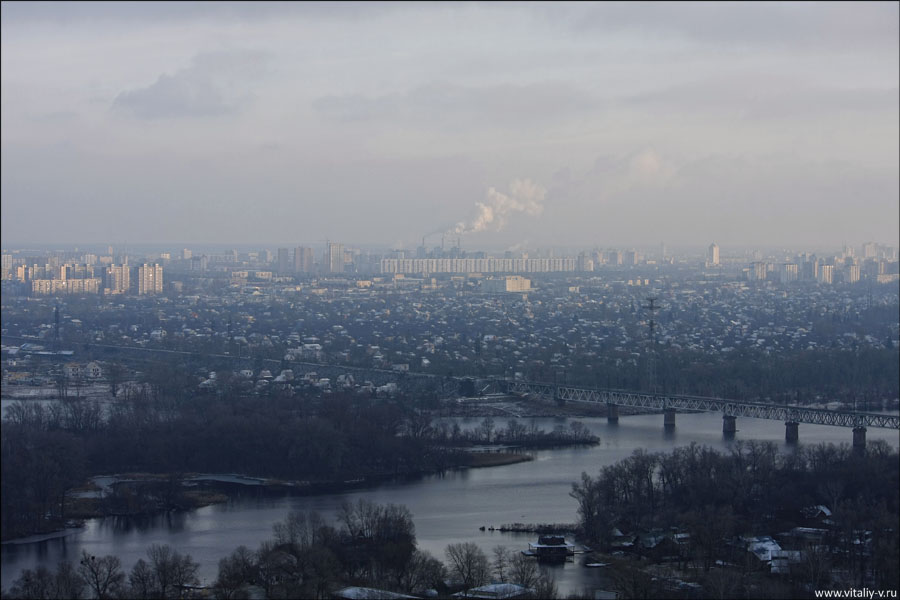 Some other enthralling photos depicting Kiev from birds eye view: 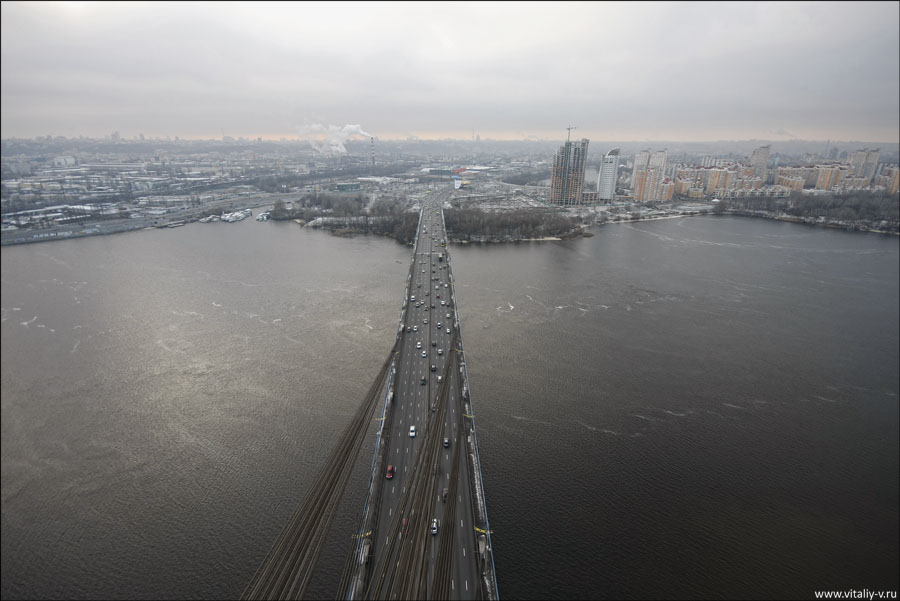 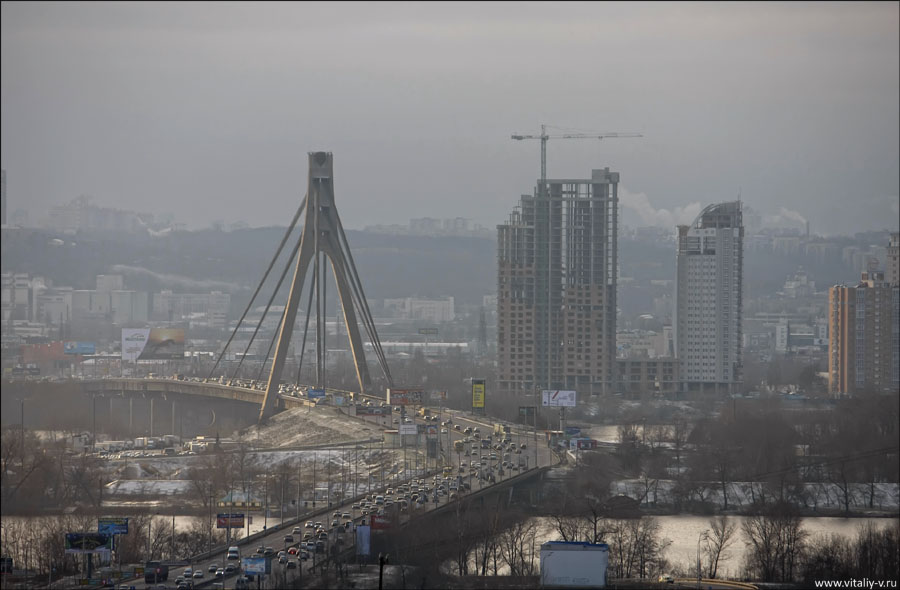 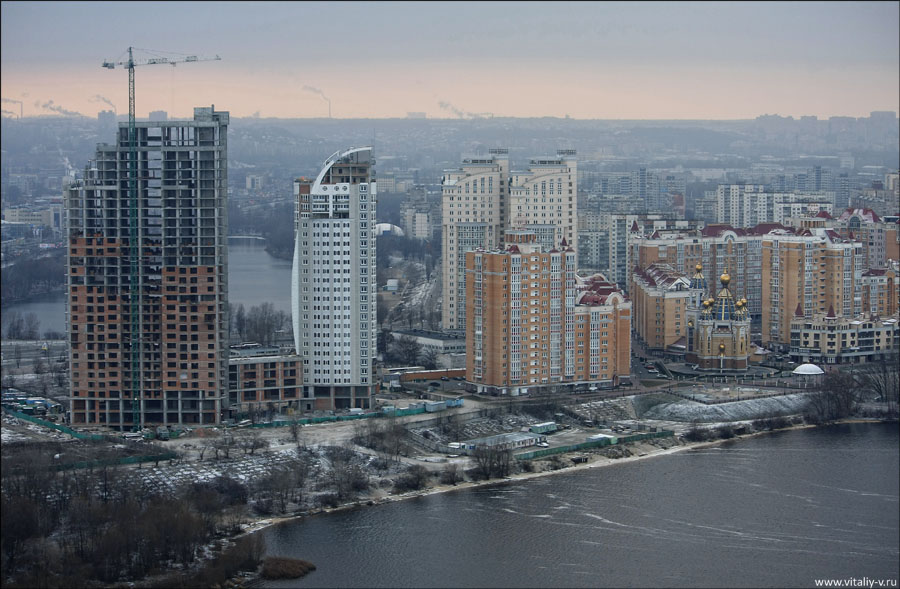 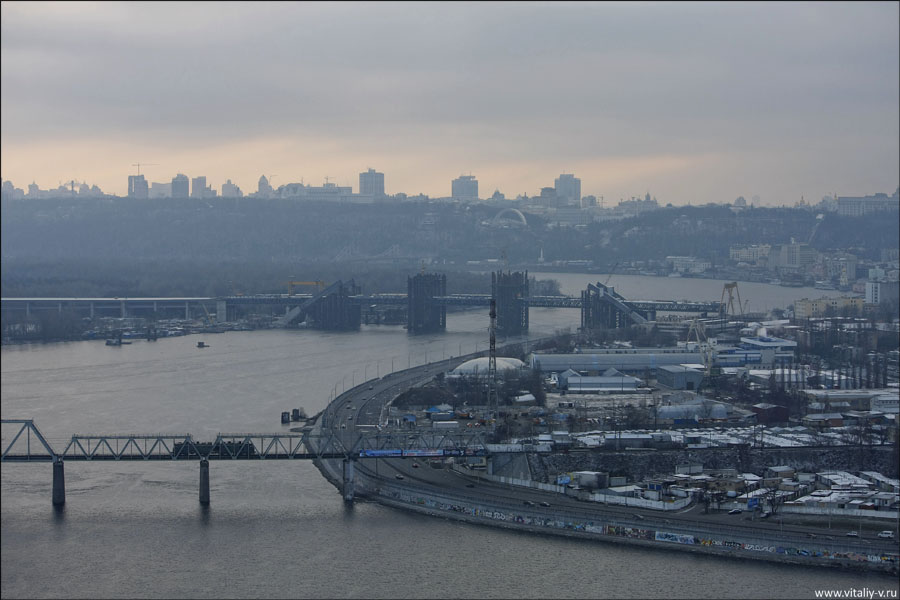 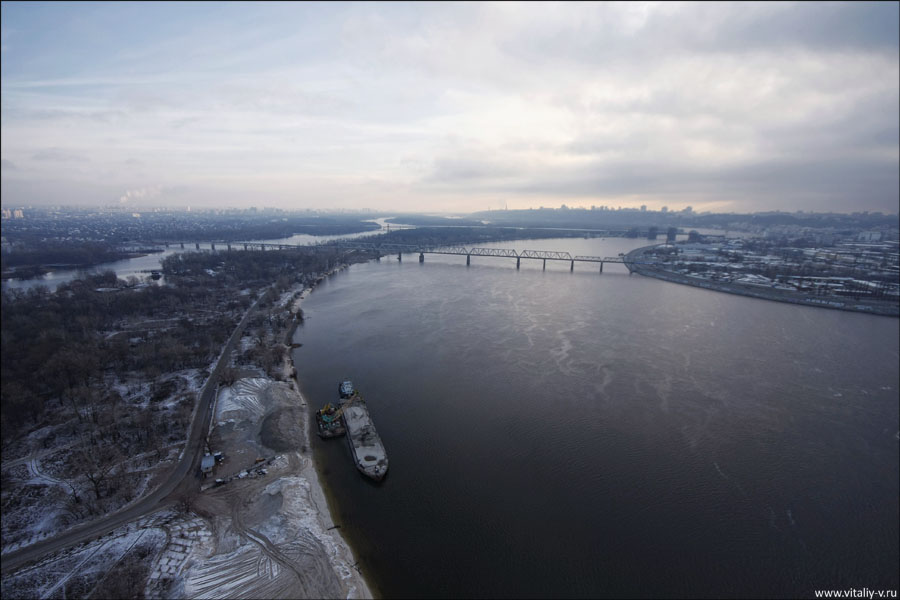 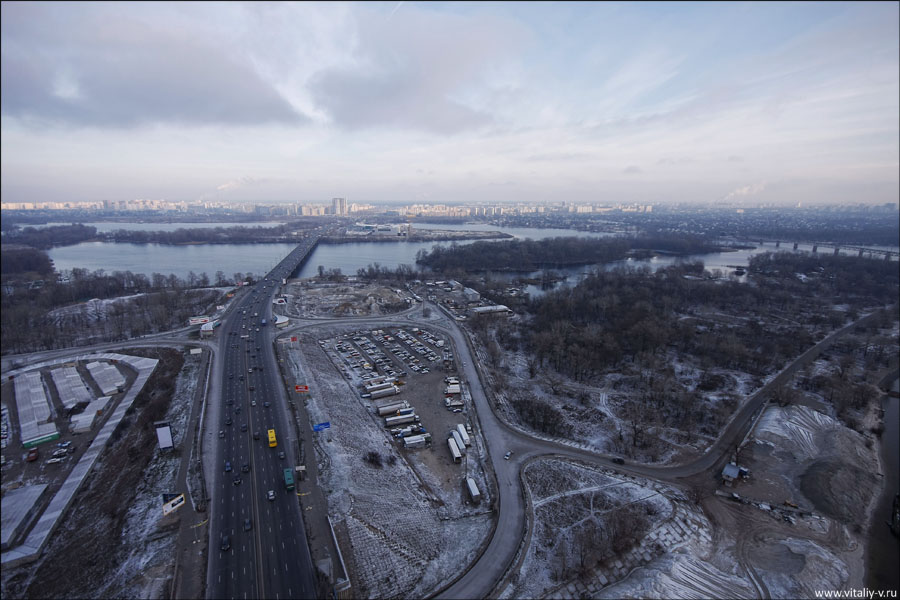 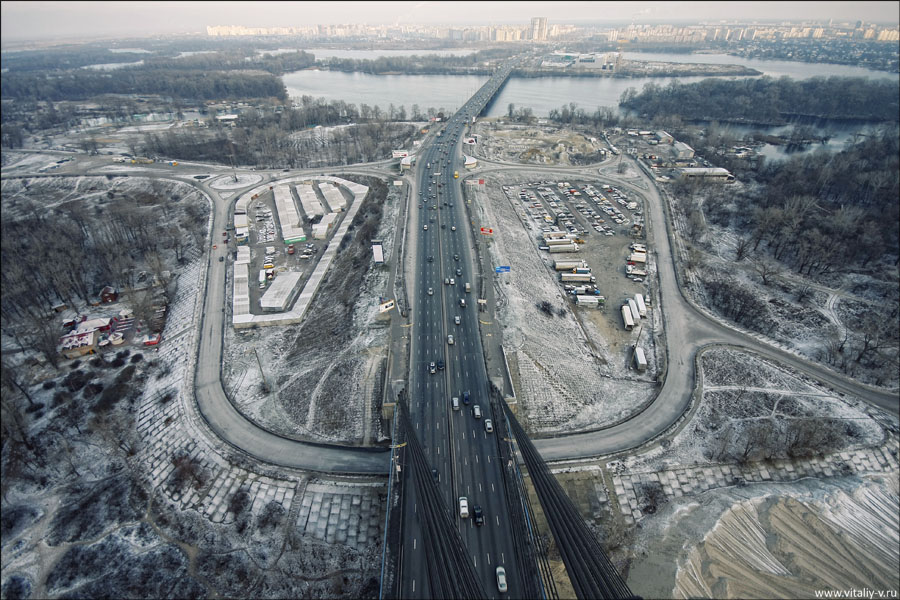