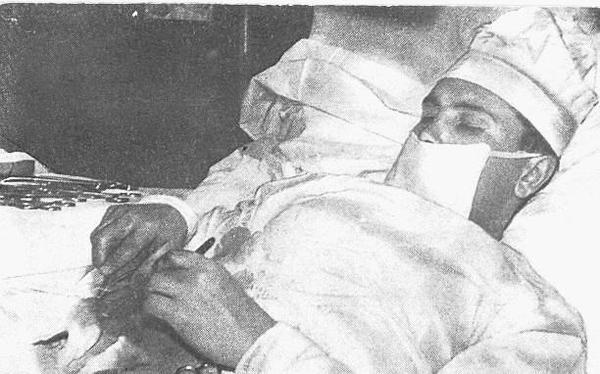 In April, 29th, 1961 a doctor of the 6th Soviet Antarctic expedition Leonid Rogozov aged 27 felt pain in a right lower belly and fever. The next day brought only exasperation. Having no chance to call a plane and being the only doctor at the station â€œNovolazarevskayaâ€, at night, in April, 30th the surgeon made an appendix removal operation on himself using local anesthesia. He was assisted by an engineer and the stationâ€™s meteorologist.

In 1959 Leonid Rogozov graduated from the Institute and was immediately accepted to the surgery clinical residency. However, his studies at the residency were broken off for some time due to Leonidâ€™s trip to Antarctica in September, 1960 as a doctor of the 6th Soviet Antarctic expedition to Novolazarevskaya station. 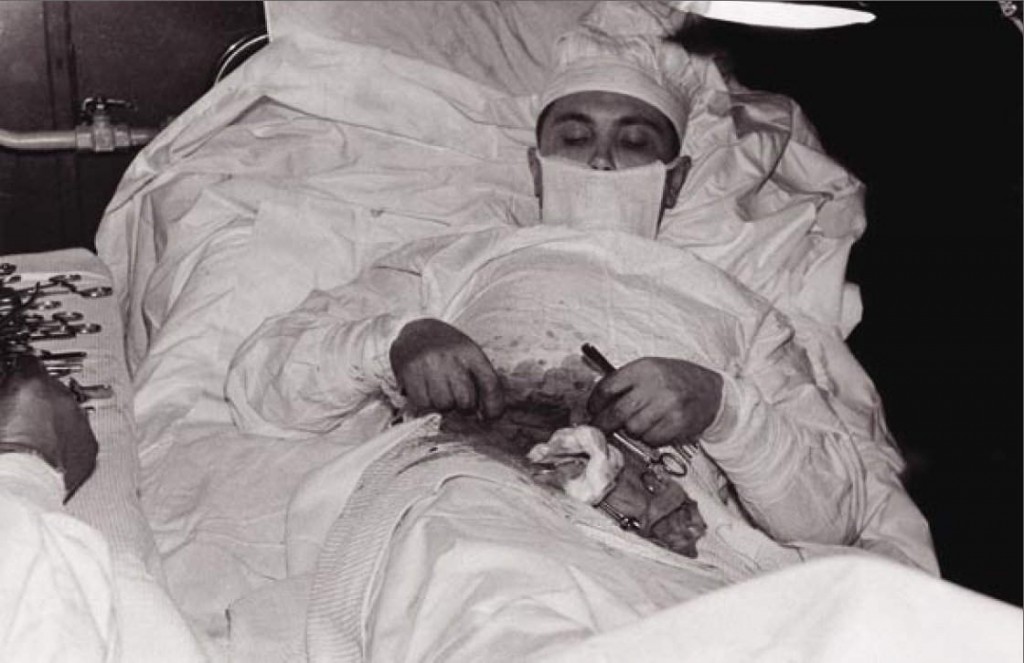 At night, on the 30th of April, 1961, the surgeon was being helped by a mechanical engineer and a meteorologist who were giving him the medical instruments and holding a small mirror at his belly. Lying half bent on the left side, the doctor made a local anesthesia with novocaine solution and made a 12cm incision in the right iliac region with a scalpel. Either watching in the mirror or by touch he removed an inflamed appendix and injected antibiotic in the abdominal cavity. In 30 or 40 minutes from the beginning of the operation there developed a faint and giddiness and the surgeon had to make pauses for some rest. Nevertheless, by midnight the operation lasting 1 hour and 45 minutes was over. In five days the temperature normalized, in two days more â€“ the stitches were taken out. 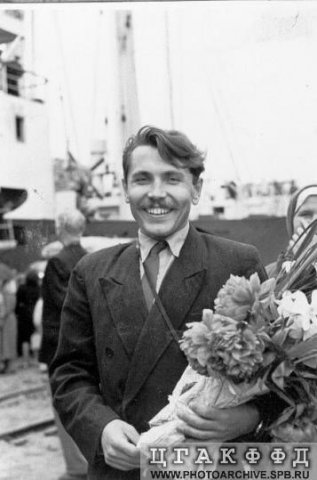 An astronaut-pilot of the USSR, a Hero of the Soviet Union, German Titov wrote in his book â€œMy blue planetâ€:

â€œIn our country an exploit is life itself.

â€¦ We admire the Soviet doctor Boris Pastukhov, who injected himself with plague vaccine before applying it on the sick people: we envy the courage of the Soviet doctor Leonid Rogozov who made an appendix removal operation on himself in the hard conditions of the Antarctic expedition.

Sometimes I reflect upon this in solitude and ask myself if I could do the same and only one answer comes to my mind: â€œI would do my bestâ€¦â€