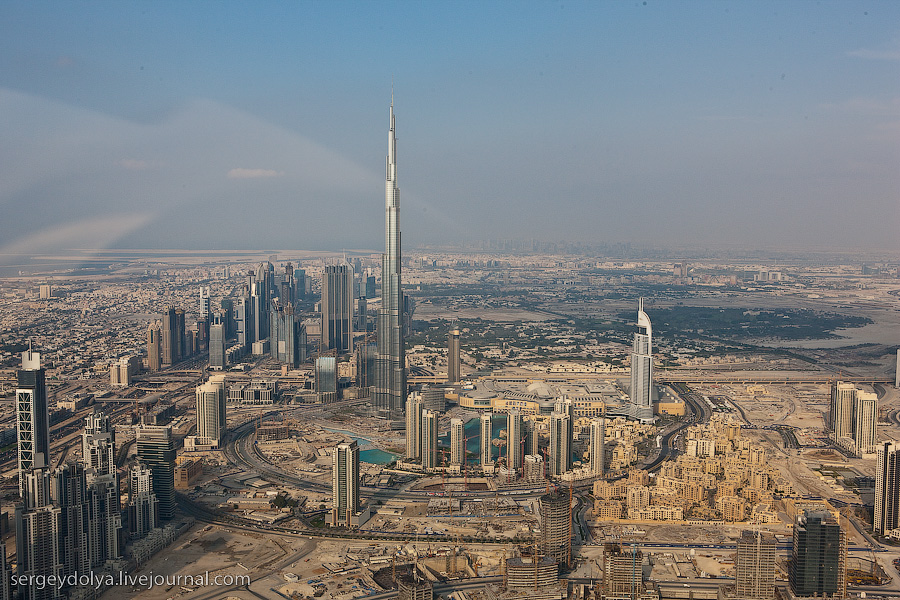 While being on business in the capital of the United Arab Emirates, Dubai, one Russian traveler and photographer decided not to spare a chance and made a helicopter trip around the center of the city to make a photo-story. To say that the city is rich means not to say anything. Dubai literally shines with luxury, mile-high skyscrapers and hi-tech facilities. These shots will carry you to the world of an incredible beauty with its fairy-like views. 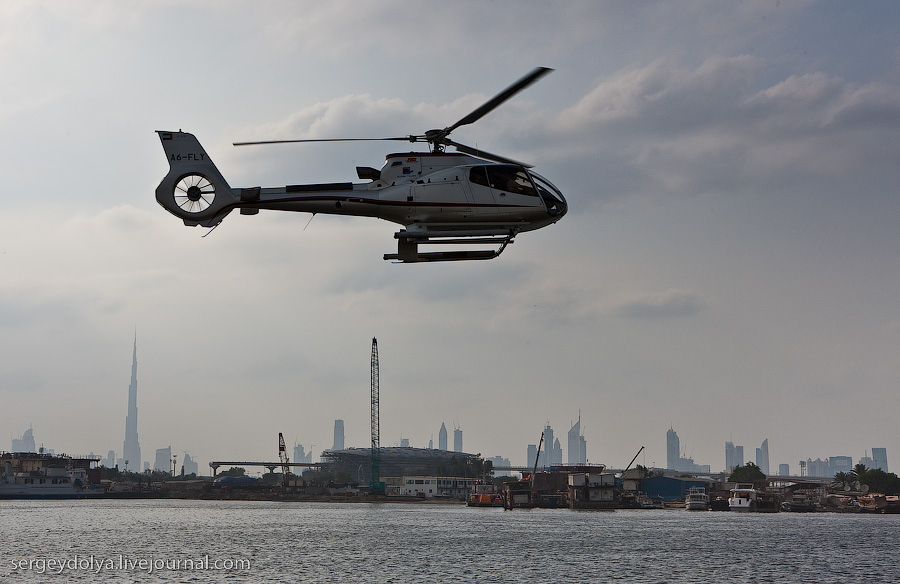 To the fore you can see Dubai golf club which lies on the banks of Dubai creek. These train tracks below is a new railroad feeder which will be opened in the end of 2010. 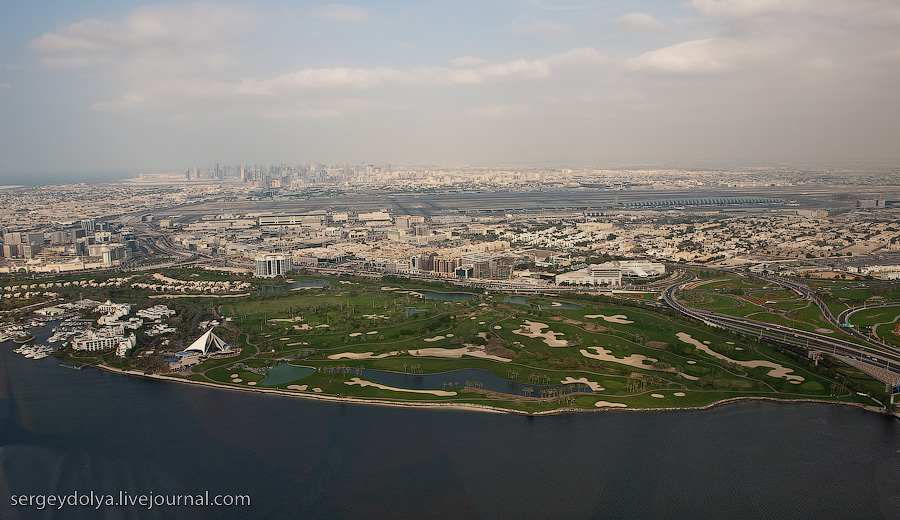 Bur Dubai district. The yacht to the left is the second biggest private yacht in the world (the first one, as all of you know, belongs to Roman Abramovich) and the small vessel to the right of it is a support ship. 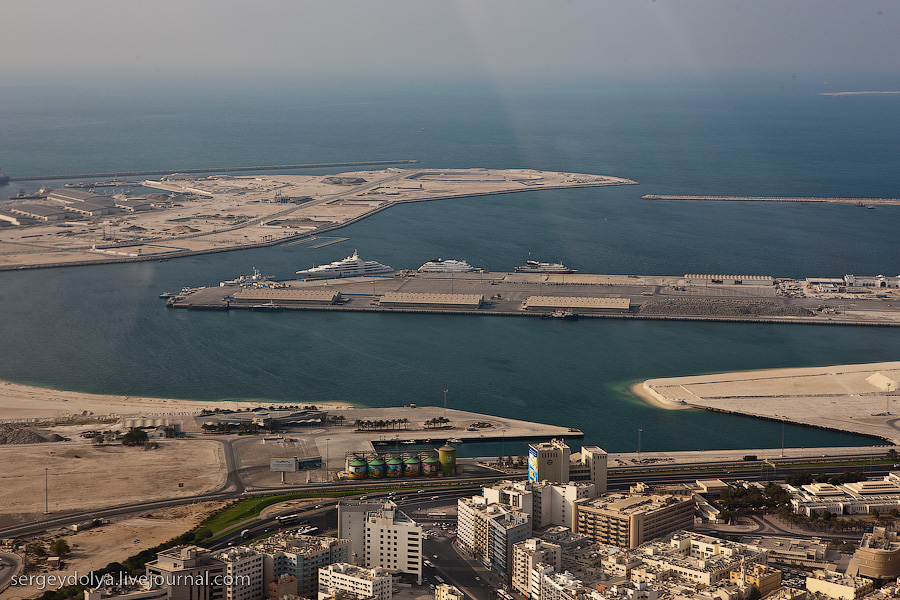 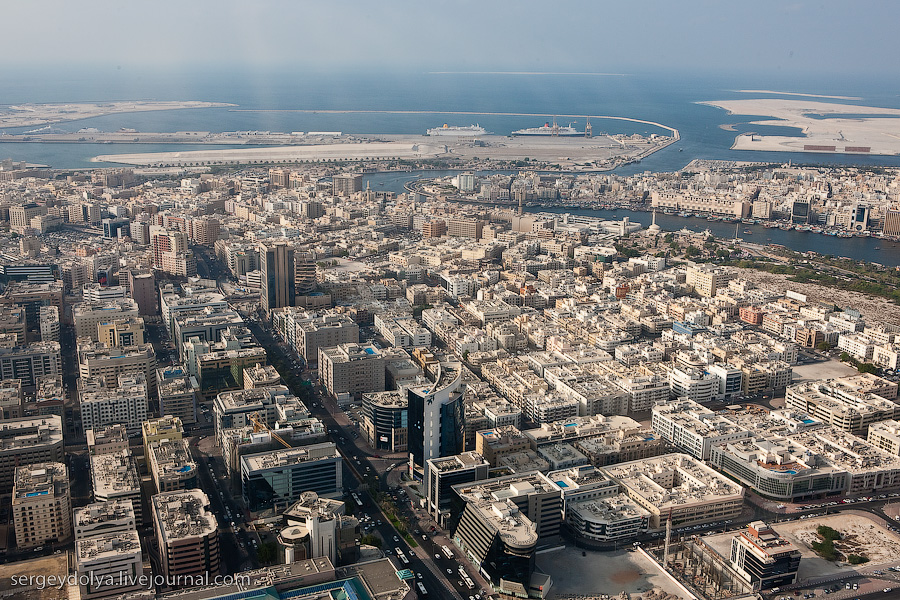 Body of human-made isles which is called The World. As you understand, it is in the shape of the world and comprises all the countries. One of them is already finished and functions well enough. In the beginning sheikh used the isle for advertising purposes but soon afterwards gifted it to his daughter. 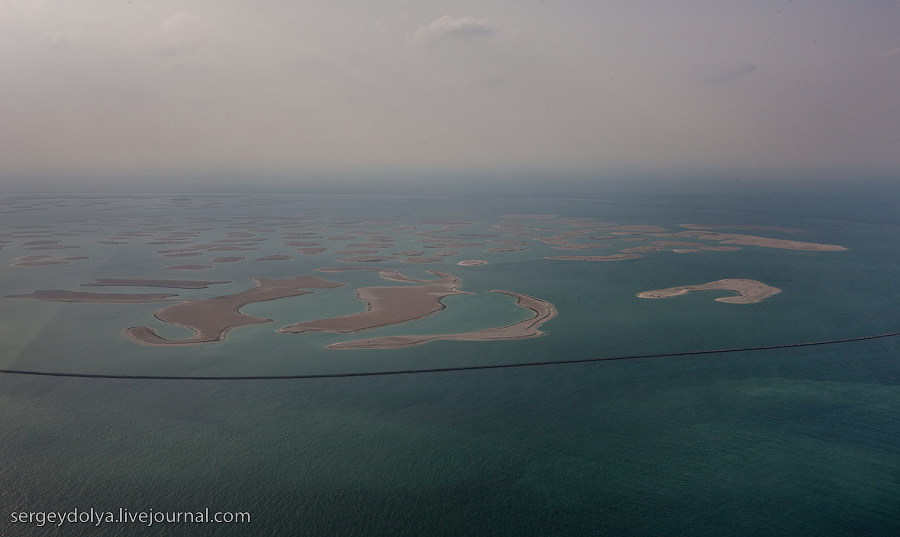 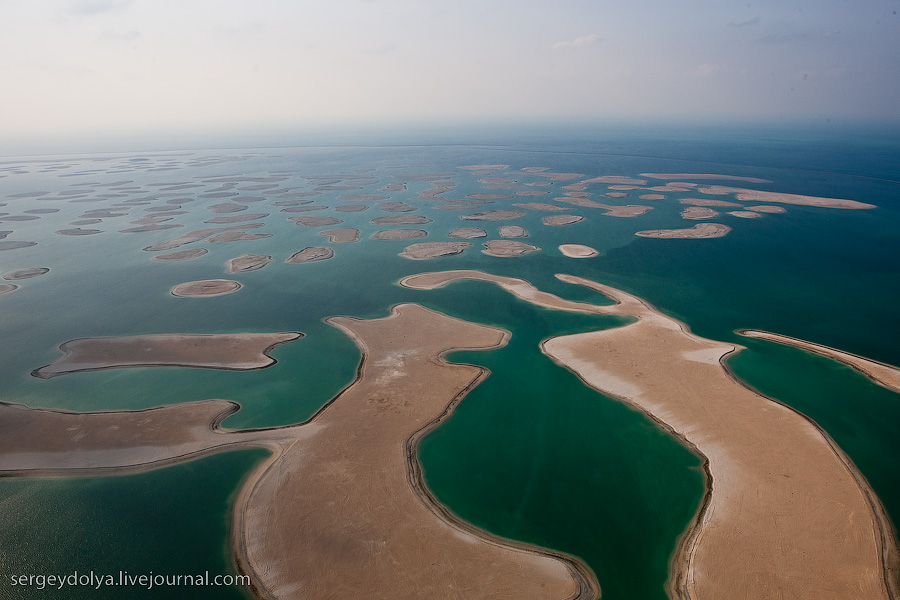 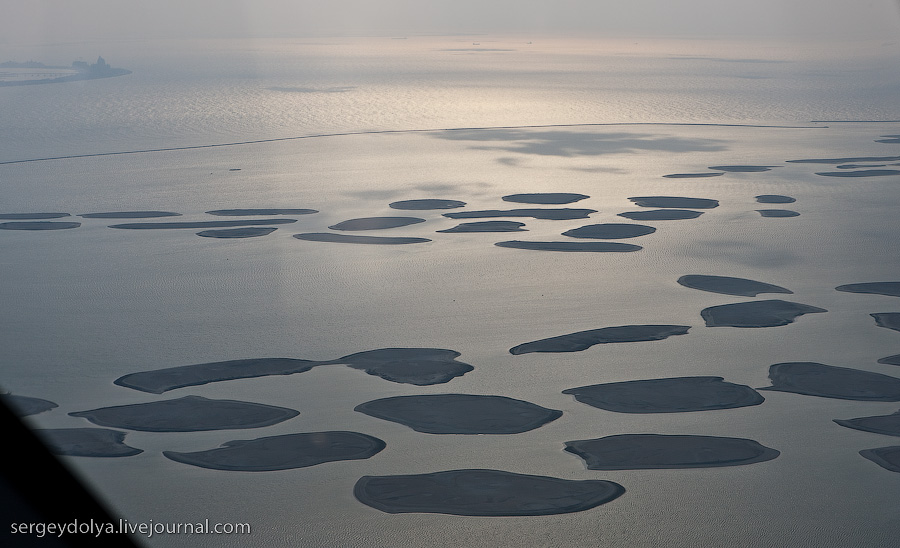 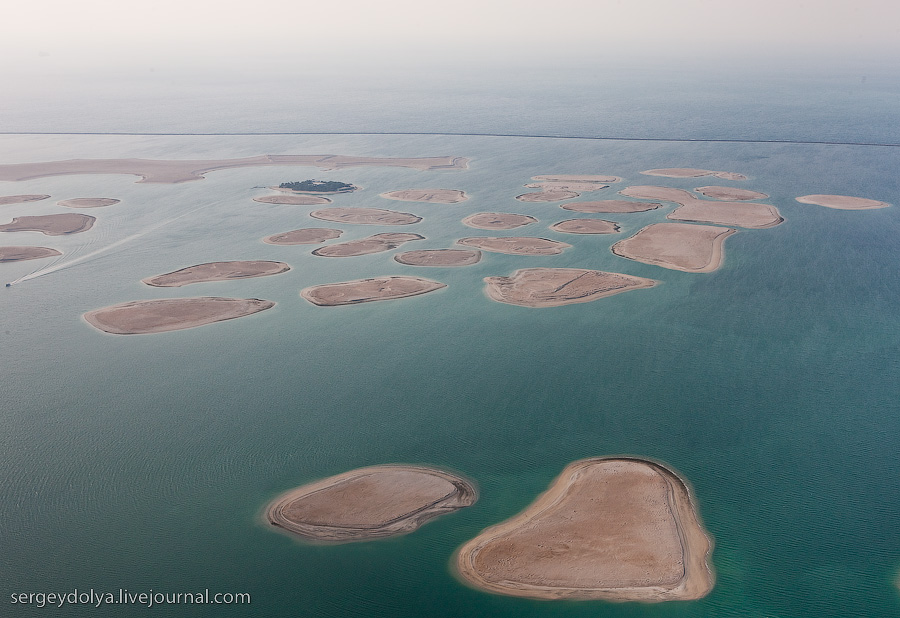 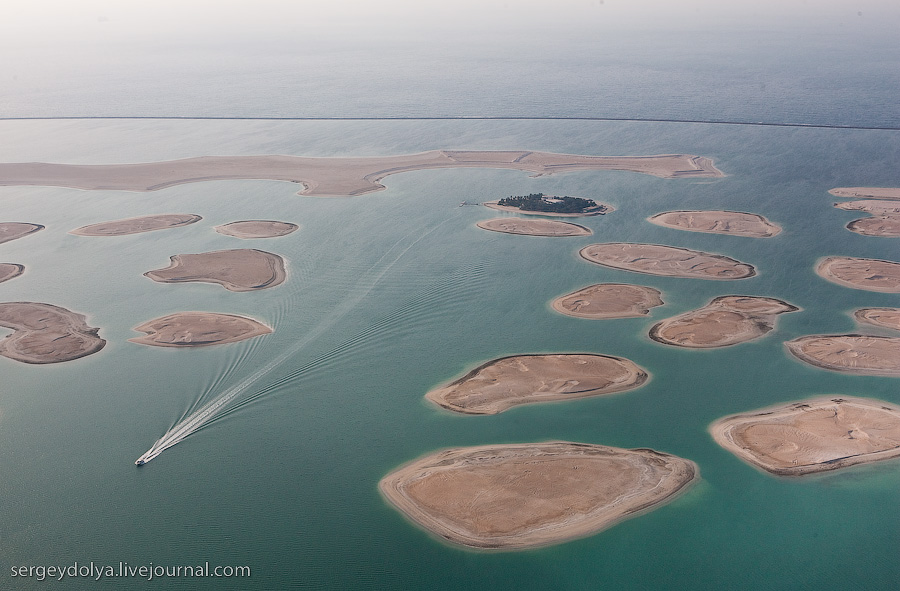 This palm-shaped island is Atlantis hotel. They say that one week stay in this hotel with your children and wife costs more than $12,000. Skyscrapers of Dubai Marina district. Then the center of the city ends and the industrial district show its face. And here the symbol of Dubai and the highest building in the world enters the sight, Burj Dubai. The huge building behind Tower of Dubai is one of the biggest malls in the all world, Dubai Mall. There is an oceanarium located inside and also lots of waterworks. Each evening terrific waterworks show is being held there. It was made by the same company as in Las Vegas, but on a large-scale basis. And now the rest, but not the least: