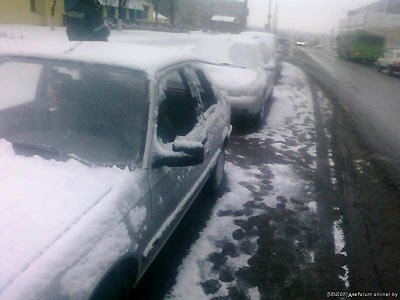 As it always happens, winter comes suddenly. Recently there was a post about how it is grand in Belarus, that all the streets are so tidy and all people are so civilized. But everything is not so smooth as it can seem. Some week ago several photos of Minsk, Belarus capital, winter preparations leaked in the WWW. Usually, when winter in Russia and other CIS countries comes about there are lots of special cars in the streets which spray special mixture of sand and salt to get rid of slippery ground on the pavements and roads of a city. And one of such cars literally shot dead 24 cars in the streets of Minsk. 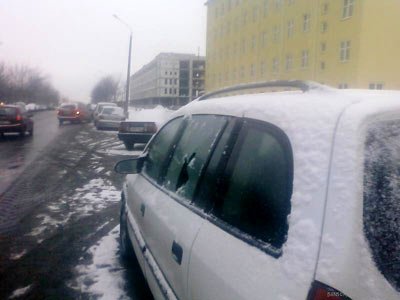 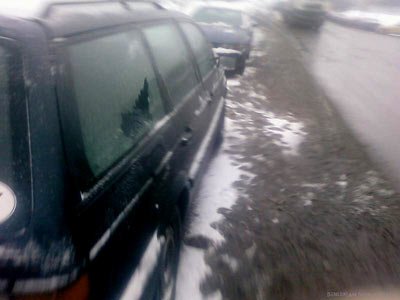