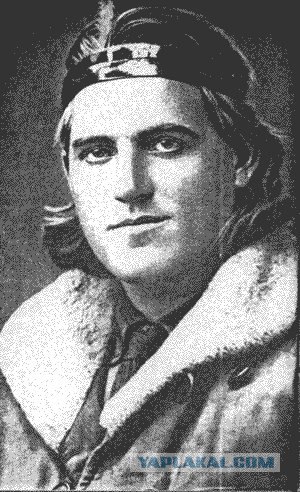 More than 200 cycling clubs from all over the world are named in honor of this person.

In 1928-1931 a young citizen of Kamchatka, electrician, sportsman, reserve commander Gleb Travin made an unusual 85 000 km journey. All alone he bicycled along the Soviet Union borders including the Arctic coastline.

He did not have any safety and many events he experienced during the journey he wouldn’t have pass once again as he claimed. There were many things he did not like to tell about though anyone in his place wouldn’t be glad to tell how he or she was ice-bound like a frog near Novaya Zemlya. It happened in winter 1930 when Gleb was roosting in the open sea not far from the shore, when he woke up he found himself in “an ice suit”. The snow covering Gleb turned into ice while he was sleeping… Then a knife on his belt saved his life… He managed to disengage himself and was lucky enough to find a dwelling. On his hands he crept to a Nenets tent. Although Nenets thought Gleb to be a space alien with a strange device on the wheels they finally saw that the alien would die from a cold injury soon before their eyes.

Hot tea, snow self-massage didn’t save the frost-bitten toes, fearing gangrene Gleb had to make an operation and amputate his toes within sight of the aghast Nenets. The Nenets women screaming out “Keli! Keli!” dashed off the tent. Later Gleb was explained that “keli” meant “a devil – cannibal”: “you cut yourself and do not cry, only the devil-cannibal can do the same”. 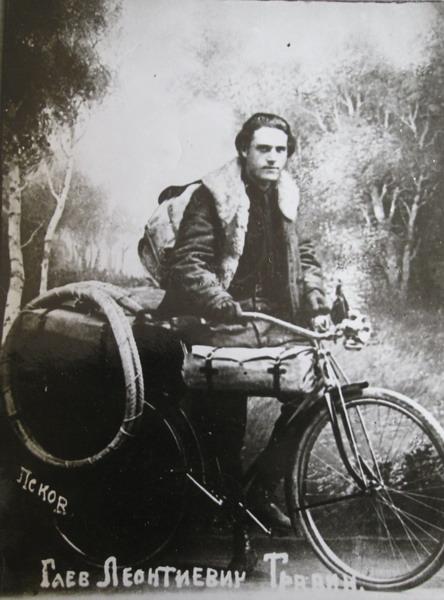 The heroes Gleb adored were Faust, Odyssey and Don Quixote. They all were a kind of explanation of Travin’s extraordinary dream. Faust captured Gleb with his insatiable thirst for knowledge, Odyssey perfectly stood the fate’s assaults, Don Quixote had an exalted idea of selfless devotion to beauty and justice. They all are the incarnation of a challenge to the way of the world. They all gave power to Gleb in his trying hours because having cycled to the Arctic Gleb defied too. 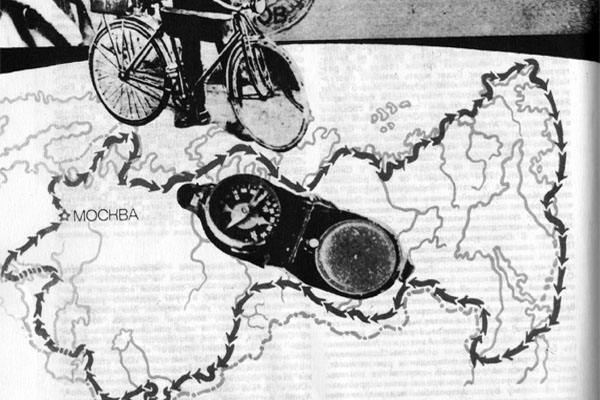 During his journey Gleb got added evidence that all that is strange scares both people and animals. His bicycle was his reliable bodyguard as all animals were afraid of it, either in taiga or in tundra.

Though there was a solitary case that frightened Gleb indeed. When he left that Nenets tent he was attacked from behind the back by a hungry Arctic fox that turned out to be a cunning and angry small animal. Luckily, being bitten a lot by the fox, Gleb finally outwitted the animal and stabbed it from the back diverting in front. The skin of that fox was travelling with Gleb right to Chukchi Peninsula serving as a scarf. But the thought of the Arctic fox attack had been a nightmare for a long time…

The Russian Far East, Siberia, Central Asia, the Crimea, the midland, Karelia, even Chukchi Peninsula and Taimyr that gave new black ordeals and new awards to Gleb – all these lands submitted to this extraordinary hero. 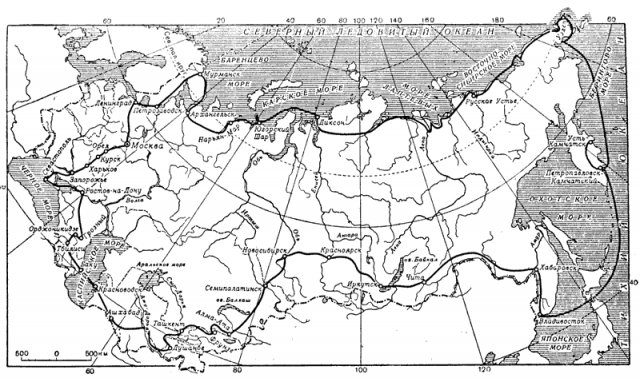 He had a great number of adventures – mammoths’ cemetery visit in Taimyr, a meeting with a cobra and a fake shaman, friendship and joint travelling with a polar bear cub and many other exciting events and stories… But could that be in a different way in the life of such a person?

19 thoughts on “Gleb Travin – adventures of a great bicyclist.”