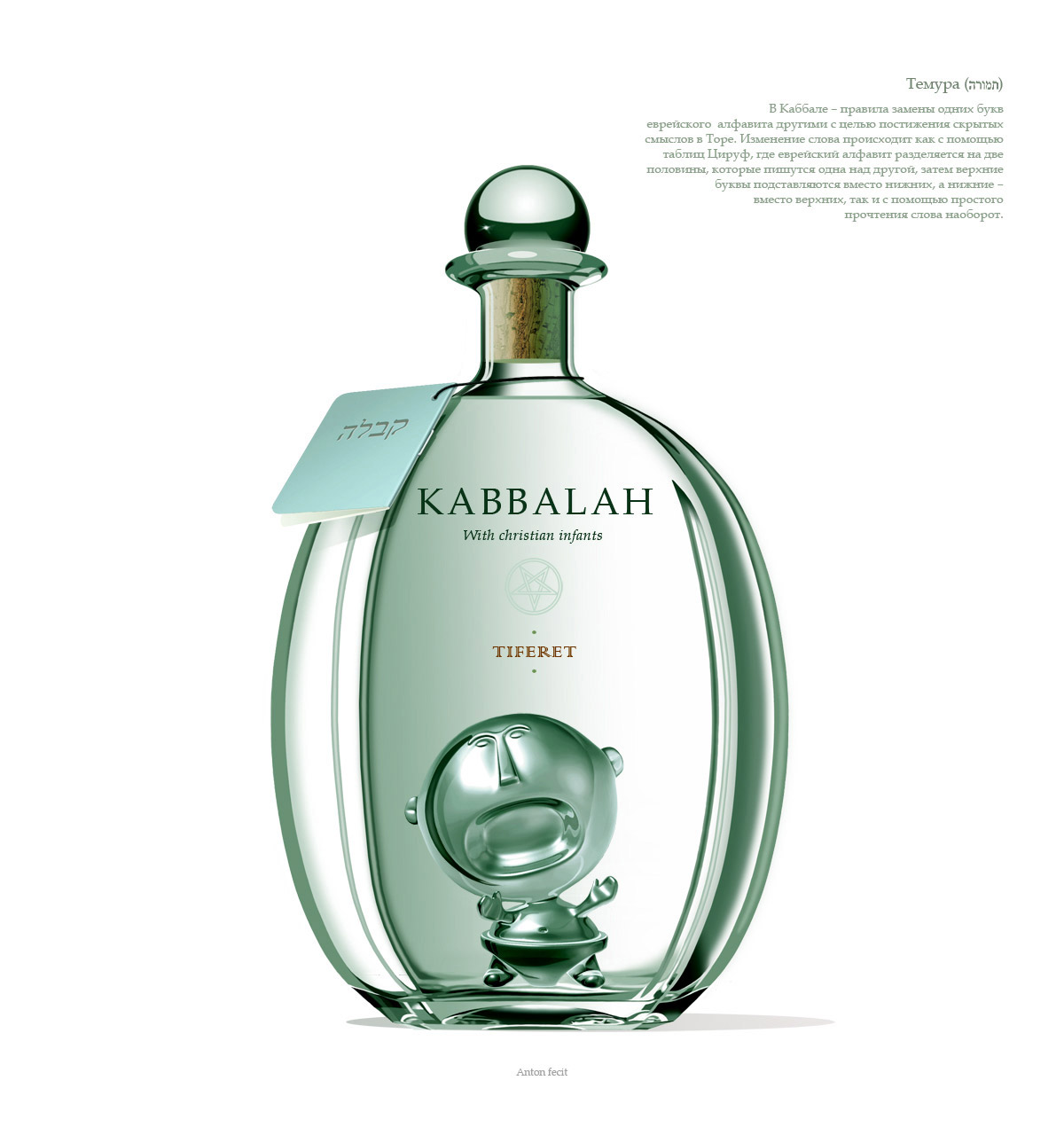 A short time ago the company “EZ Protocols” announced a start-up of vodka brand that is called “Kabbalah vodka – with Christian infants” – the newest quality benchmark on the super premium segment of the Russian market. The vodka is expected to have a distinguished wheat flavor. Special water, enriched in silver, gold and platinum ions along with neat and stylish design will bring anyone back to the best traditions of a ritual table. As a present, every bottle has a unique handmade infant inside, which is made of fortified glass. 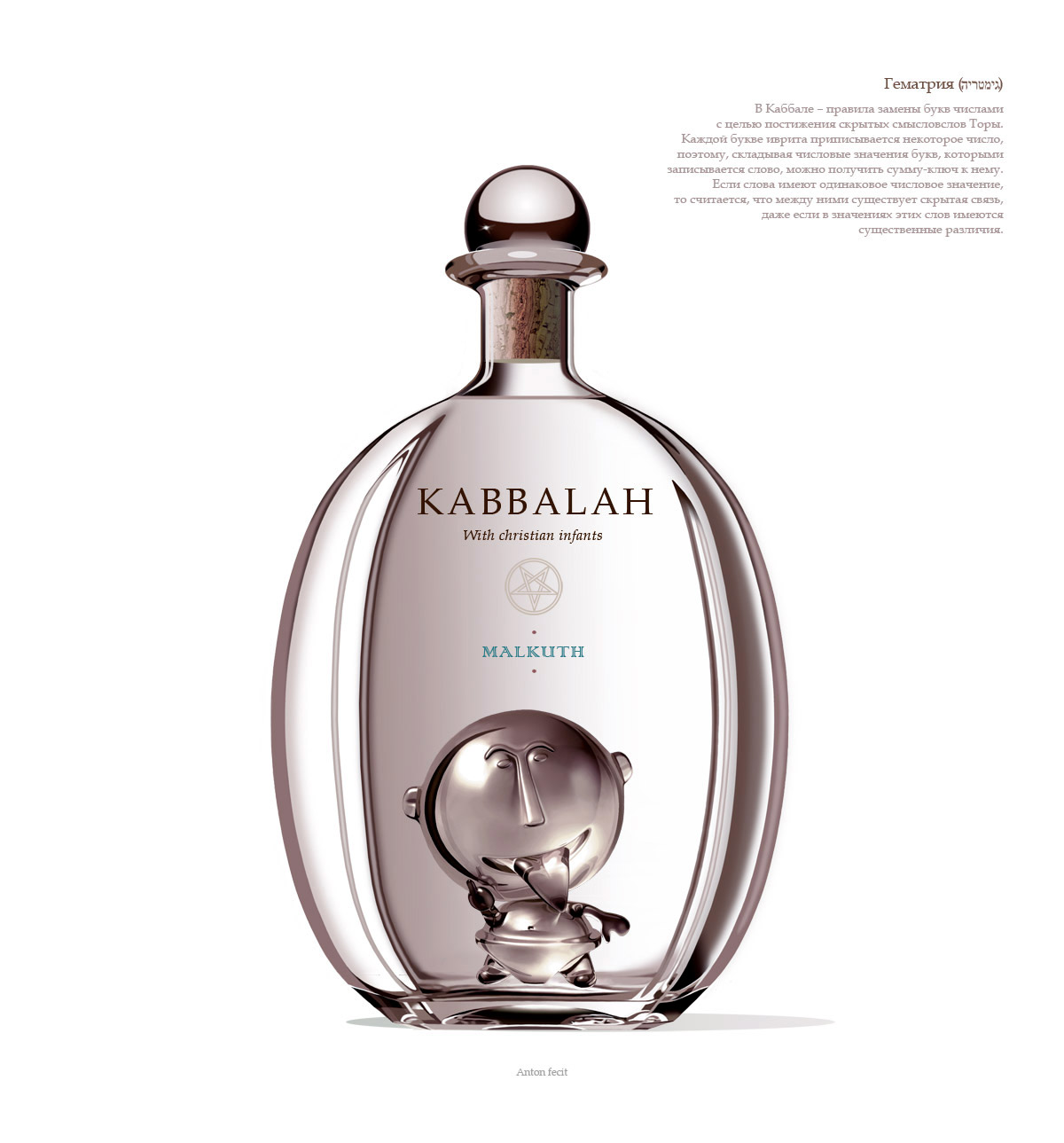 This drink is focused on strong and self-confident men from the higher orders that prefer authority to publicity and know for a certainty about the nature of power in Russia. An advertising campaign was launched with the distribution of nameless club cards and with clandestine presales at Internet-auctions. Just for a first day of sells, the vodka has managed to sell out more than 13,000 5-litre cases which is considered as an all-time record for brands of a given class.

A usual case of the vodka “Kabbalah” contains 10 bottles with different kinds of vodka in them and their selection is accidentally set along with 10 Kabbalah sefirot. The choice of a color of the bottle and the quotation from Torah written on the bottle backside are accidental as well.

Glass figurines are rarely repeated, not more than 3 times, and this feature most probably symbolize the three ways of Kabbalistic permuting of Torah’s texts. Considering the overall production, the figurines numbers must be huge. It has already led to creation of several vodka artworks private collections in Russia. Even a sort of black market has been borne that is renowned for selling glass infants. Phrase “glass kidnapping” is not a rare occurrence in the yellow press nowadays. Now, one can easily run across a new-made phrase in yellow press that has already become set, “glass kidnapping.”

In return to rumors and a sea of suits from many of human rights organizations the company “EZ Protocols” hastened to declare that no child has gotten hurt during production of the drink. 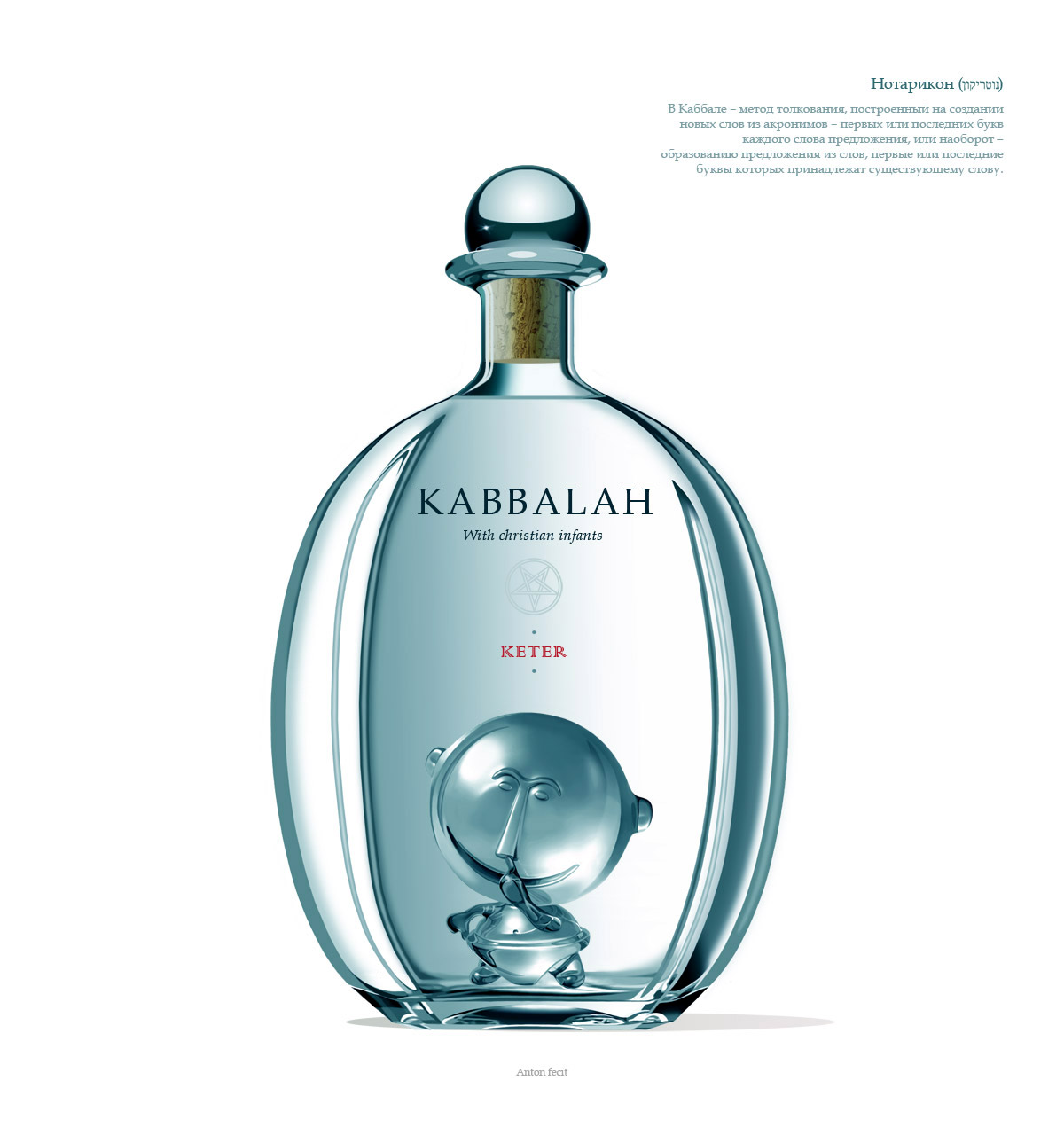 Story and pictures via – 1