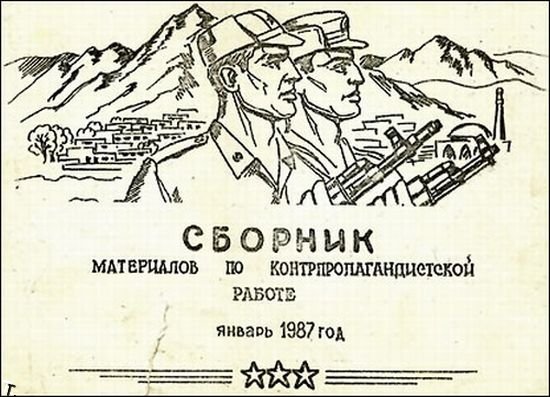 Back in the 80’s when the Soviet-Afghan War was burning hard and the Soviet Union was keeping the field, all Soviet soldiers in Afghan were given a refresher to know how to behave themselves in the alien society for them and how to carry themselves with strangers. 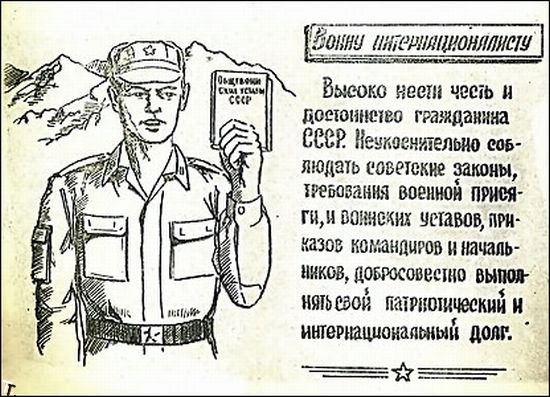 Bear head and dignity of being the citizen of the USSR high. Faithfully execute all the laws, requirements of the military oath, military regulations and follow the orders of commanding officers. To be conscientious in following one’s patriotic and international duties. 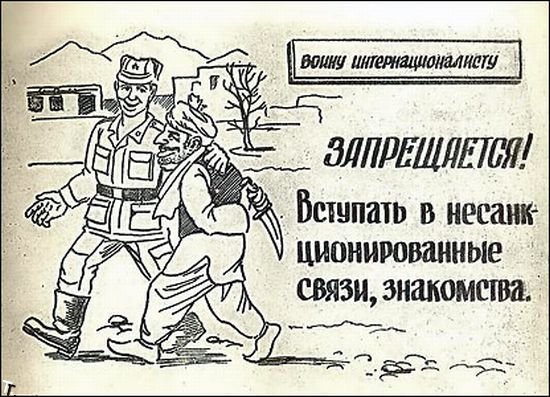 Forbidden!
It is forbidden to come in contact with any unauthorized people. 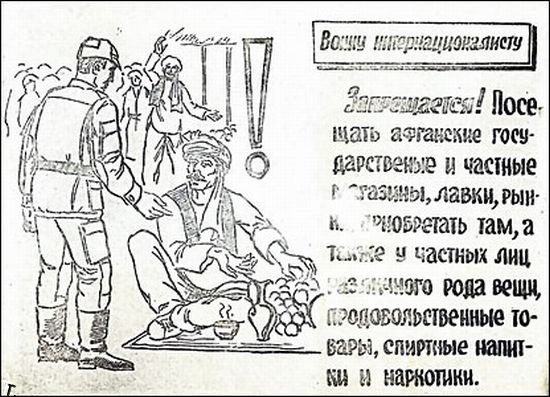 Forbidden!
It is forbidden to visit any state or private shops and markets and purchase there or from any other private citizens different things, groceries, drugs and alcohol. 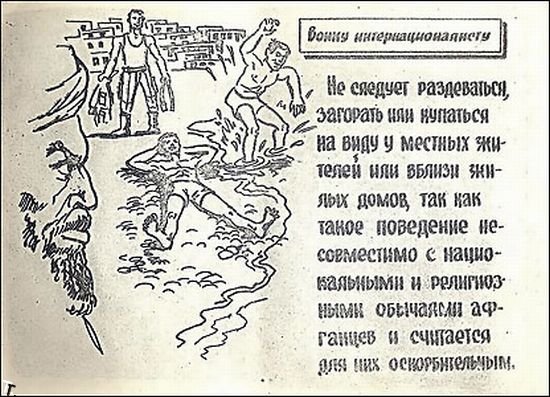 One shouldn’t take off their clothes, take a tan and swim in the public eye or nearby any residential buildings. Such a behavior is incompatible with national and religious habits of the Afghans and will be considered as an offensive activity. Forbidden!
It is forbidden to enter any yards and houses of locals, look into the windows of their houses, into the eyes of women and talk with them. Forbidden!
It is forbidden to receive any kind of presents from locals and local authorities as well as make use of any gratuitous and free services. One should always display highly attentive political behavior, always and everywhere to keep to secrecy order, do not carry on a conversation about any on-duty activities connected with life and combat activity of subdivisions in the presence of any unauthorized people.