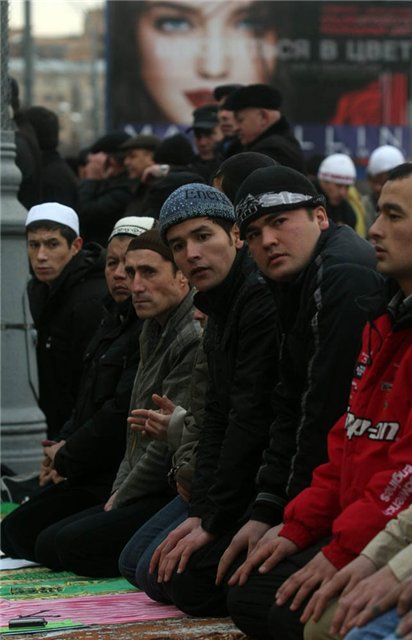 Every big city is international and it is impossible to avoid that. Once a city has peopled and population limit exceeded at least several millions, a sea of immigrants in the search of work and easy money start flooding the city out and it becomes hectic and busy. As soon as such a thing has already happened, it would be hardly possible to prevent the collision of different religions because most of people around anyone of us are not alike. 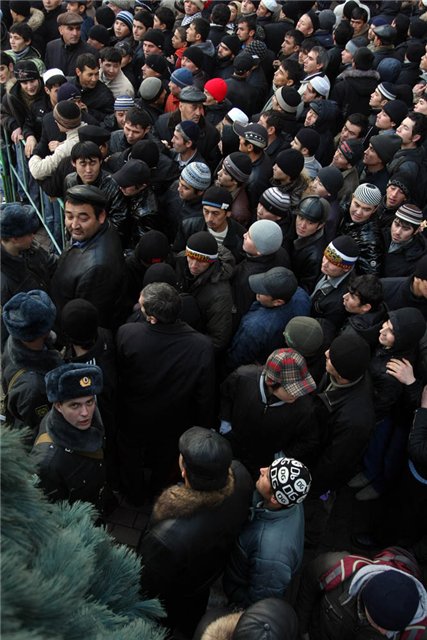 And this very thing has happened some 10 days ago when into the streets of two capitals of Russia, Moscow which is a business and official capital of the country and the city of Saint-Petersburg which has long been considered as a cultural capital of Russia, got out thousands of Muslim emigrants prepared to give themselves to the ritual rite. That’s exactly where the two alien cultures and religions began staring right into the eyes of each other quite grimly. But was it really some kind of silly misunderstanding or is there any blind spot, so-to-say cultural gap, some thing that sits tights deeper that we can imagine and that we are facing at the moment?

Eid al-Adha or as it called otherwise Festival of Sacrifice is a Muslim annual holiday which is usually accompanied by a ritual sacrifice of sheep to prove their obedience to God. The rite was held nearby the center of Saint-Petersburg city. This mass slaughter of animals spurred the wave of complaints among the city’s inhabitants. 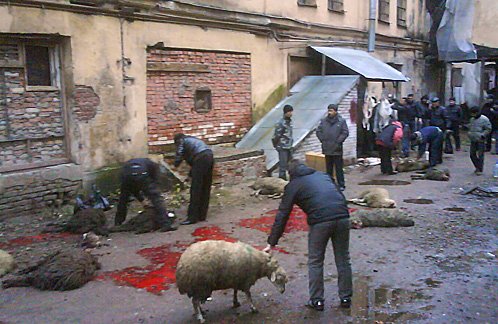 The only thing that residents of the city could make out of the mass killing are blazing cruelty and vulgarity. But there must be some other reason to stand for it. Maybe the reasons aren’t national? And it is not about religion at all. The roots of the problem go deep into the social and even sociocultural grounds.

All these people arrived to the big cities because they need somehow to earn money and to help their families. But it is not an easy thing to do at their mother soil and poor life conditions are barely oppressing. There is one solid answer to the question. All these people came from country and it is clear that for a usual towny it would be looking bizarre, but for them all these things are natural. There is one old Russian saying: “Brawn instead of brain.” But is the game worth of candle? Or would we sink to the level of the wild beasts and display our frank aggression?

No, I don’t think it is a right thing to do. As it was said in the beginning of the article, every one of us is different. And the answer to this question is kept in your head. There is only one thing you should do, pull your socks a bit up, rack it there and fetch it out.

116 thoughts on “Collision of Religions”