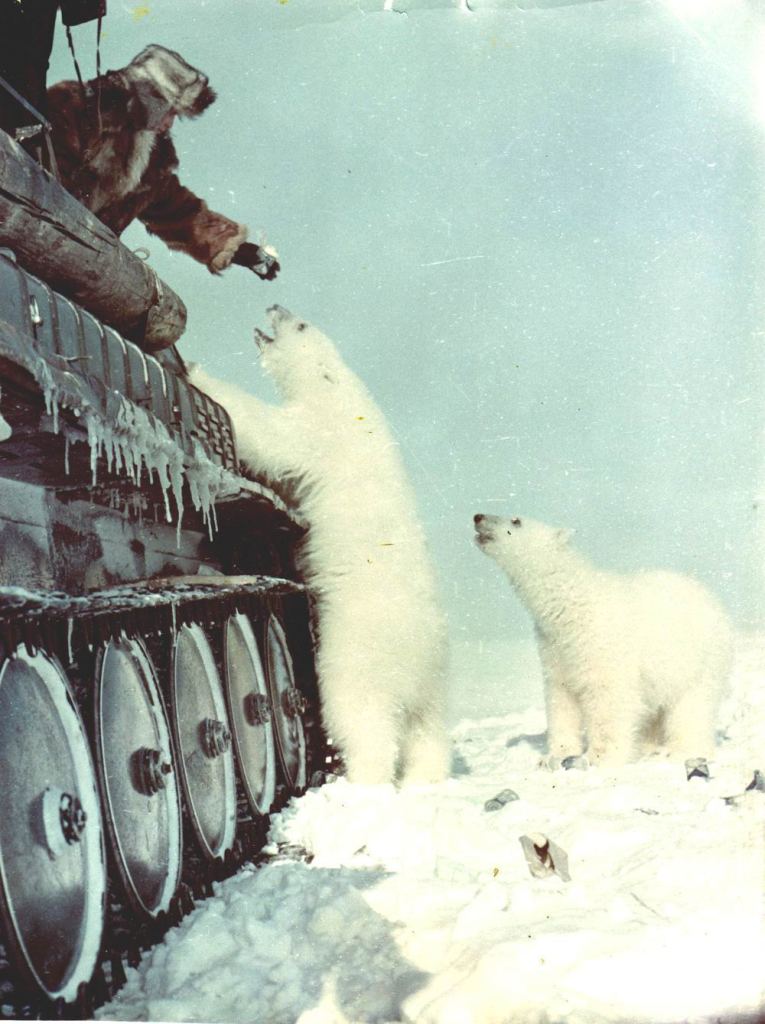 At the very eastern part of Russia, where lands of the USA and the Russian Federation nearly adjoining each other and only small neck splits these two spacious countries, there are Chukotka peninsula and the Chukotka autonomous district situated. 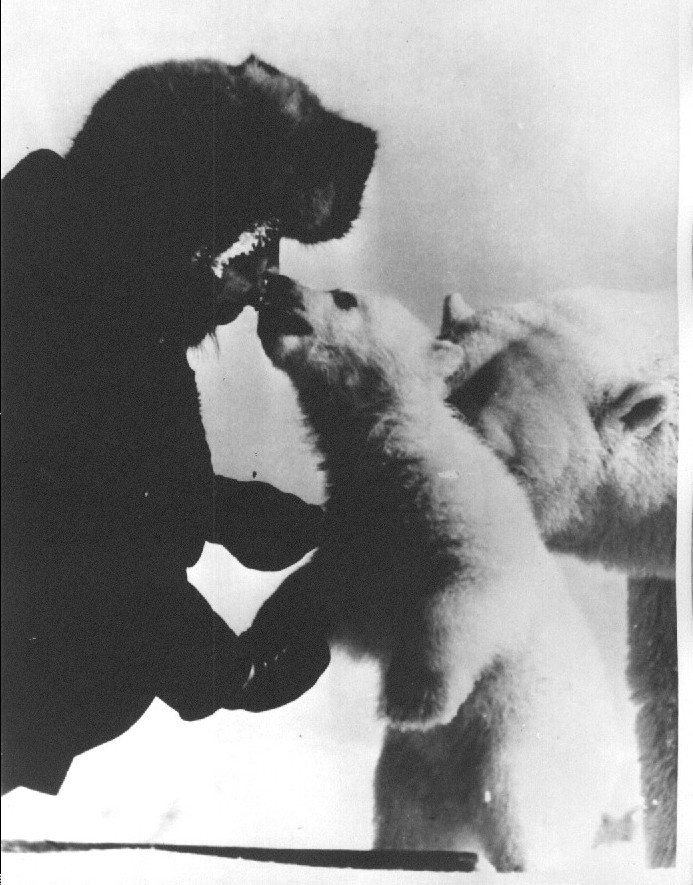 The place isnâ€™t so populated and we cannot say for sure what kind of inhabitants it has more, people or white bears. It is the same thing as in New York city, we canâ€™t say what it has more â€“ tourists or yellow cabs. The most densely populated city of the region and its capital as well is Anadyr with 11,000 of citizens according to 2002 population census. But just imagine yourself how many residents the city and the region altogether had 50 or 60 years ago when the colonization of the region just began.

The climate is very severe and sometimes weather can be so fierce in winter that the temperature falls 40C degrees below zero (it is the same by Fahrenheit, -40F) so that poor white bears and their children start starving and freezing though they arenâ€™t supposed to freeze with such a jacket of their.

And where do you think they would search for help? Yeah, you are absolutely right, they will go to their next-door neighbors looking for help of any kind. But a man always was just a slab of meat, toy and bait for such a leviathan as white bear.

And beliefs arenâ€™t always so true-to-life. Or may be it is the climate and the Russians with their spirit are responsible for?

People didnâ€™t turn their backs on the poor and starving animals and started to feed them every now and then. Of course you do not have such big amounts of meat at home to feed several white bears. And people decided to feed the bears up with what they had in abundance â€“ tins, or to be more exact, condensed milk. 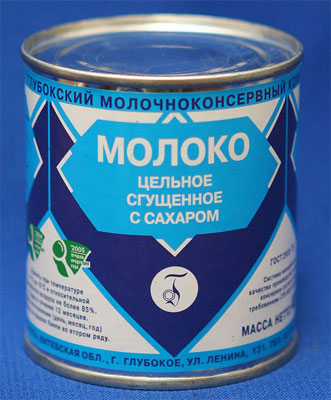 From the immemorial and so far, the usual condensed milk tin looked like that one on the picture. At first people who were striving to help bears opened such a tin with a tin-opener and then gave the can to the she-bear who licked all the milk from tin and then feed her little bears with it. 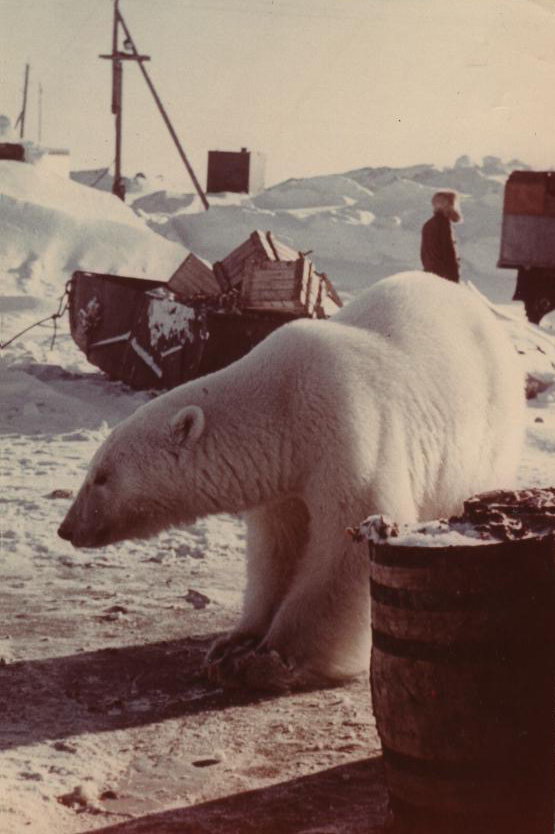 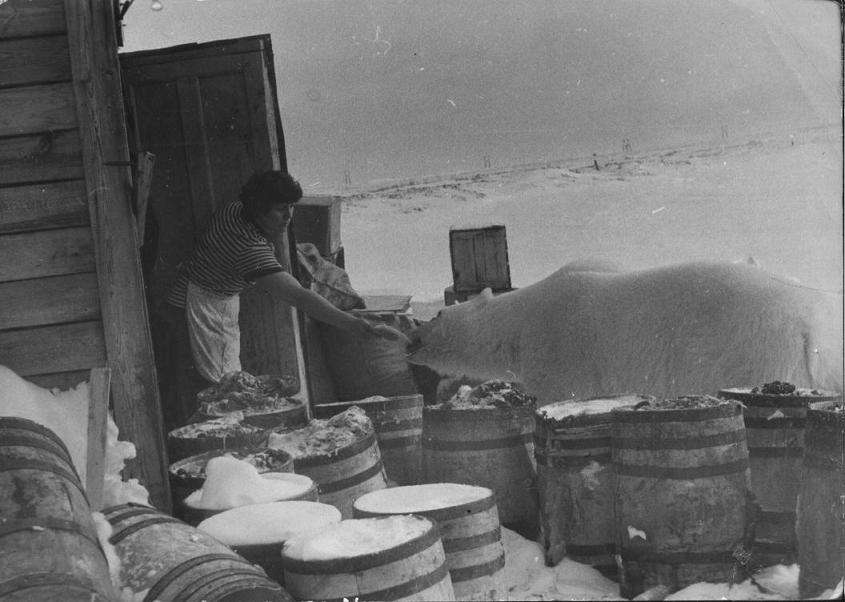 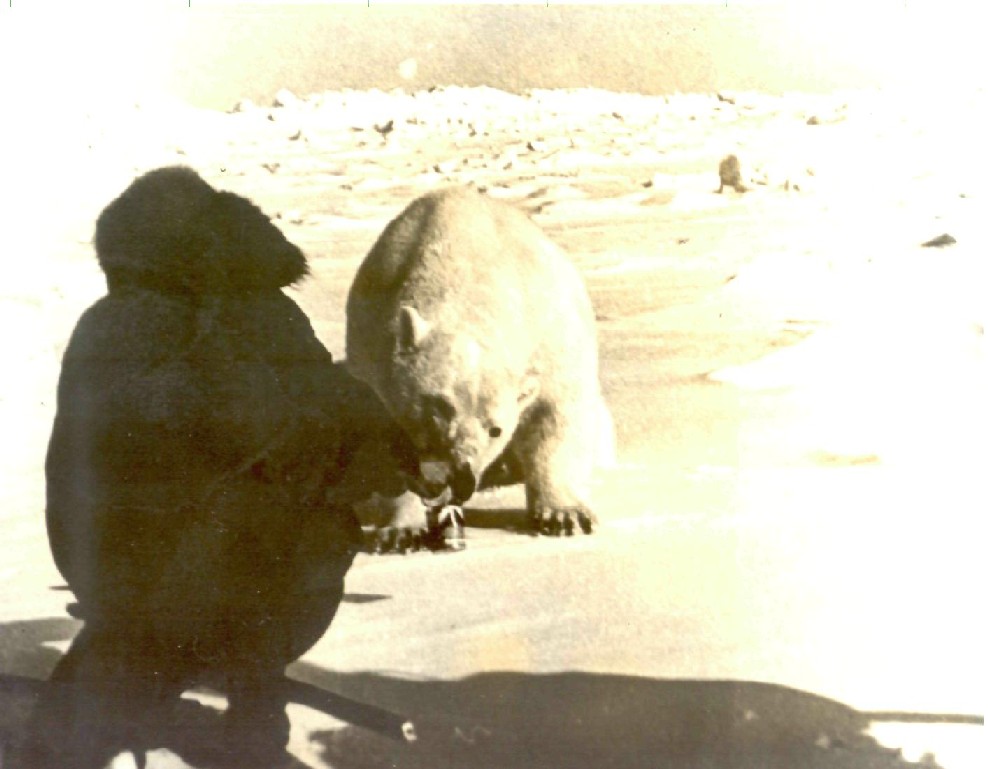 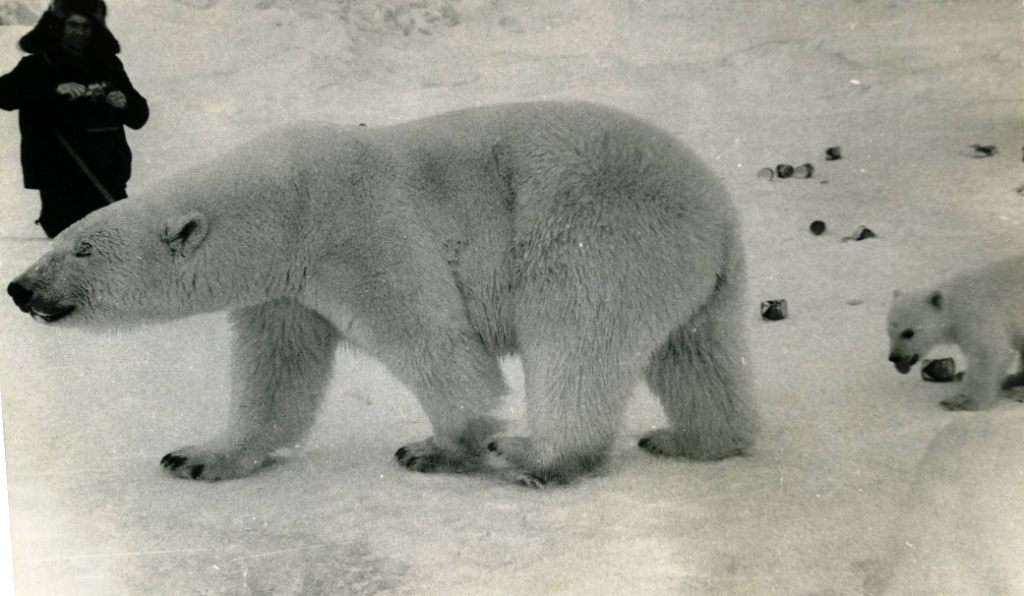 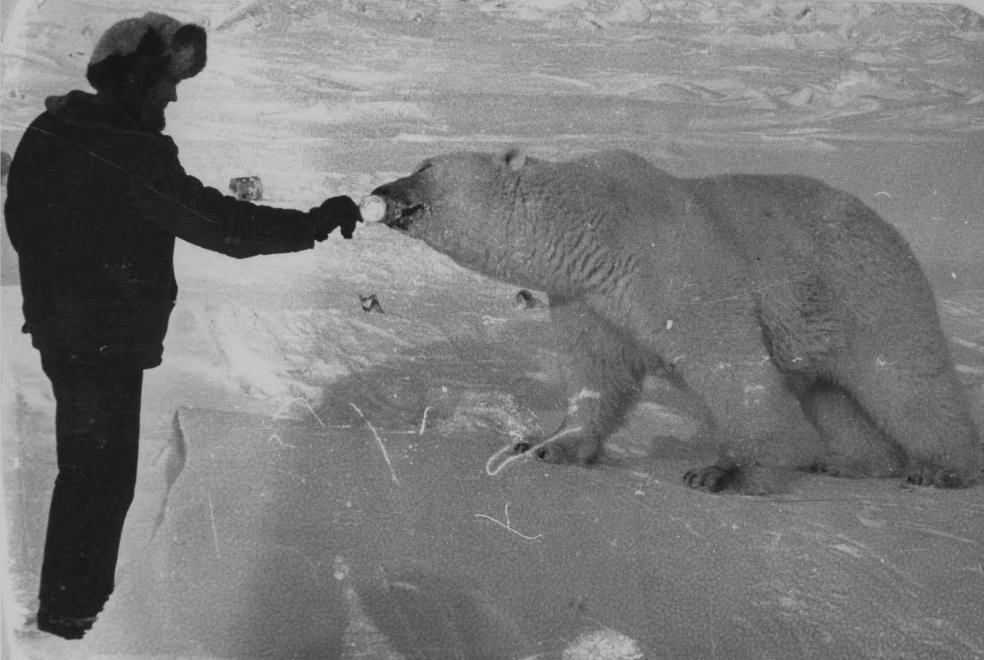 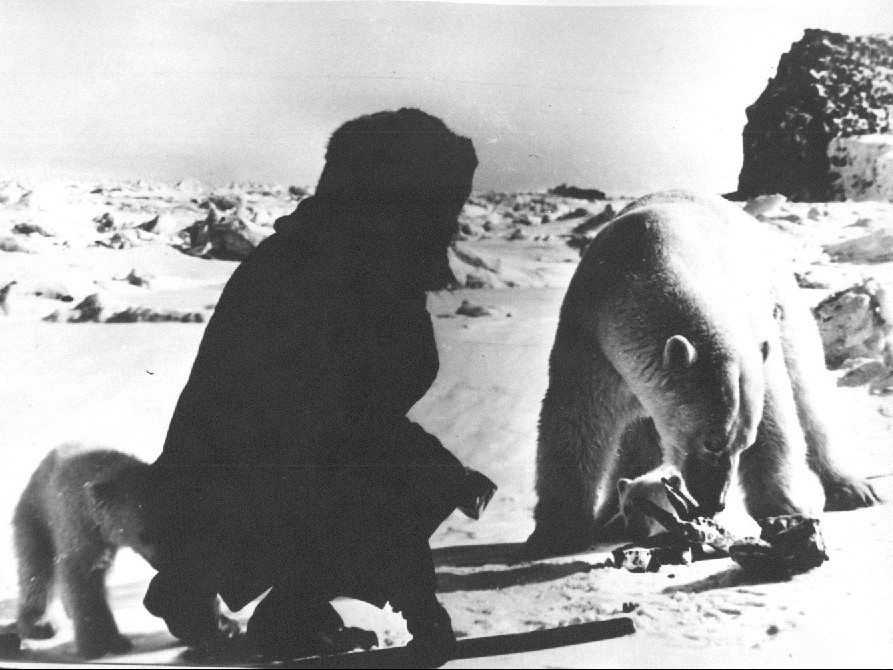 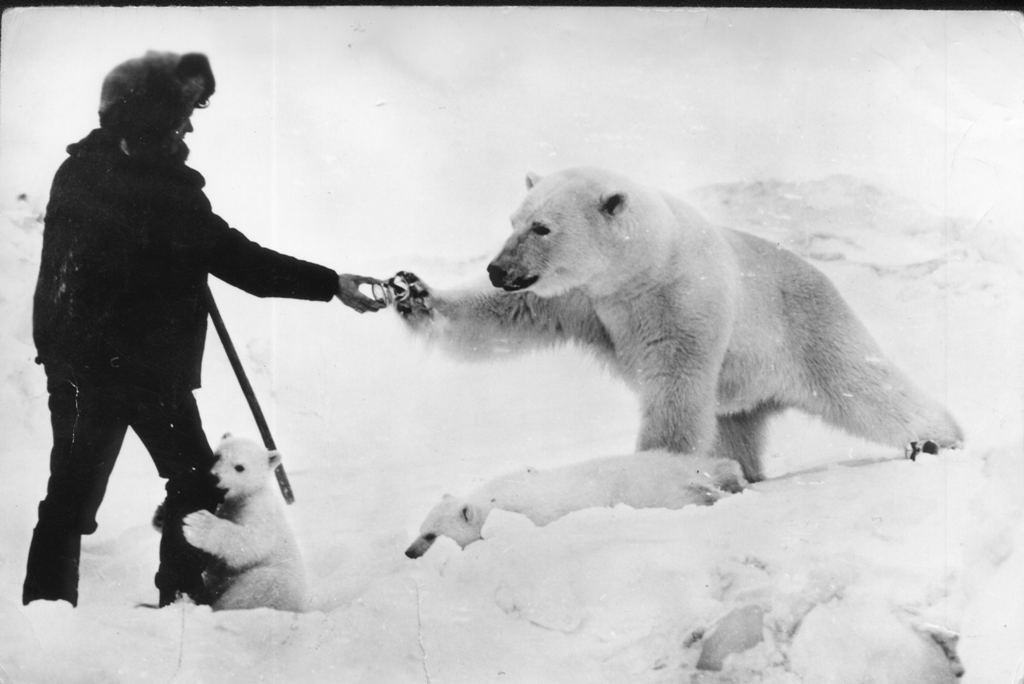 38 thoughts on “Socializing with Bears”