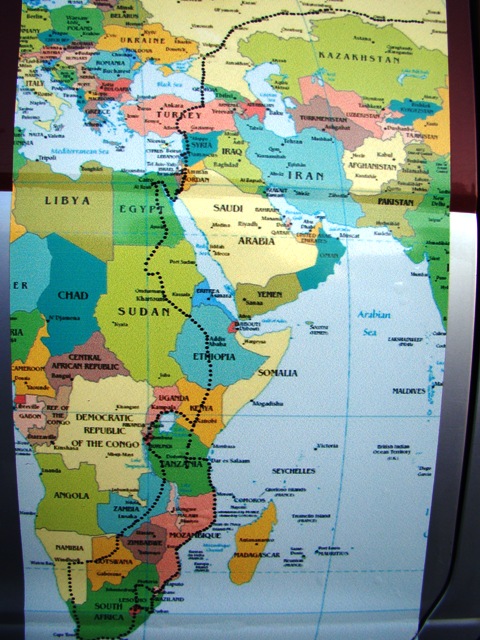 The name of this man is Alexander Glazkov and he fancies traveling so much. For the past decades he visited lots of countries all round the world. This summer, while sitting in the Russian bath-house a crazy idea came to his mind. He has everything – money, lots of time and most importantly he has desire. And he thought why not to travel from Novosibirsk to Cape Town, RSA, by his van car? Yeah, surely. Why not? 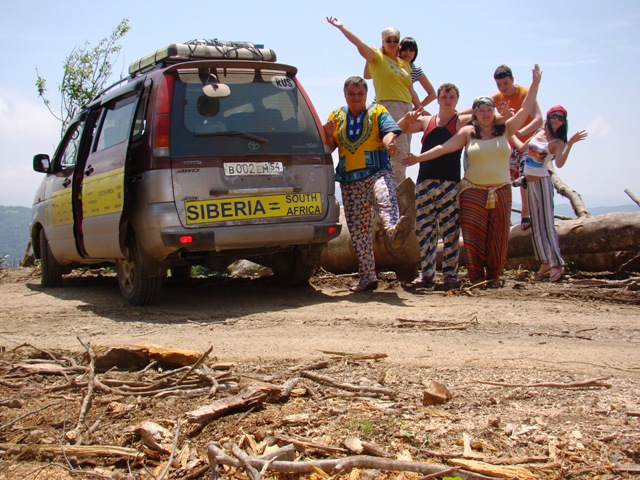 He took all the members of his family – a wife, son with his bride and daughter with her fiancé. All the things were supposed to be fixed up quite tight, the car needed to be completely repaired, all the baggage packed up and spirits raised to the top.

Seems like everything is ready and the happy family is set to commence their trip. The first country they visited was Turkey. They settled up there for a week or so because the father wanted to freshen memories of his prior trips up. As it was already said, he visited many countries and he told that it wasn’t so difficult to travel around the world this time because he seemed to remember all the places by heart.

Then they continued their journey and now they were already in Africa. Lots of different problems with numerous visas, bad roads, dangerous illnesses and unusual for their organisms food waited them about but fortunately they managed to make it through and eventually they reached RSA, Cape Town city, where the Cape of Good Hope is located.

The beginning of their trip was in the early August and by the beginning of October they managed to make it. But then one problem popped up, they didn’t want to go back to Novosibirsk using the same way as they came to RSA. And they decided to buy the plane tickets to send their children back home because the school year already began. Husband and wife themselves decided to keep on with their trip and make it round-the-world-one. They shipped the car to Buenos-Aires, Argentina, and bought the plane tickets there. Their future route lies through all South America to the USA, Canada, Alaska and then finally back to Russia, to Vladivostok and Novosibirsk at the end.

Well, what can we add? Good luck, Alex!

And don’t forget to get the new stickers for your car!

To be continued? Most probably… 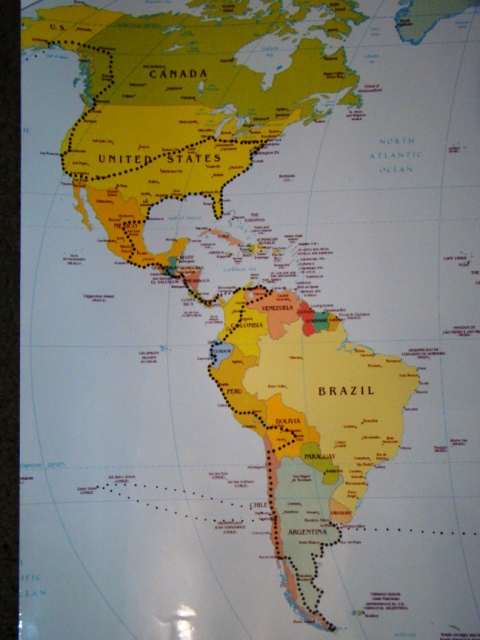 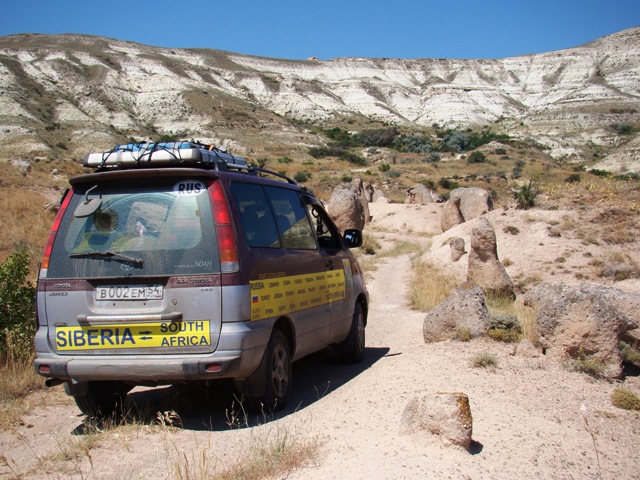 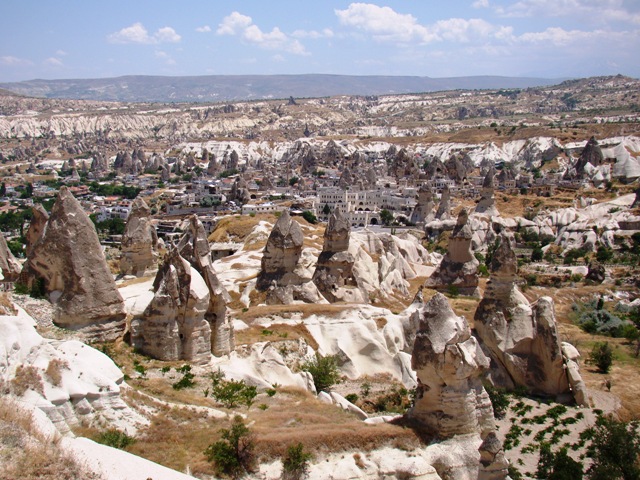 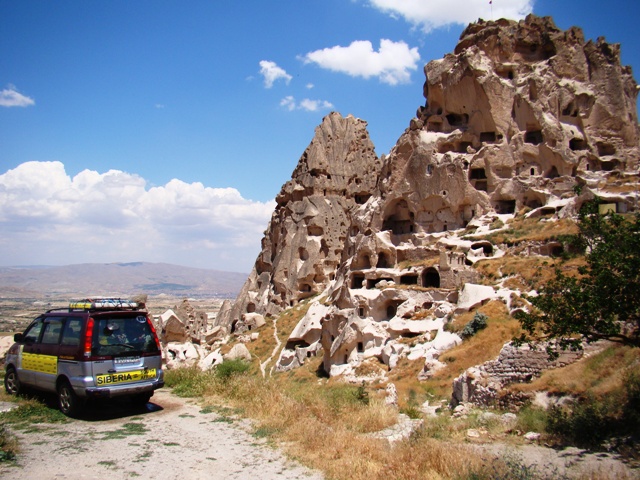 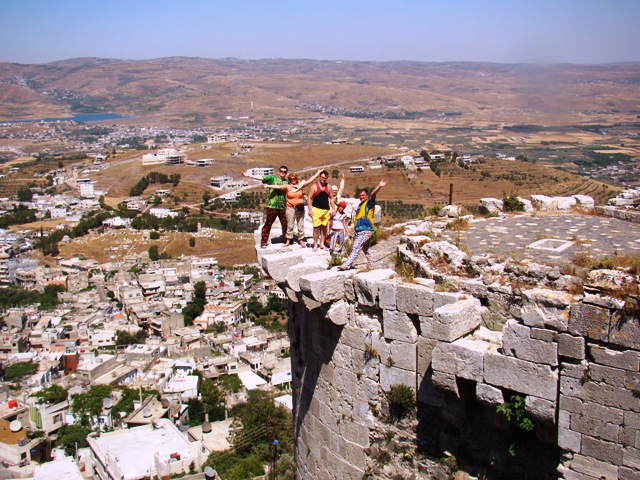 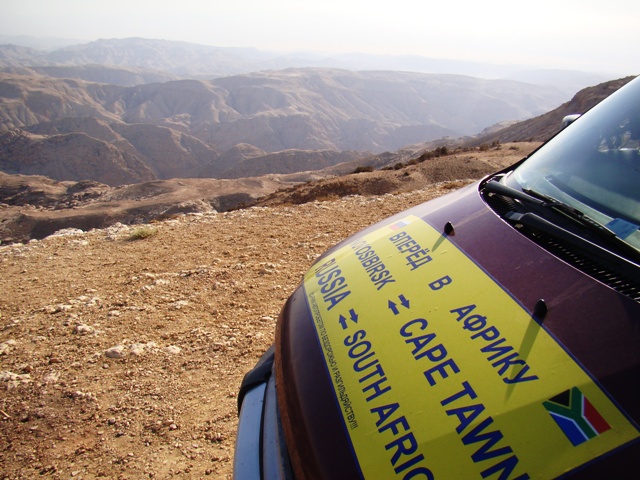 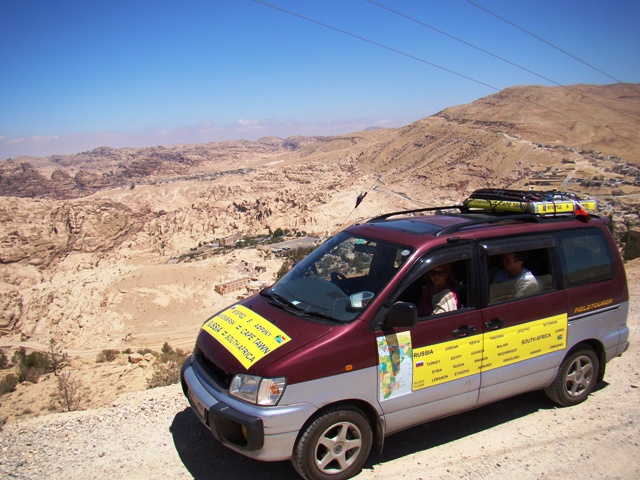 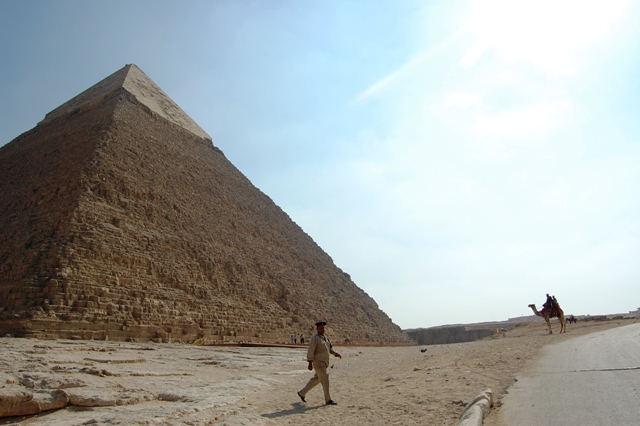 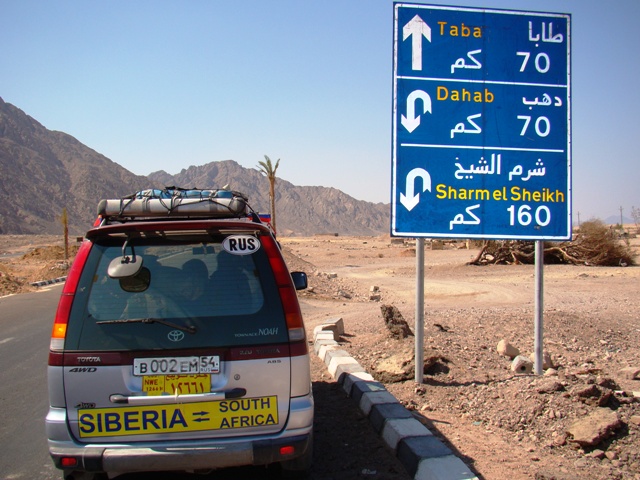 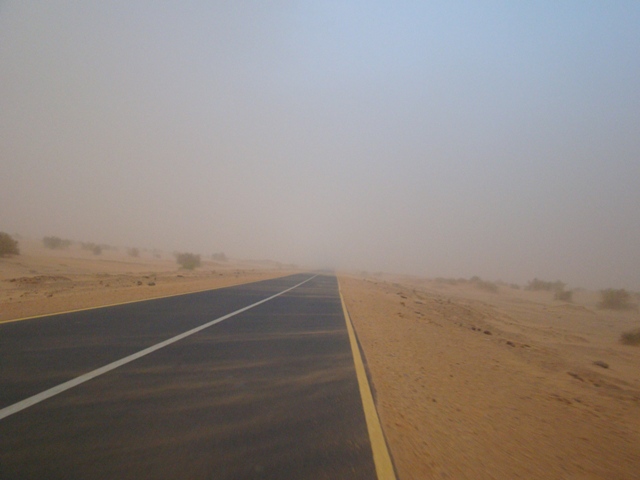 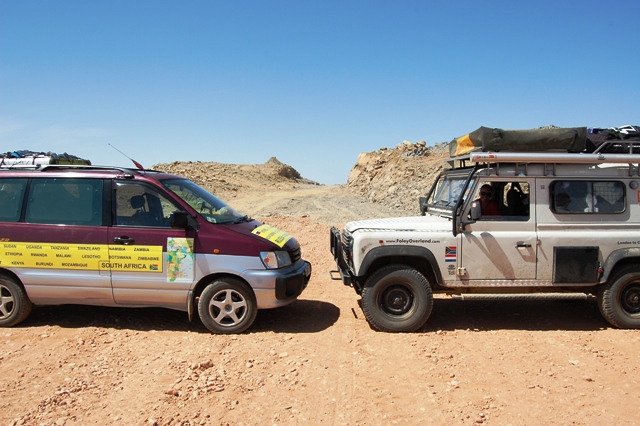 48 thoughts on “Around the World”