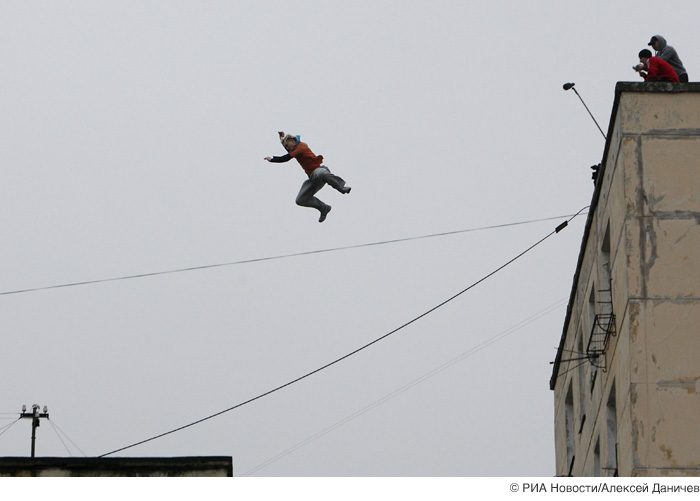 The second capital city of Russia, Saint-Petersburg, can boast of beauty of its architecture. But its off-beat design is not the only thing the city can show. Also it has a great diversity of different subcultures with lots of followers. And recently two guys from one of city’s traceur movements decided to take their chances and make the use of their city’s architecture.

It was really a crazy thing, a jump from one building to another. The point is that the buildings were the same height. A leap from nine story building to a five story one without any breakfall. The distance between two roofs was 11 high (~35 feet) and just 7 meters (~22 feet) long, though it’s kinda spooky to talk like that about 20 feet length of a space.

Just try to imagine how does it feel to stand at the edge of a roof staring first at the other roof and then again at the ground, in and out, in and out. After all you are eventually fixing it up, getting a few steps off… Getting run and the same thought rattling in your head all the time – the main thing is not to catch the roof edge up. And the second later you are flying already and comfy mats waiting for you at the other roof along with your friends. Well, nothing venture, nothing have.

As you can see by photos, the second jump was also a success. They say that the two guys were inspired by the similar roof-to-roof jump of traceur sport founder in Paris. 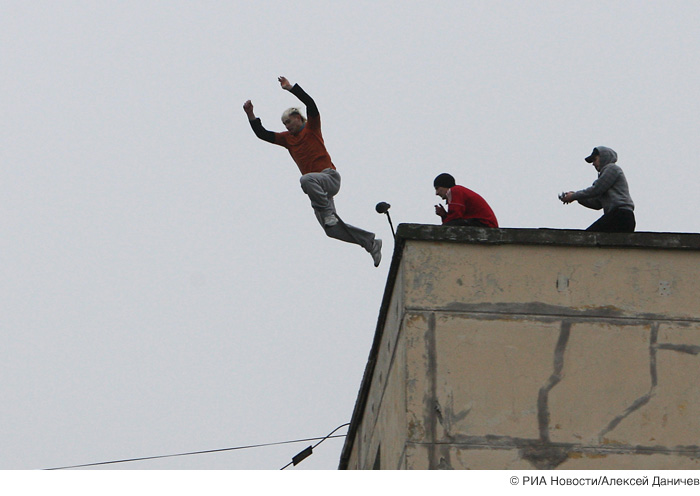 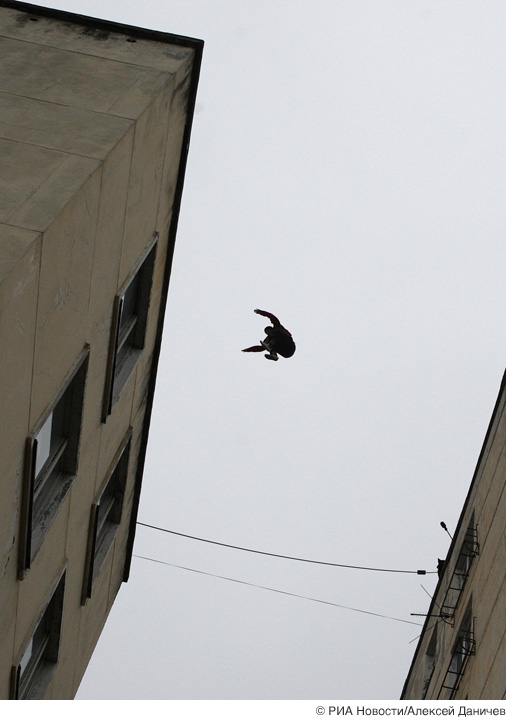 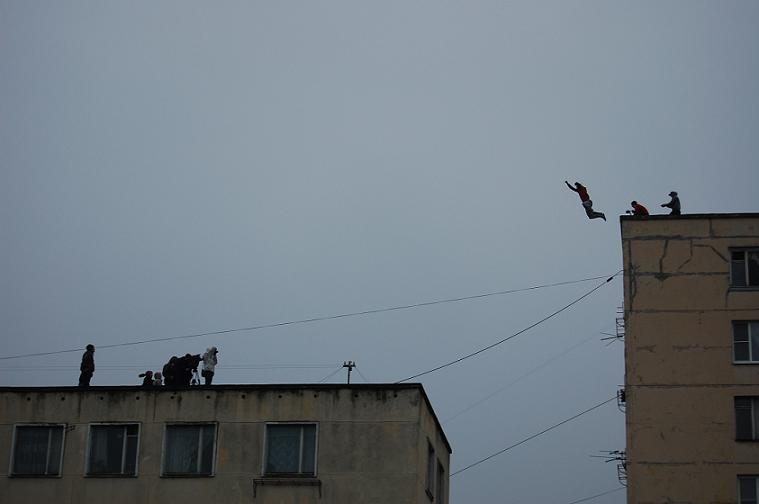 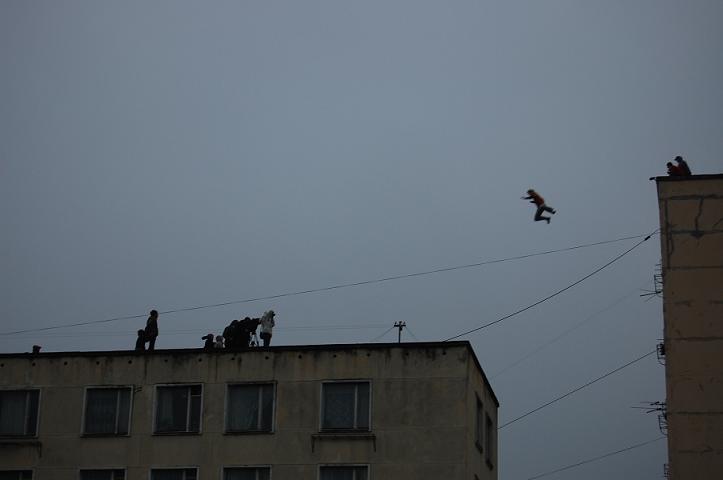 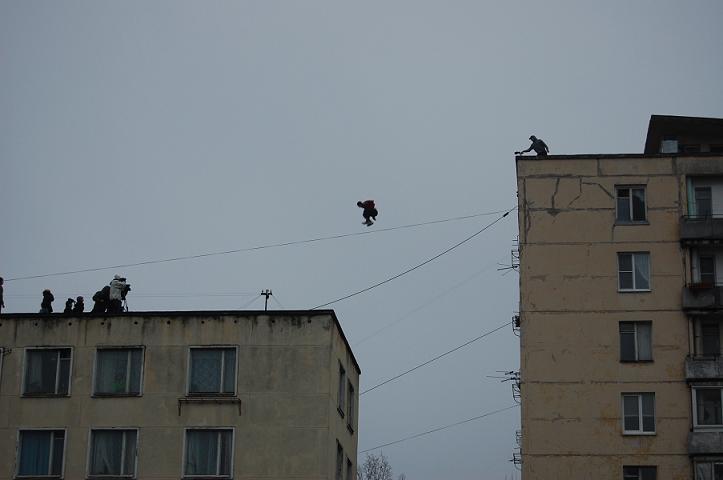