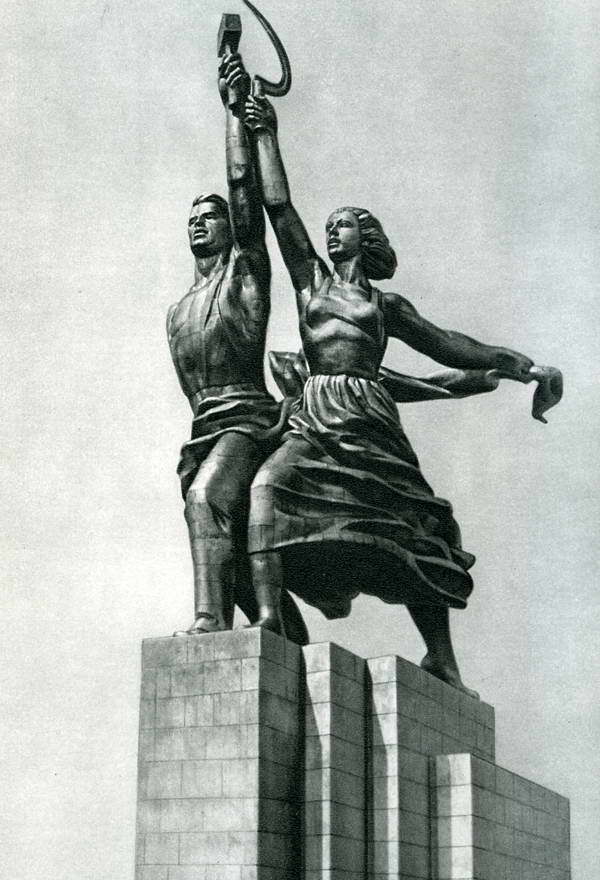 This monument called Worker and Kolkhoz Woman (Rabochiy i Kolkhoznitsa) was made for one of studios in VDNKH and first time displayed in Paris in 1937. There was hold a competition for the post of a chief architect and one of the famous Soviet architects at that time, V. I. Mukhina, won the contest. The memorial of an impressive size was created. But while transporting the statue from France to Russia after the exhibition it was heavily damaged. 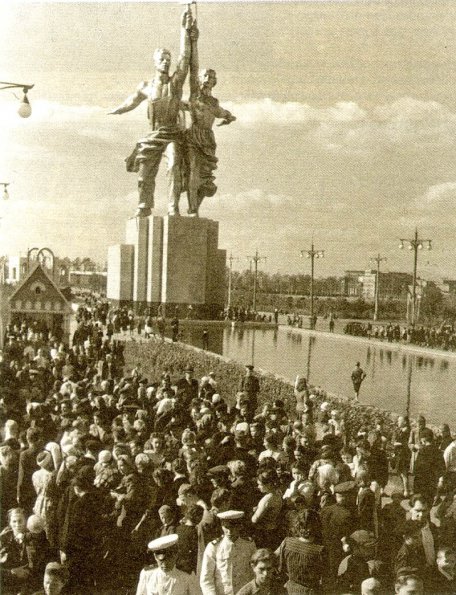 The Worker and Kolkhoz Woman artwork is 25 meters high (300 feet) and it was made from pure bronze. It shows us how two people, man and woman, stand together shoulder to shoulder and rear an insignia of the USSR high in their hands. These two symbolize masters of the Soviet land â€“ the working class and Kolkhoz farmers.

After the accident, monument was modernized and proudly placed standing on one of the studios. And it stood like that till 1979 when it was modernized one more time. Because the symbol of the country needs to be tidy all the time.

Some years later, when times of the Soviet Union had passed, it was standing there and nobody cared about it much. So it began to look tackier and tackier till in the beginning of second millennium it became looking really time-worn and run-down. And only then the authorities started to tackle this problem.

The statue was in a critical state, so it was demolished very quickly and repeatedly sent on a new, and this time thorough modernization. Now the monument is being rehabilitated and the authorities of Moscow are building new pedestal for it. This time engineers decided to use a fortified and stainless steel for the monument and it doesn’t look bad at all. Moscow state authorities promised that the statue will be standing there looking as good as new already at the end of 2009, in December. 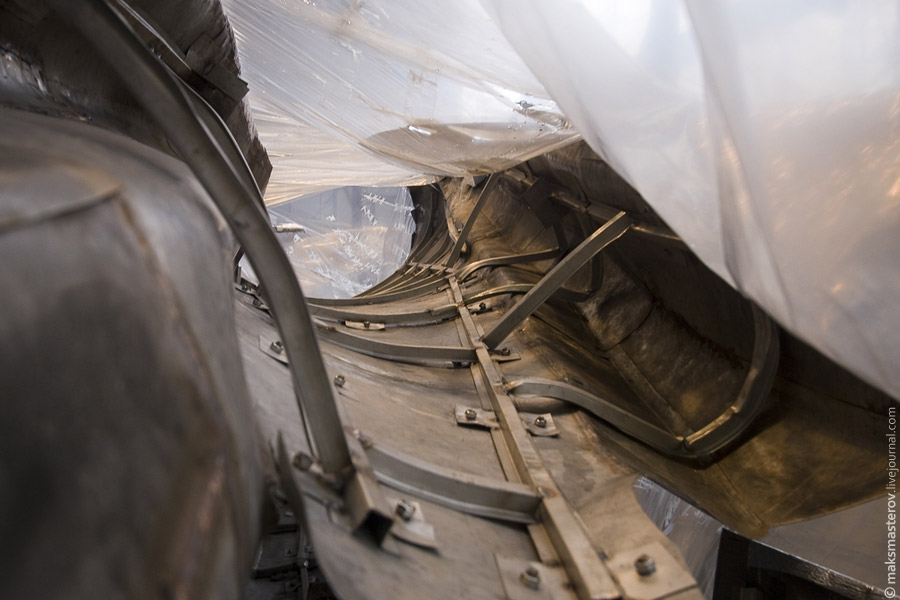 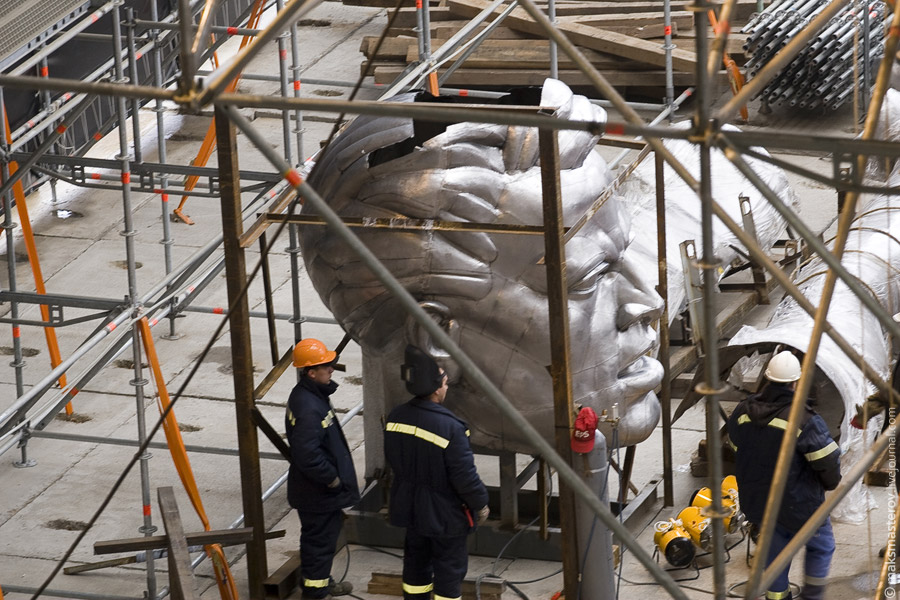 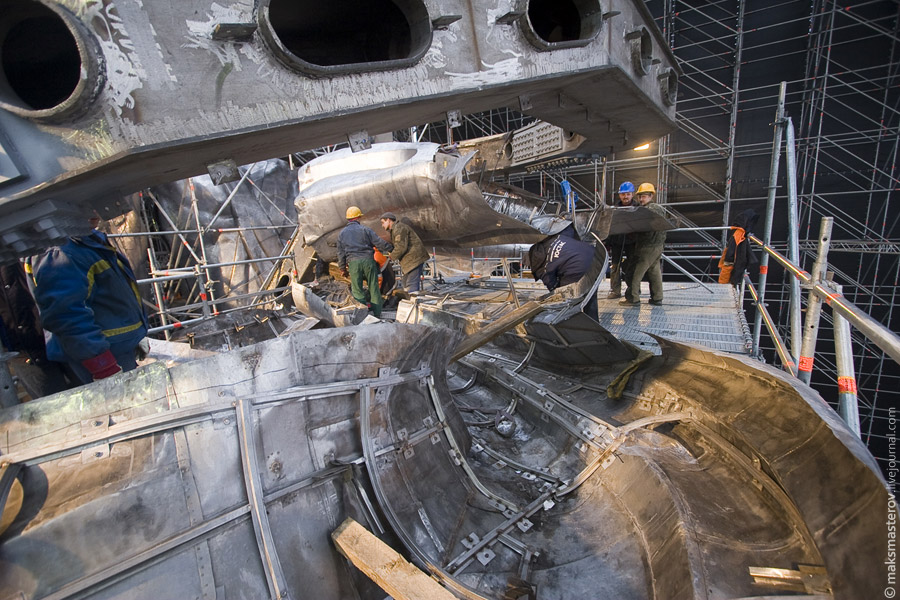 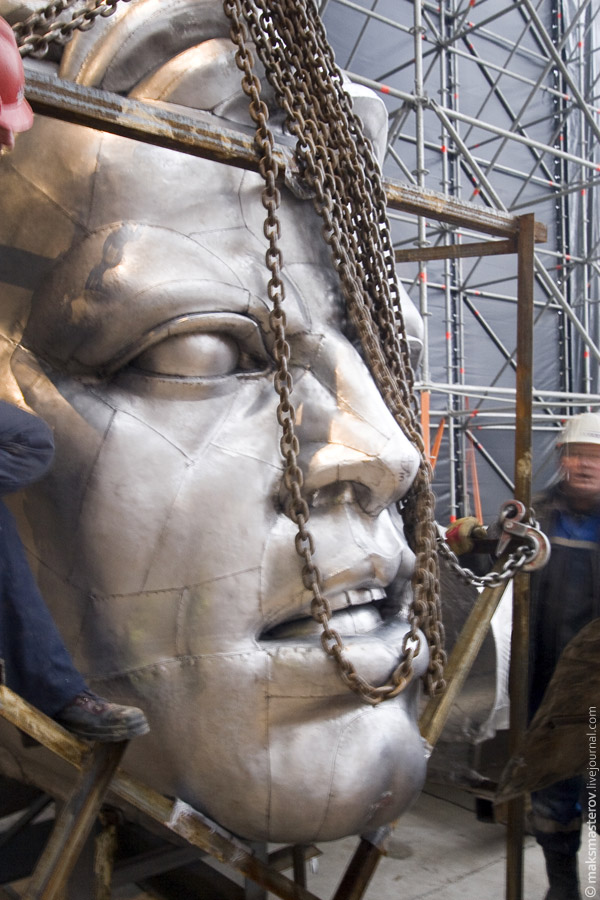 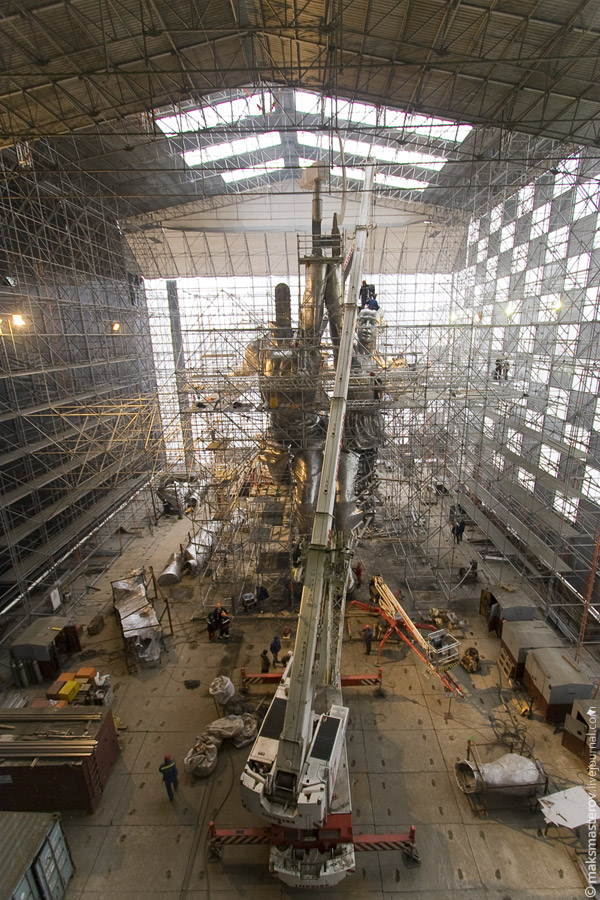 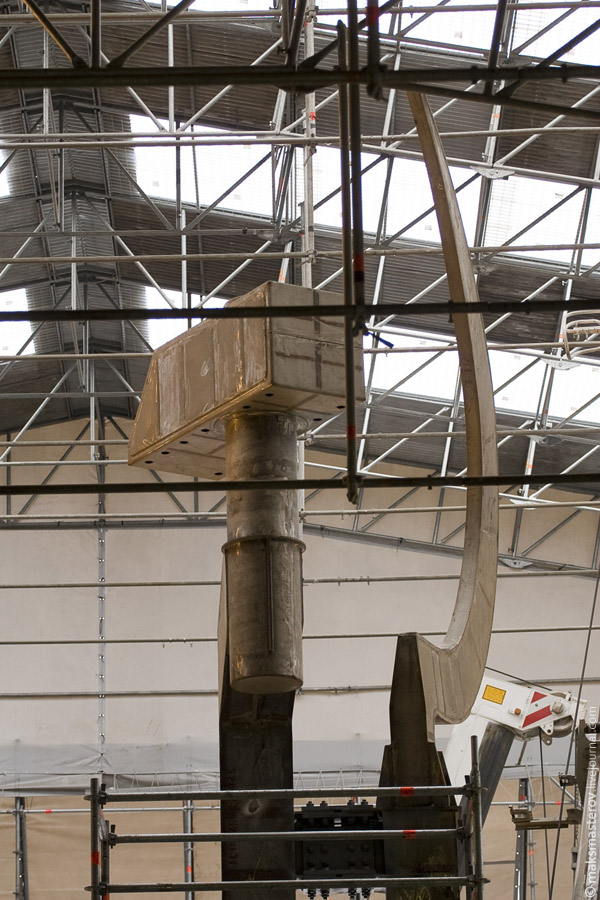 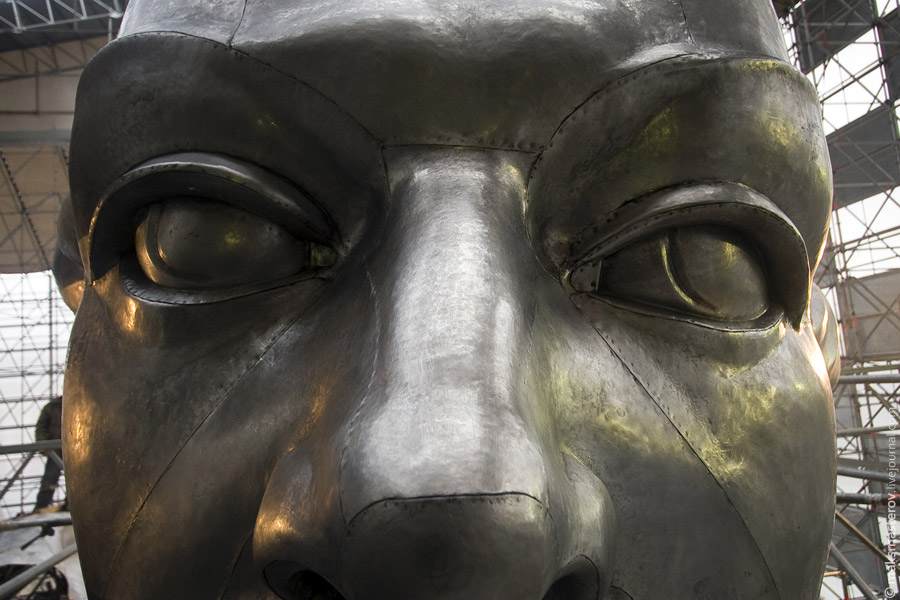 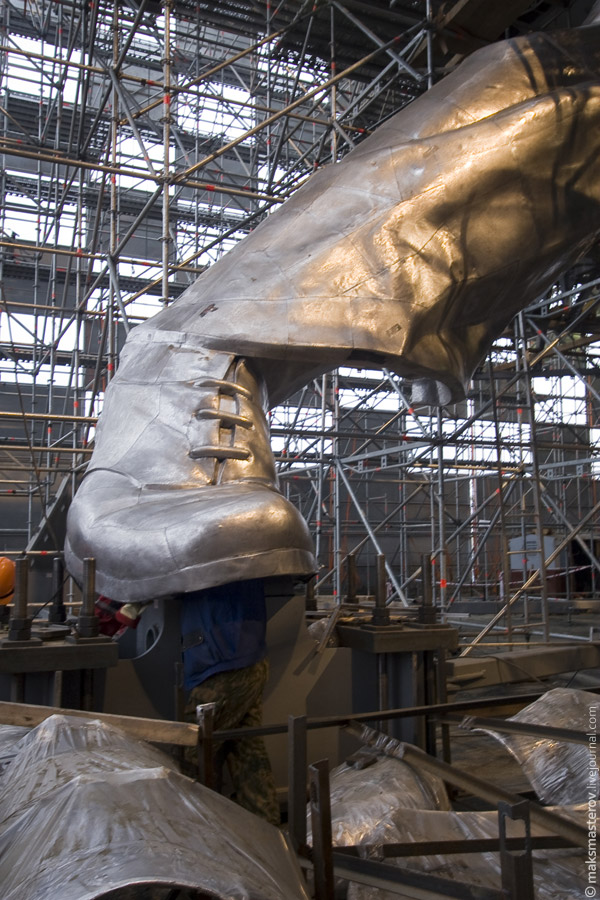 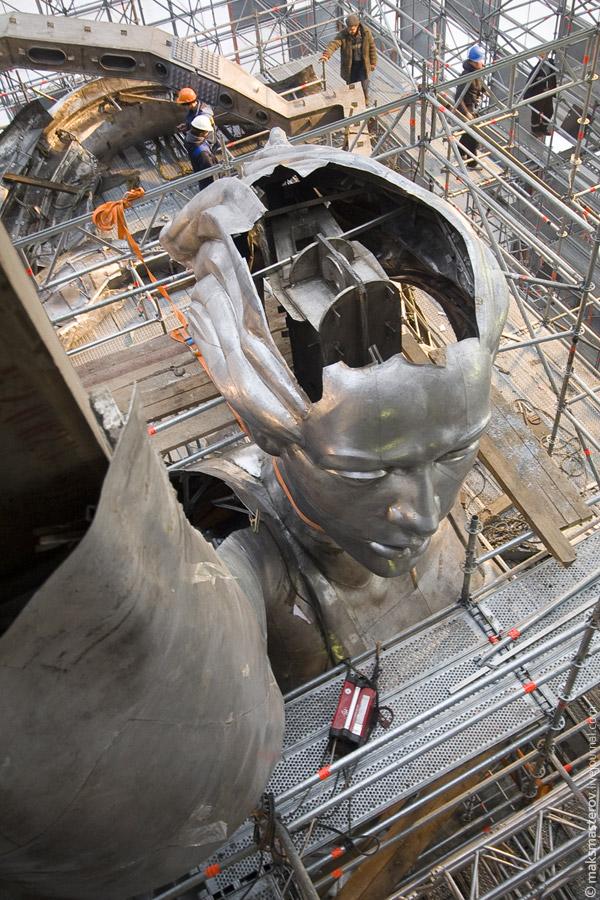 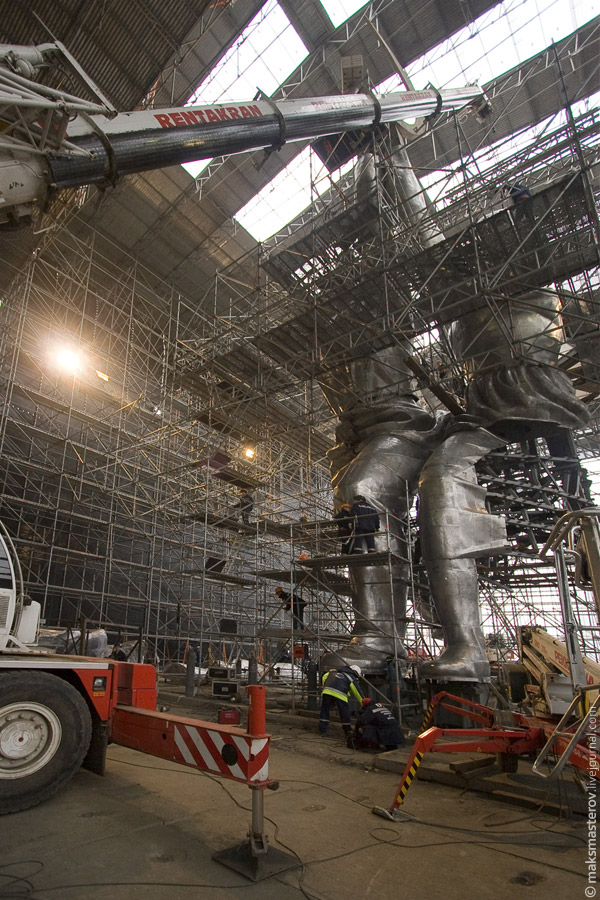 24 thoughts on “Worker and Kolkhoz Woman”