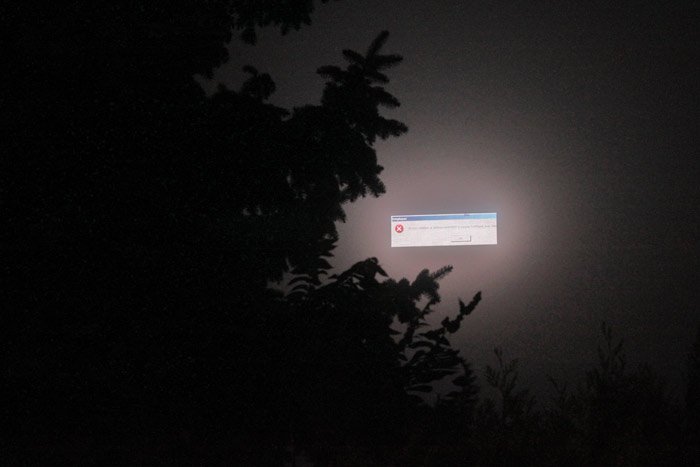 What you see on those photos is a Windows XP error box floating in thin air. That’s not photoshop or post effect of too much vodka.

That night there was strong fog in this Ukrainian city so due to it such an awesome illusion of windows in the skies appeared – there was an advertisement screen nearby and it went out of order. Then some time later it was rebooted and all the magic gone.