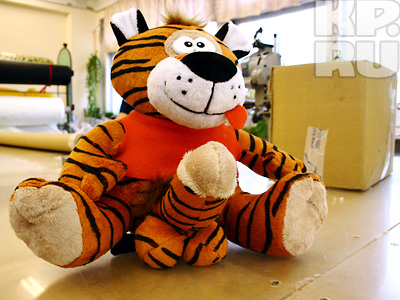 Ever wondered how plush toys do look like in Russia. If they use same teddy bears as American kids have or they have some Ivan Bears?

I am not sure about little Winnie-the-Poohs but they for sure have some tigers and more, being done on this toy factory.

And no matter what toys they would make for Russian children they still are afraid of N1H1 virus using masks too. What’s this all about? Is it a new approach to sexual upbringing from early age?
Giving kids the possibility to know the reality of things way before they get it traditionally?
Like we are all the same and no need to hide some of our body parts.