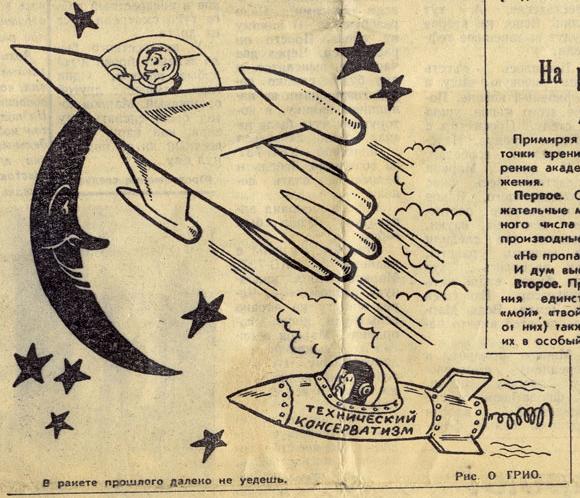 Long long ago when future seemed to be so distant and dim, people of the Soviet Union dreamt a lot and cherished a bunch of illusions about fantastic makings of the future. And straight 50 years ago, on the eve of New Year, one of most famous Russian newspapers published a special edition. Group of journalists-dreamers took their risks and tried to predict how it’s going to be 50 years after, in 2010.

But it seems that they were not so good at future forecasting and failed at almost any article. So let’s see what came out of it. 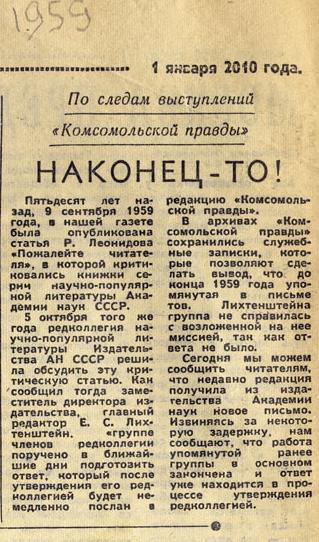 This cutting has 3 interesting articles. The first one on the left is called “Funny Birthday party” and tells about a reunion of some boarding school group. They met and celebrated 100-th birthday of 17 people in their group. Two articles to the right are about tunnel under the Caspian Sea which is more than 200 miles long and also about the underwater mine at a depth of 470 meters (it is about 1400 feet). 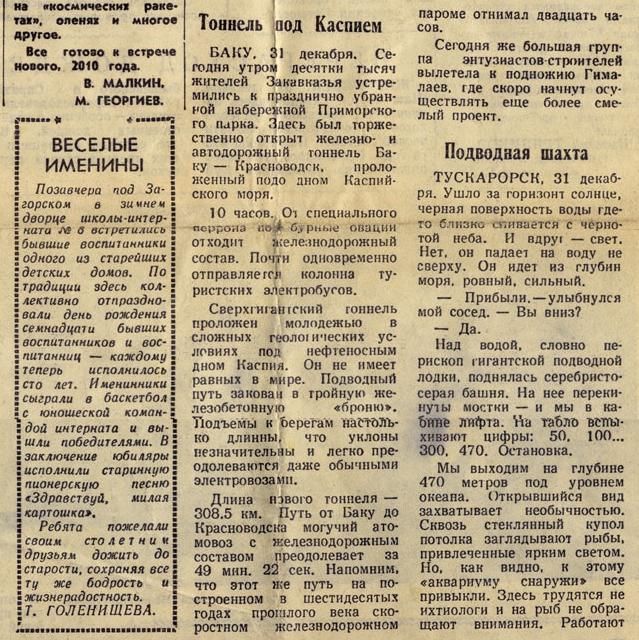 This little item to the left is a complaint written on a behalf of some woman. She tells that her videophone doesn’t work in color, and shows only black’n’white picture. Reminds me of iPhone actually. Below there is a caption that says “We need to build a reservation on the moon.” 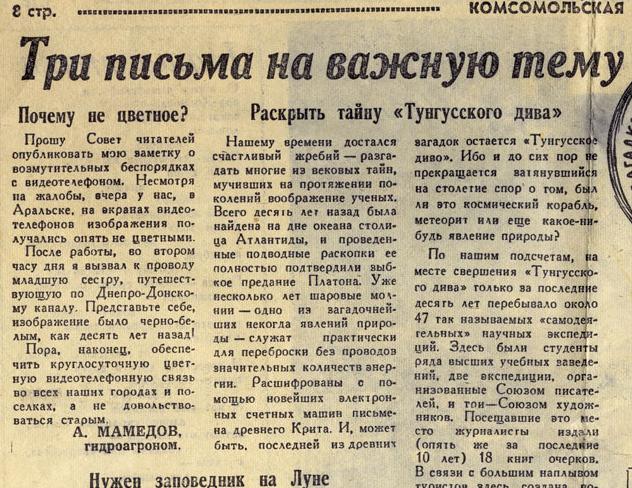 A big amount of rains was overspent, states the title. The authorities of some region of the country overspent too much of artificial rain! What a mess…

Milky rivers supervisor? What the hell? Article tells us about a clerk, maintaining milk pipe and about the accident happened there. They thought that such things as milk pipe lines would exist today, huh. 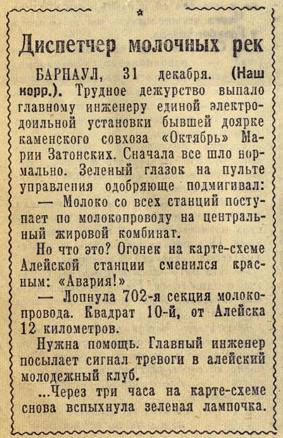 And some other newspaper clippings:

Medics were supposed to resurrect ancient animals, such as mammoths. 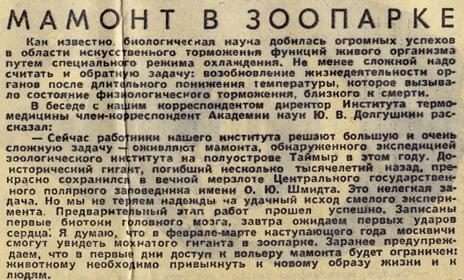 Helicopters rent for every one. 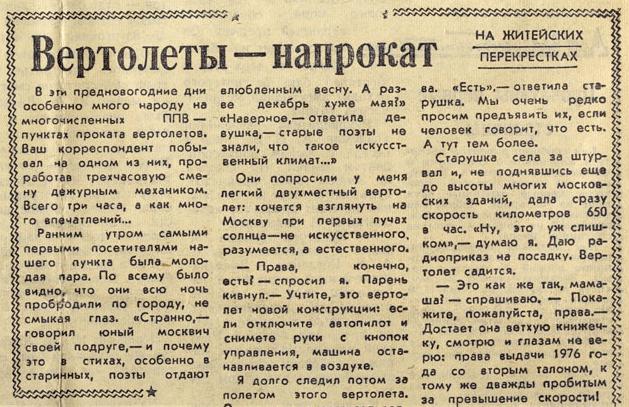 This one is about artificial snow of different colors. 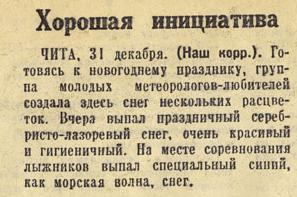 A health center on the Mars. 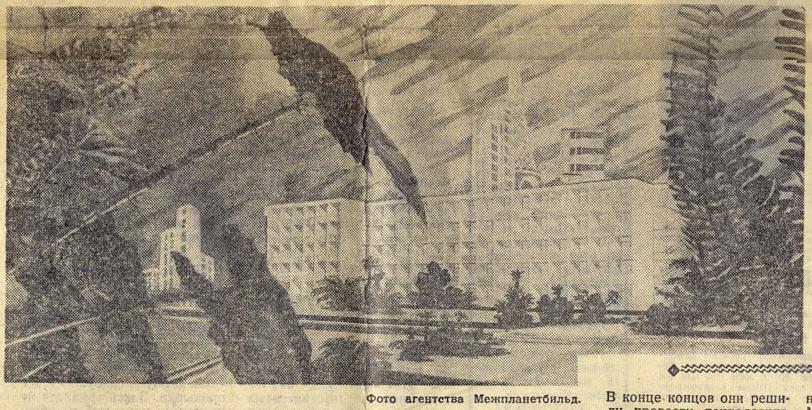 The Kremlin and a space shuttle are getting along together very well. 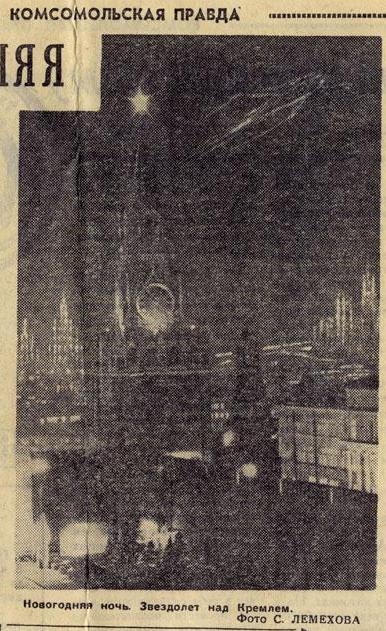 And some other random shots 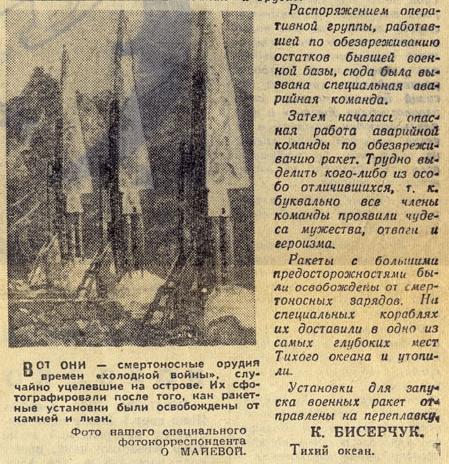 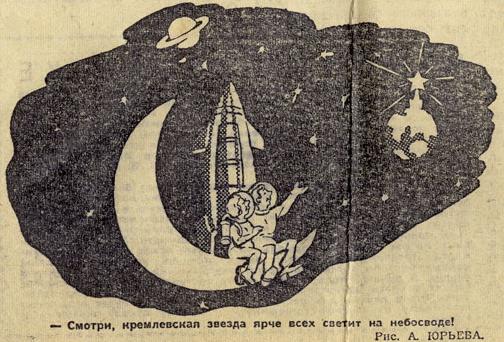 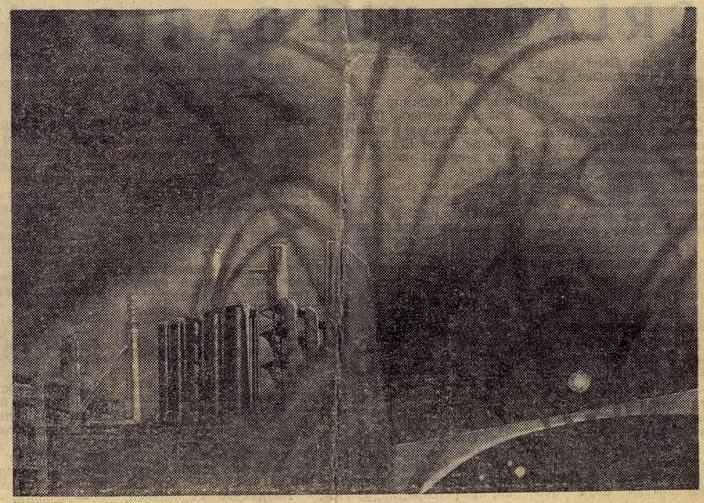