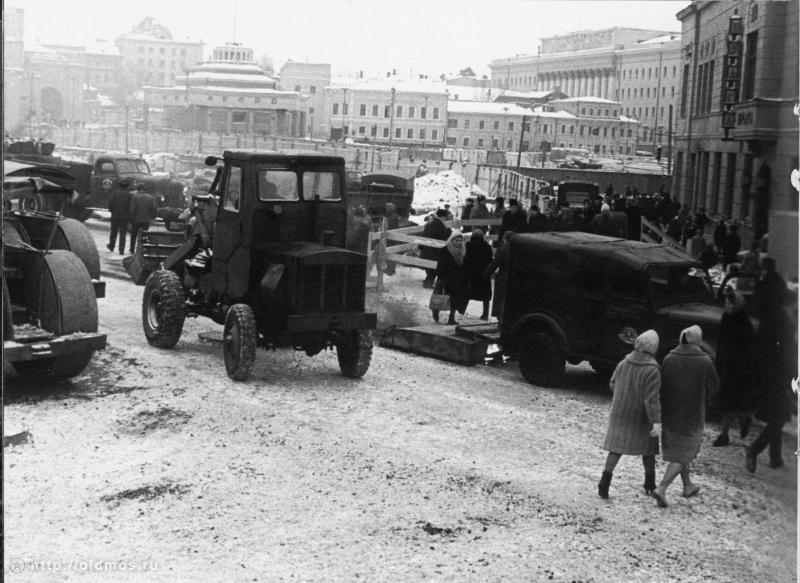 Todayâ€™s picture selection is devoted to unusual transport on the streets of Moscow. Here you will find two-storied trolleybuses, steamships on the Moscow River and even an elephant. In the first pic you see construction equipment on Arbat Square during building of the Kalinin Prospect. Seaplanes were landing on water of the Moscow River. The plane was called Dornier Wal. The steamships were swimming aroundâ€¦ Pay attention please, bicycles had the numbers in Moscow in 1954. An interesting version of a box body. The majority of unusual transport was seen by Red Square that is a spot for military parades. Children kept up with soldiers. First cars of State Vehicle Inspection. It was so unusual then.