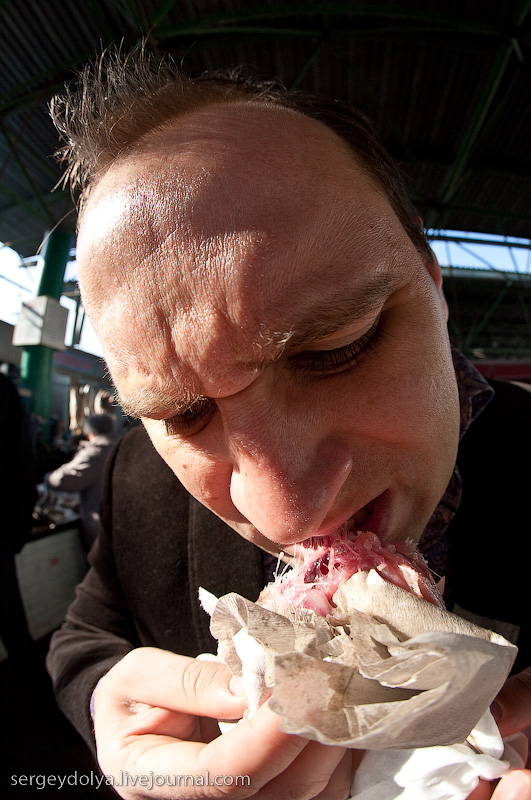 In Russia there are two Rostov cities. One is a small town somewhere near Moscow and another is Rostov-On-Don a large Southern Russian city standing on the wide Don river and was called Rostov-the-Dad on criminal slang in Soviet times.

Just because it stands on the major river it has plenty of fish available there so there is a special fish market located next to the big local church where you can buy not just regular fish but easily get some species that belong to Internationa Red List of Endangered Species and it is cheap. And of course you can get Russian caviar, packed in just plastic boxes as much as you want. And it is cheap too.