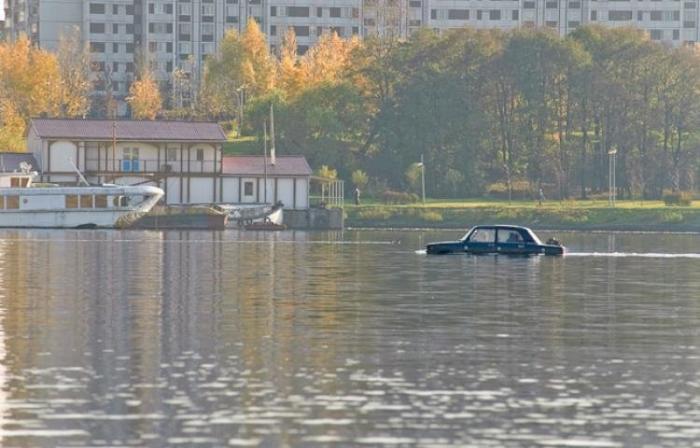 Well, guys. A strange thing happened recently in Moscow. All the onlookers of this were literally shocked. Have you ever seen a car, floating along the river but not sinking for good two hours? I bet that you haven’t.

So, I will tell you how such an odd story came about. When some pedestrians were walking along the quay they saw some strange thing in the Moscow River, neither a car nor a boat. One would think: what the hell? And so did all the passers-by. Some of them even began to hesitate which number they should phone first, rescue service to deal with the car or an ambulance to rescue them from the mirage. 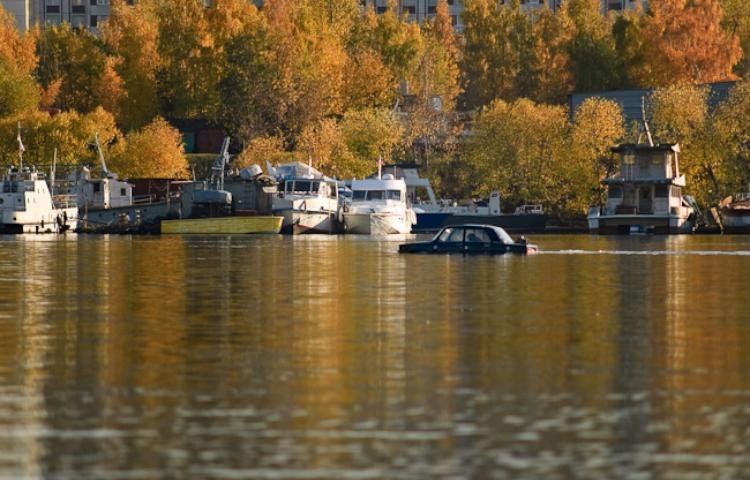 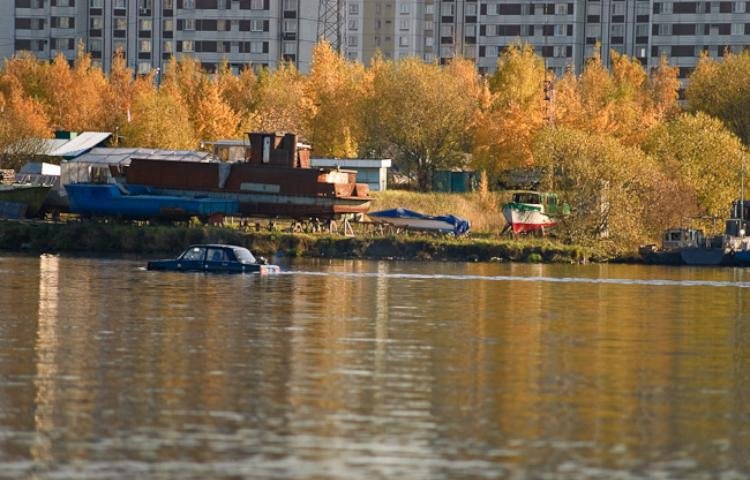 Someone didn’t think twice and phoned the rescuers team right away. But time was passing by and till the rescue service team arrived, something-that-strongly-resembles-a-car managed to get over the distance of 7 miles with an average speed of 4 miles per hour. Unbelievable, isn’t it? 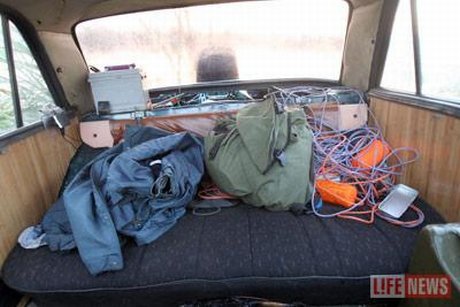 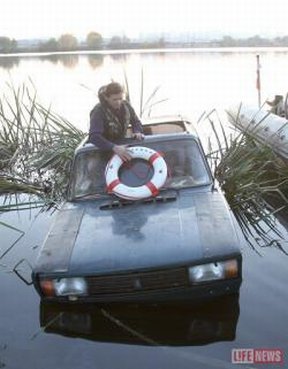 Finally, the rescuers arrived and hurried after the car on their motor boat. Eventually the car hit the beach and it turned out that the mysterious thing was a car-boat. Apart from a gasoline engine it had a motor-boat one. 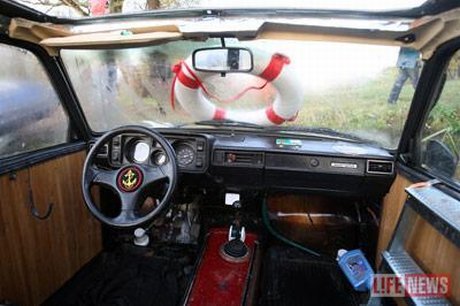 Funny thing that this UFO didn’t have both ship and car plates. Cause the vehicle wasn’t registered as a small vessel and the owner hadn’t any boat-driver license, the car was stalled for an unknown period of time. The make of the car was VAZ-2105, a very popular Soviet model. 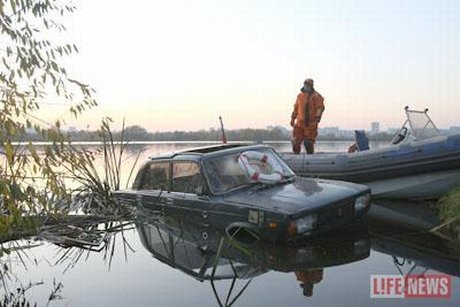 The owner of the vehicle said that he enjoyed running a boat though he wasn’t a sailor. Also he told that he kept a life jacket, life ring and a paddle on board. Just in case. But who had allowed this desperate captain to try such things out on the Moscow River would be the matter for cops to grapple with soon.