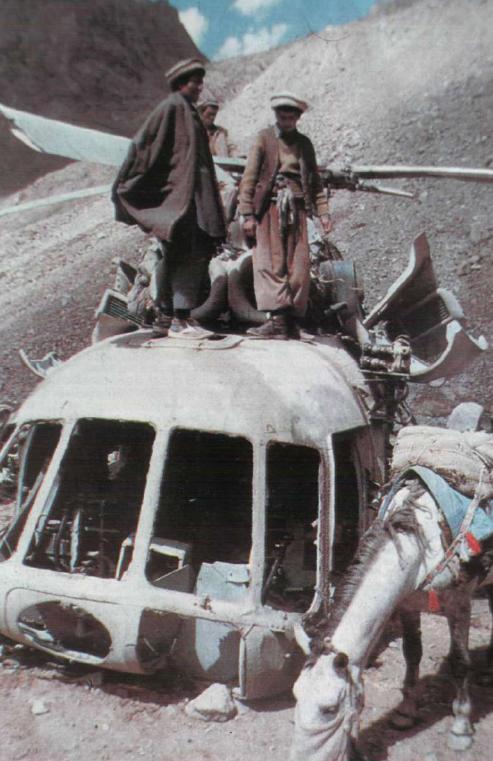 This photo with this cutline appeared in a well-known to many comrades famous Russian Live Journal about two years ago. And it won’t be a kind of surprise if it appears again, because an anniversary date (30 years) is on the doorstep.

It was clear from the first look that neither comrade drugoi nor photographer Alain DeJean had no idea about Afghanistan geography, because there was no such place as Ashmar in Khunar province. There is village Asmar in Bar-Khunar district where according to western journalists’ legends Afghan Resistance movement to Soviet armed forces had its source. Let Allah judge them if they don’t know, though it would be better to know the subject used for misinformation. Another fact is more interesting. There is the date under the picture – 18 January, 1980. But in open military sources you can’t find any note about any soviet helicopter crash in Khunar province neither on January, 18 nor earlier, nor later during 1980, nor even during the next year. So the date is rather confusing. Taking into consideration the fact that less than a month passed from the moment Soviet troops had entered Afghanistan, shot down Soviet helicopter should be a rather significant event and western journalists just couldn’t leave it without comments. But that time and in that area Soviet Army had no losses. 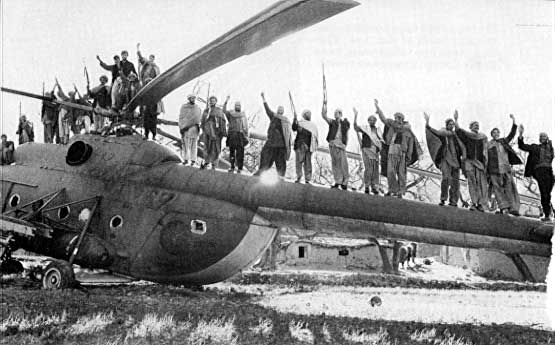 We don’t hide the fact that I had known the history of this helicopter before this user posted it in his blog. Though let’s tell the story from the very beginning. 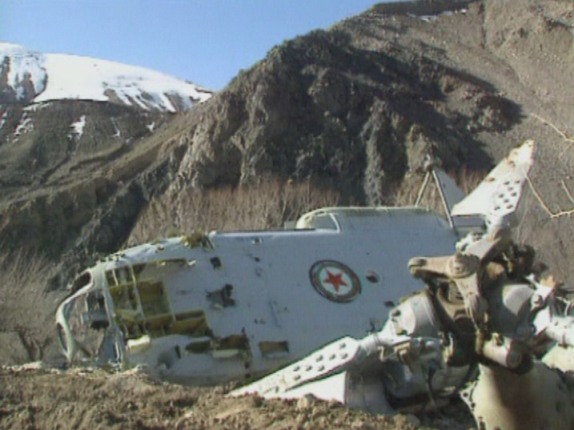 …Just few people know that in the 1970s the Soviet Union bought gas from Afghanistan and even managed to owe near $300 million to its southern neighbor. Major portion of that debt was being repaid with Soviet helicopters Mi-8. These machines were very popular among Afghan population because they might be used in national economy and in the armed forces as well. They started to use Mi-8 in July-August 1978. In April 1978 Saurs Revolution had place in the country and Taraki and Amin who came to power started reforms which provoked at first disturbances and a little bit later the civil war. The history of this picture started from that moment. 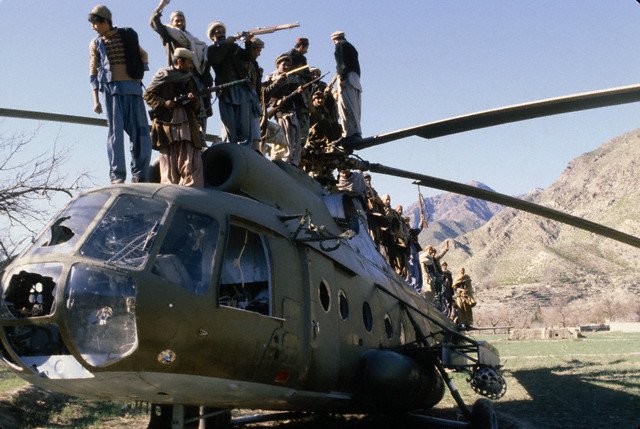 On August 25, 1979 the crew of helicopter Mi-8 №275 of Afghanistan Sky Forces made the flight to Khunar province, Bar-Khunar district to disposition of the government armed forces near Asmar. The crew didn’t know that the day before Asmar garrison had gone over to rebel forces side. So as soon as the helicopter landed it was occupied (and it is seen in the picture that shooting had place) and the crew were captured. At night the pilots managed to graft the guards and escaped. As there were no pilots among the rebels, they placed the helicopter on the outskirts of the village, thinking that there were no useless things. Long time had passed before they could use the helicopter. After Soviet Army entered Afghanistan that helicopter was used for making photos to show rebels’ success. That helicopter №275 appeared in magazines and newspapers with different cutlines and dates more than ten times.