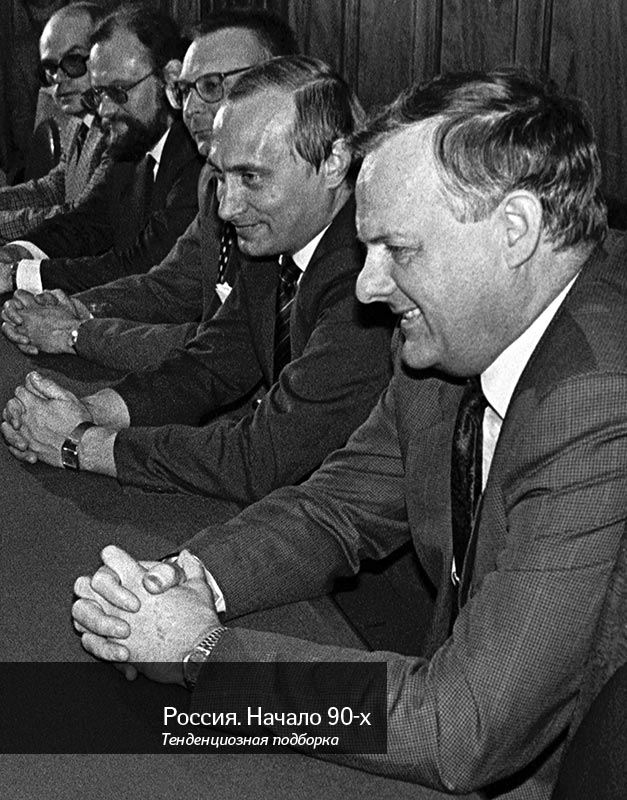 Due to some circumstances October brings to Russian mind memories of early and mid nineties. Let’s recollect what the country’s life was like that time. Communist demonstration scuffles with the police and internal military forces. Moscow, May 1, 1993. 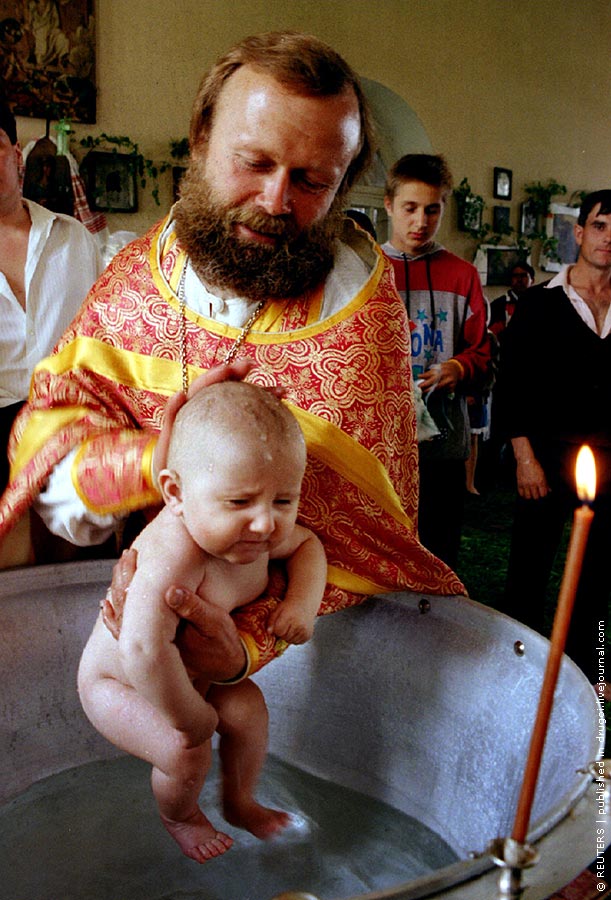 Arrest of a kidnapper, who held two people as hostages. Moscow, June 1994. Fish sellers on one of Petropavlovsk-Kamchatsky markets. March 1993. Artist Oleg Kulik pictures a dog in his art-performance. November 1994. 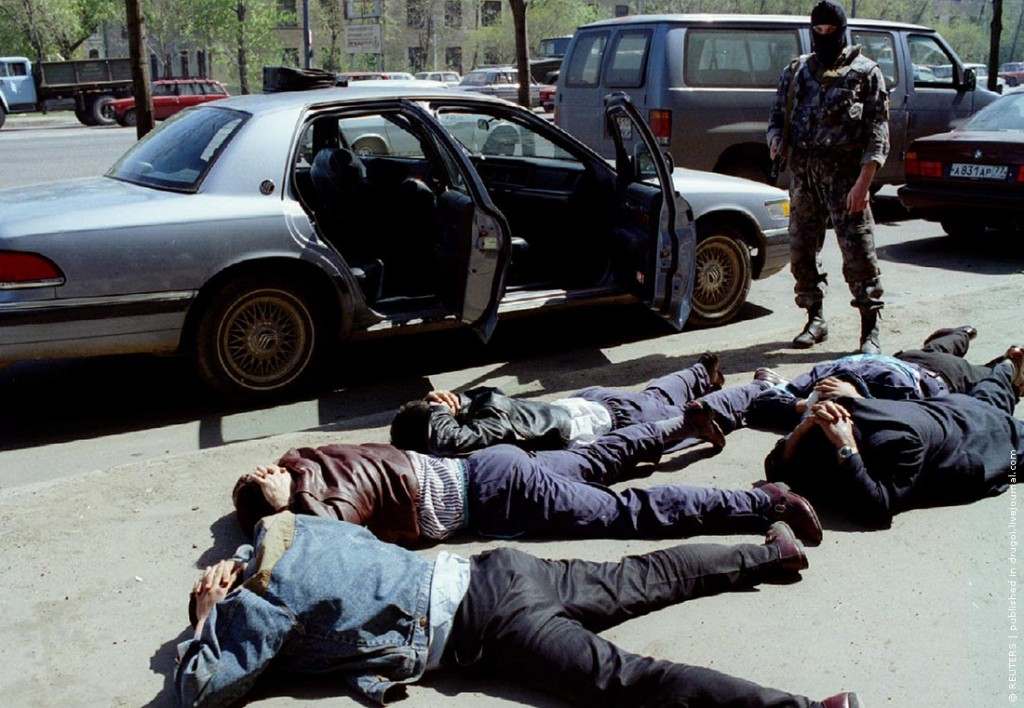 Vladimir Zhirinovsky throwing stones and mud into Jewish students, who accused him of anti-Semitism. Russian Consulate in Strasbourg, April 11, 1994. 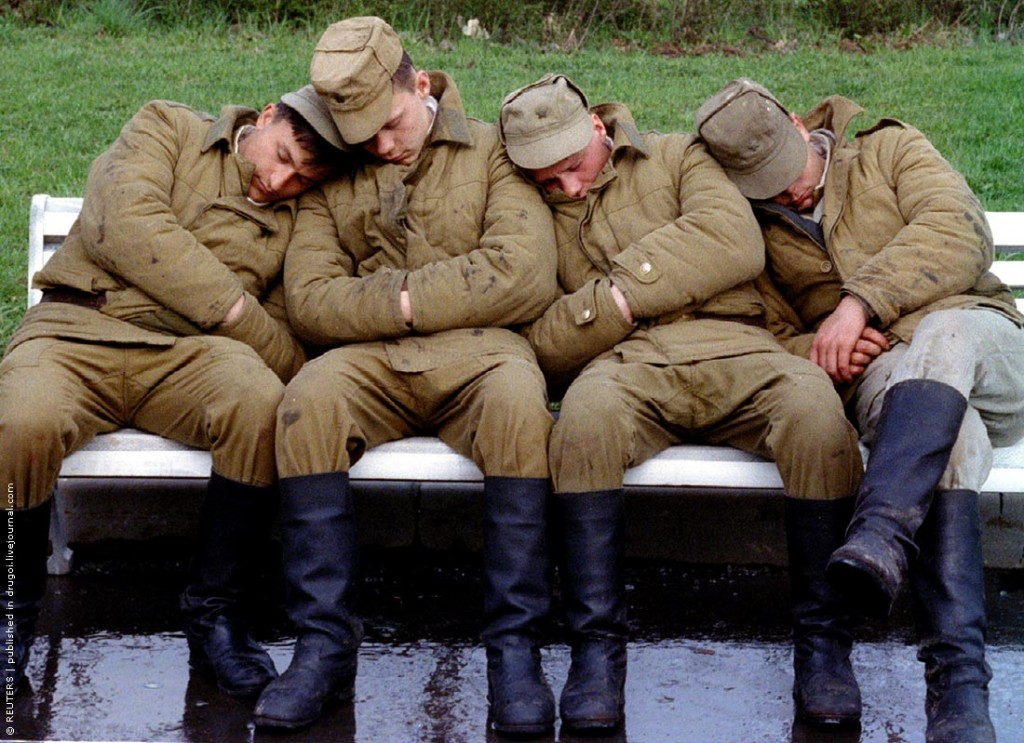 Deputies Marychev and Bulgakova at the State Duma sitting. May 1995. Vladislav Listyev’s (a famous television anchorman who was killed by unknown men) mother at his coffin. Moscow, March 3, 1995. Film director Nikita Mikhalkov and his daughter Nadya holding the Oskar Award that he got for the movie “Burnt by the Sun”. USA, March 28, 1995. Two retired teachers planting potatoes. A village by Pskov, May 1993. A soldier kissing the Bible while taking the oath. Moscow, February 1995.