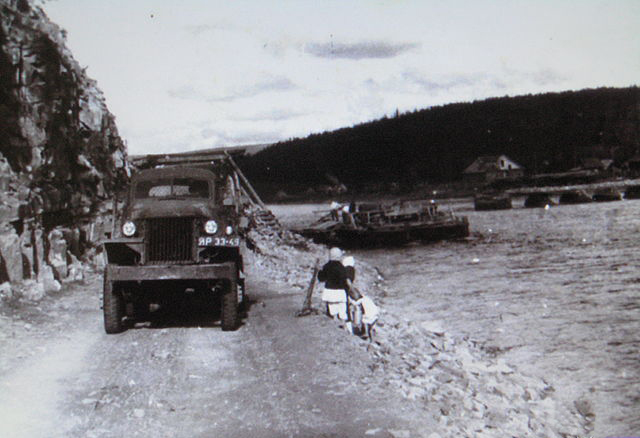 In Russia there are plenty of small cities built deep far North near some kind of natural resource excavations. We had those diamond mines – it could be called the king of such settlements because we all know how much diamonds cost. But there are different other towns based around things like oil, gas, coal and some rare metals mining facilities which give jobs to majority of population.

This one is located almost at Pacific coast of Russia (yes Russia has Pacific coast too!) and was founded around enormous layers of coal back many years ago in Soviet times.

Later it was sustained by the mining, then after Soviet Union collapse the coal mining still was active so the town survived all that times.

The majority of currently living there people moved there from European parts of Russia but there are still natives living around, eating raw meats and having deer skin covered huts in which they live even at most freezing times of the year. People joke that when civilization would fall all those modern houses and facilities would crumble to dust but the natives would not notice all this modern stuff gone. 21 thoughts on “One Northern City”