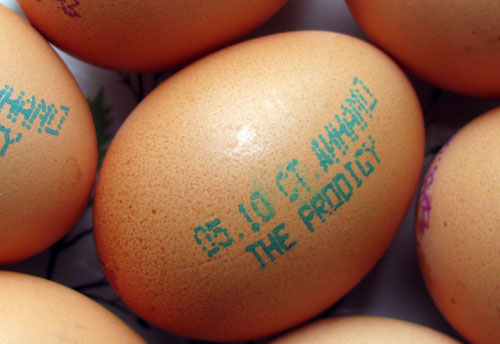 From time to time we have some examples of what amateurish ex-Soviet marketing genius may produce.

First one is pretty cool, it was published in Minsk and the media for it was an egg, or thousands of eggs that were sold in local stores. Text on eggs were inviting people to visit “The Prodigy” concert. Pretty cool, isn’t it. Next series was published in Kharkov, it was about their football team but those railings spoiled it all! Now it more looks like a comedy than a serious team portfolio. And the next one again is from Belarus, showing how a serious canned goods factory can try saving on marketing inviting their top management relatives with photoshop and family shots can spoil all their ads.