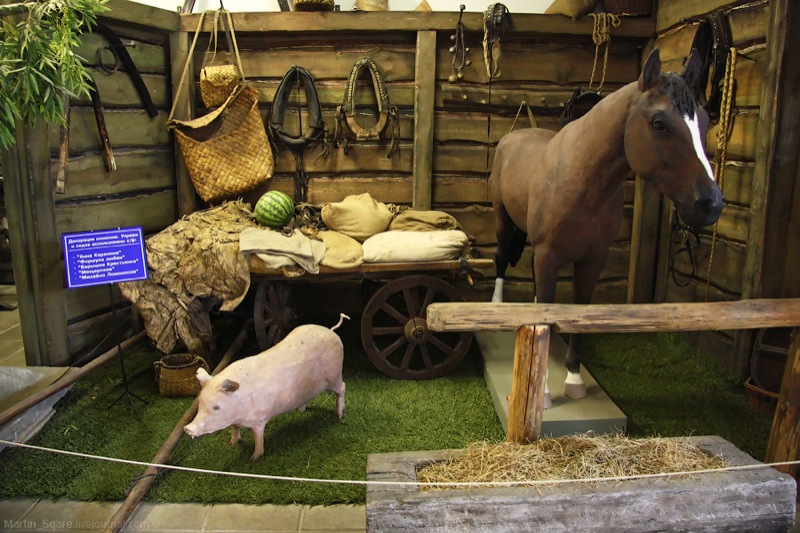 “Mosfilm” – the composite word made of two Russian words – Moscow and Film – which don’t need translation to be understood. Such name was bearing the most popular Soviet movie production company. At that times there were not much of those, and all we controlled by the state and belonged to the state. Soviet bosses allowed big cities to have their own movie studies so they were often having the name of the city/region in its name, that was a tradition. Besides Mosfilm there were Lenfilm – for Leningrad, Armianfilm for Armenia and etc.

The Mosfilm one was one of the most “rich” studios because it was in Moscow where all the necessary Soviet links were connected. So most of the Soviet movie classics come from it. Now it’s a fully operating studio too and the owners has opened the museum inside where they collected stuff from old Soviet movies. 40 thoughts on “Russian Movies: the Museum”