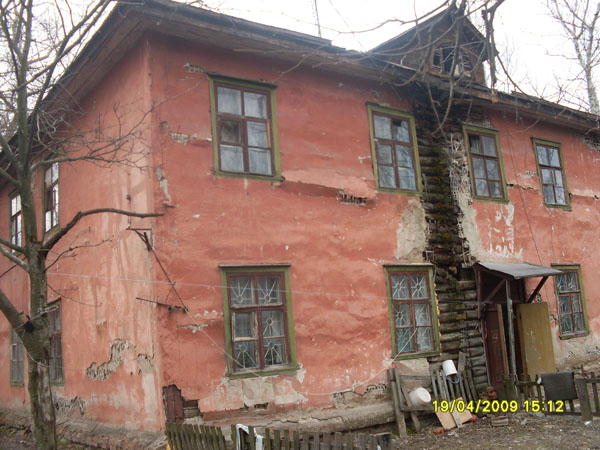 This letter was sent by the dwellers of this house to the local newspaper of some Russian town.

We are writing to your newspaper to inform about the situation taking place with the building in which we live. Since 2007 we pay higher fees for the communal services, but instead of getting better service and/or getting our problems fixed we are getting it even worse now.
”
…then there comes a big list of the problems they are having, but it’s better to see that on the photos together with some more excerpts from the letter. “…a few months ago some workers came and started repairing the floors. They removed the old planks and then the works stopped and workers disappeared. Then after a few weeks they got back with some planks that were clearly taken from the benches nearby.” “…in the river nearby there are corpses of dogs and cats floating for weeks.” “…we had an icicle above the entrance, that was a big one, and each time it was falling down it tore the electricity wires.” “…We tried to contact local authorities, but we, elder people can’t get over those young insolent cavemen!”.

27 thoughts on “The Story of the One House”