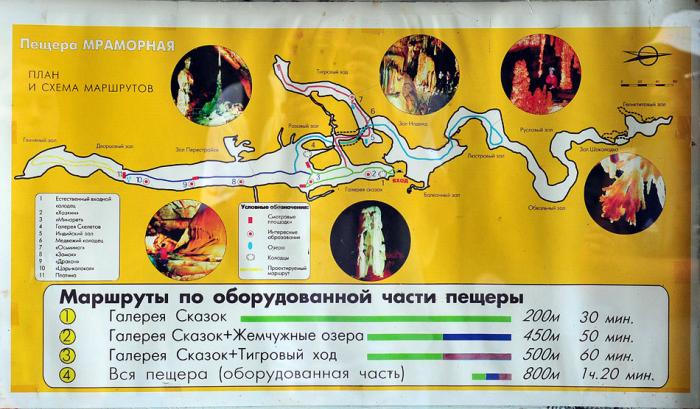 This cave in Crimea, Ukraine is being called “The Marble Cave”.

It is natural cave, equipped by artificial lightning and is being called the second most visited cave of Europe and the fifth cave in the world’s top caves ratings.

Among numerous stalagmites in the cave some are marked with special labels giving a clue to what well known image it can remind to a visitor. There are trolls, flowers, elephants and even Santa Claus among them. 13 thoughts on “The Marble Cave”