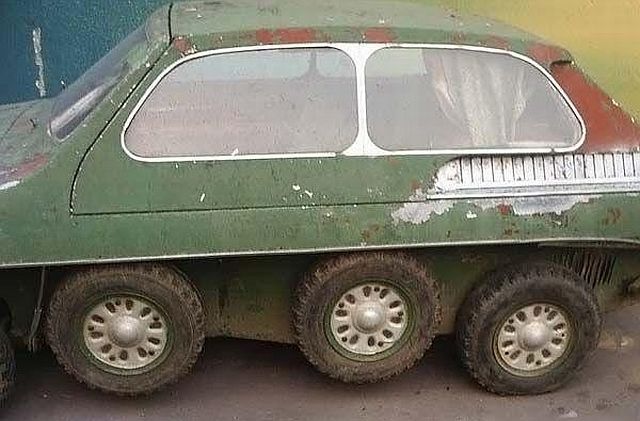 Eight wheelers could be a good solution for Russian terrain roads and you still can meet some of the concepts from the Soviet past on the roads.

They had a flat bottom and the additional four wheels mounted higher than the first four ones so that in case you get stuck too deep then the new pair of axes get into play towing the car out the deep mud.

For some reason those stayed only in concept mode and like this one bare the old white-on-black plates, those give clue that it comes back from seventies or early eighties, but is still used.

Guys collecting old Soviet transportation relics can pay a lot for one of those, even if it doesn’t come from any popular brand but was made by some garage genius with his hands alone. 13 thoughts on “The Eight Wheeler”