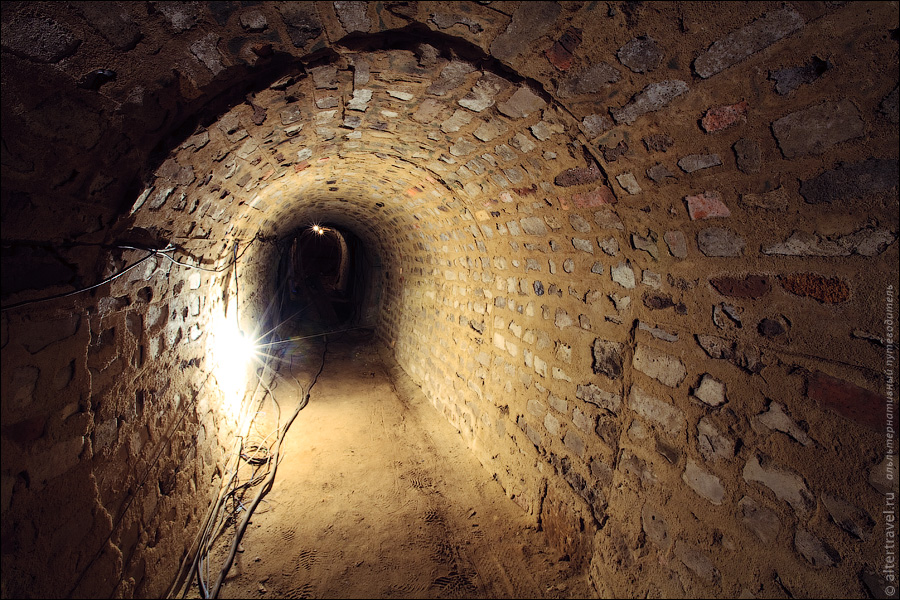 Lebedyan town in Lipetsk region is known for the greatest juice producing plant in Eastern Europe, but very few people know that the most unique and weird underground station in the world is located there as well. It was constructed just 2 meters beneath the surface of the earth. The works began in 1984, and 166 people were eager to start as soon as possible, but when they learnt that the money would come only when the construction paid for itself, they all backtracked in a second. So, the whole project was to be implemented by the one who brought it up, Leonid Muliarchik. 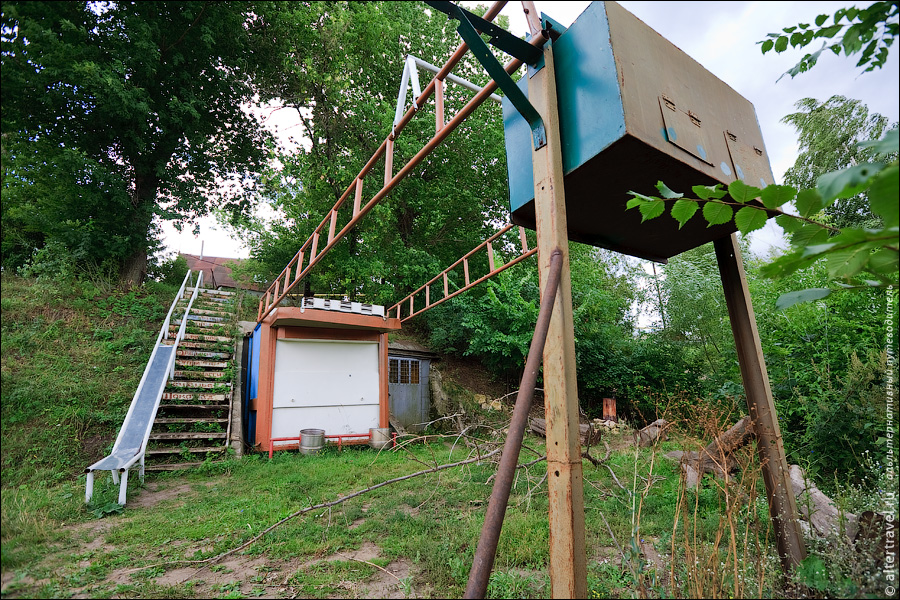 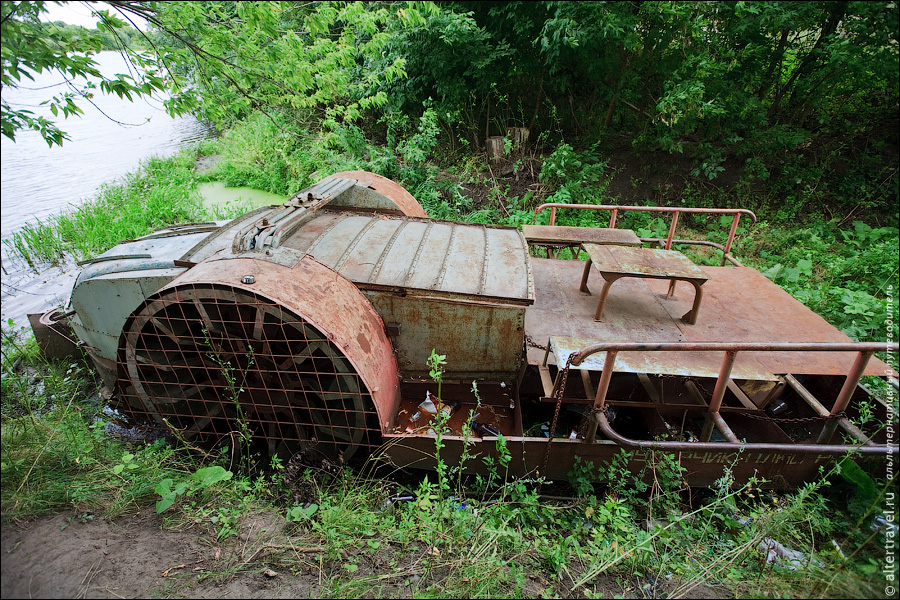 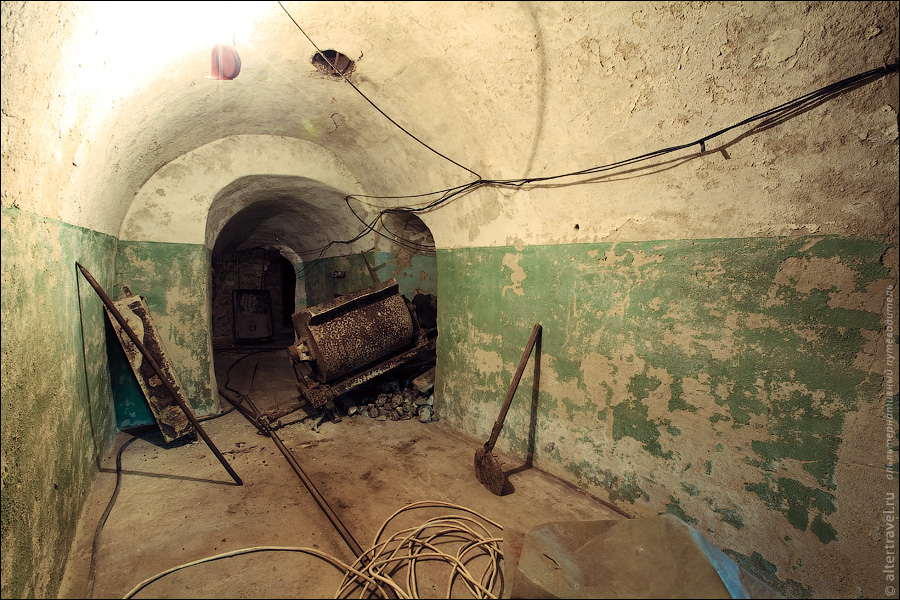 A self-made concrete mixer for making mortar. The site is wired for electricity (for work – 12 volts and for common purposes – 220 volts). This underground has all required papers and licenses, and except for the transport function Muliarchik is going to lay on water supply and drains for the residents of the area.

Now we are heading to the  main tunnel, the arch design can carry the load of 60-ton lorry doing over it outside (that’s according to the local expert report). The height of the main tunnel is nearly 150 cm. 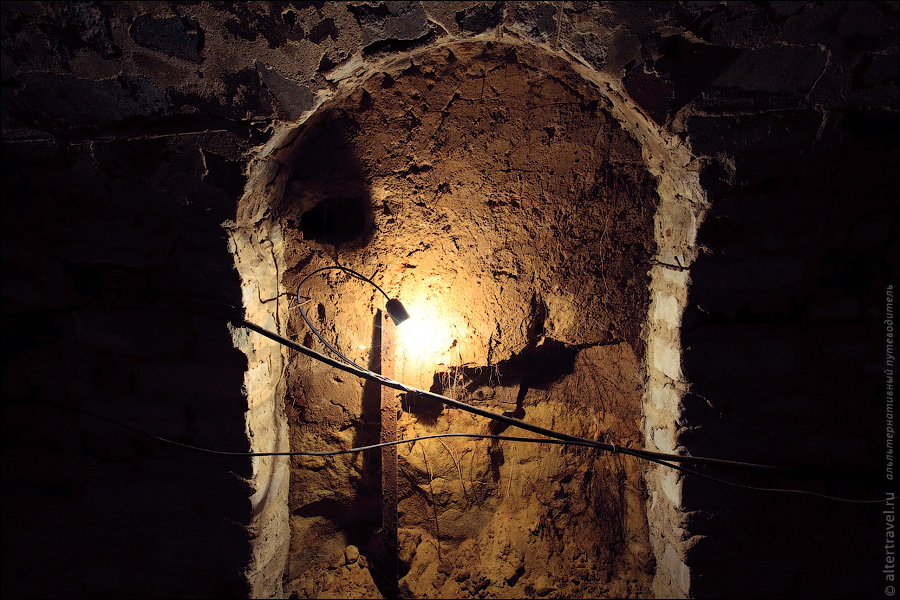 Here is a hole in the wall in case the owners of the neighboring house would need to have a metro of their own, leading right into their dwelling. 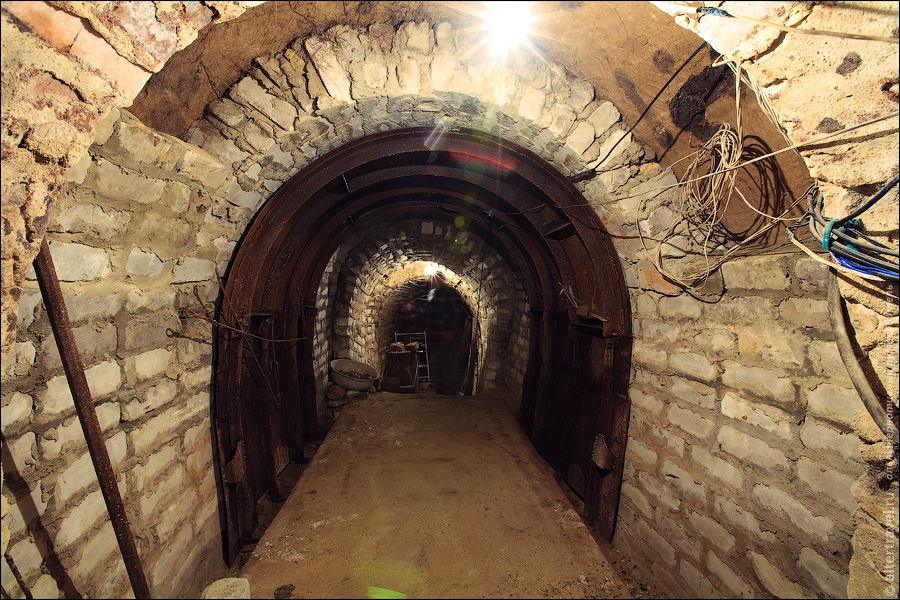 On the average, Leonid spends one day one constructing one meter of the tunnel and three days more on concreting the walls and the ceiling. The project is financially supported by Leonid, who spends most of his retired pay on purchasing the building materials. 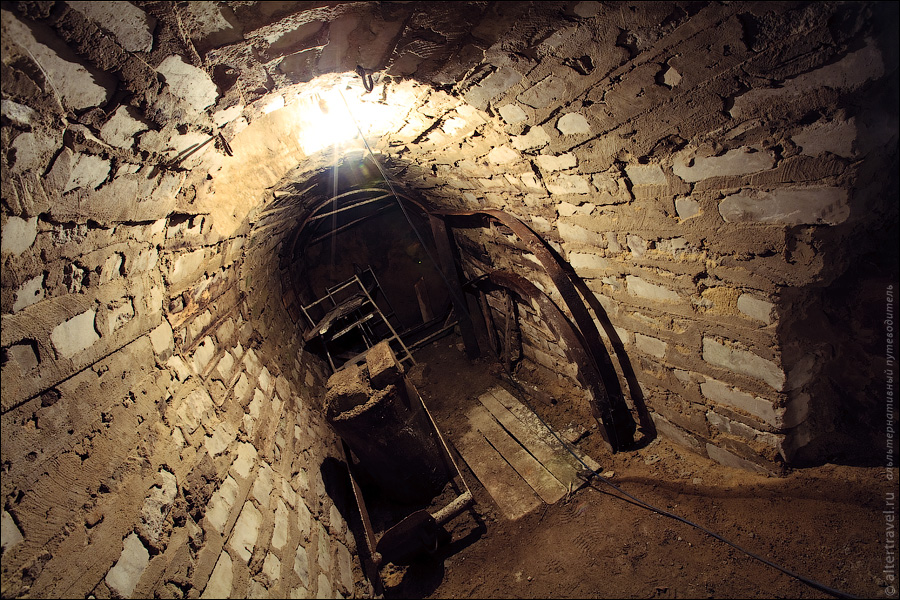 The concept is that when the tunnel is ready, there will be several small all-automated cars, which are meant to carry three or four people at a time. It’ll be like you push a button, and get to the other side of the tunnel (or to the station you want to get to). 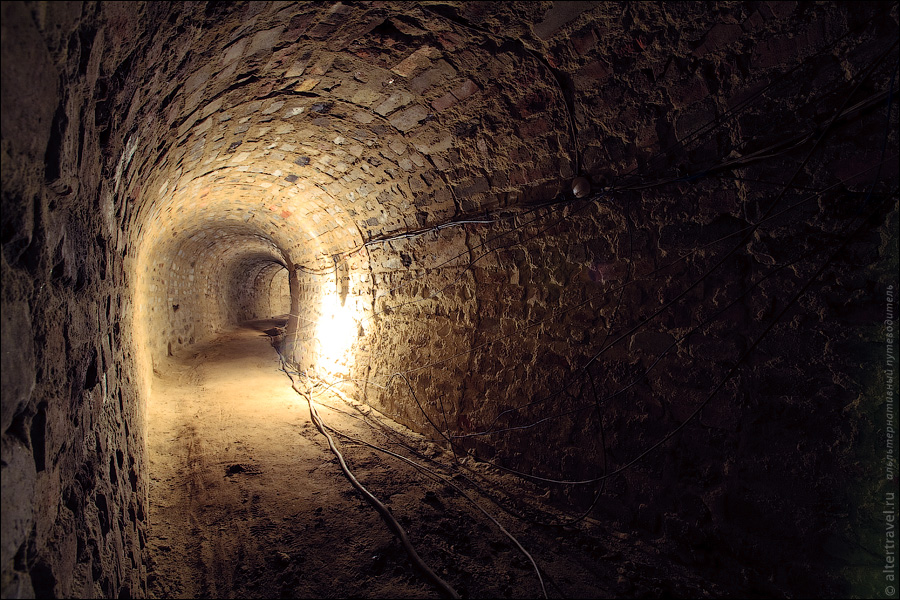 We walk along the main tunnel, 100 meters are behind and now we turn left, to the first technical tunnel. Here we see a pumping facility, which gets water from a well 70 meters far from the spot. There is also a little boiler room a few meters from that place. This boiling room can heat only four houses, but the builder left some space on the right for a big boiler installation able to heat up to 20 houses. 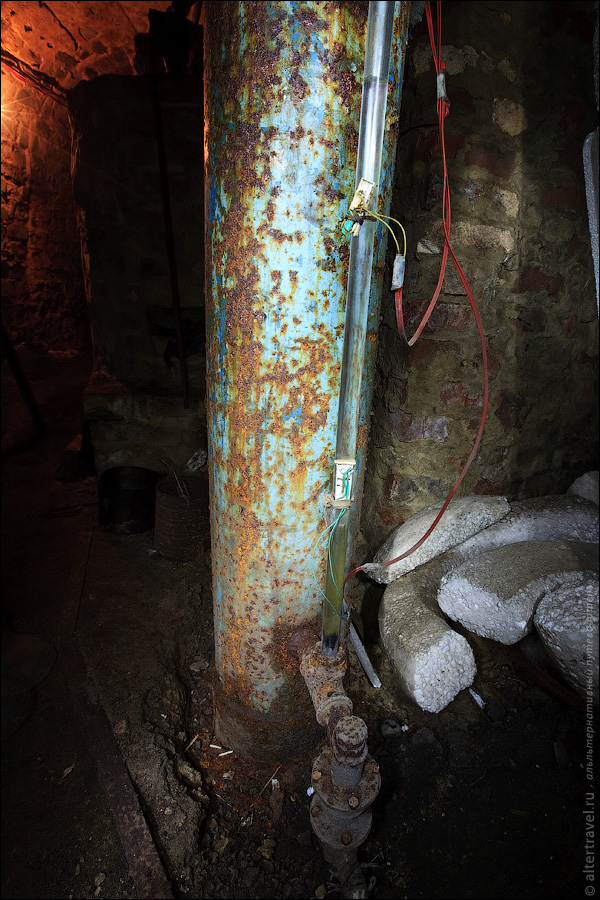 These stairs lead from Leonid’s house to the underground. That’s quite nice, isn’t it? 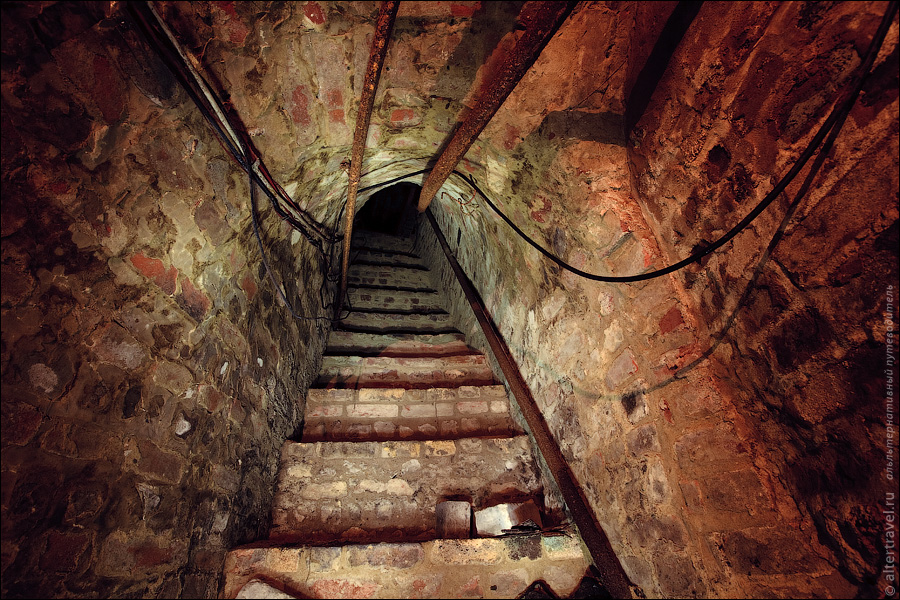 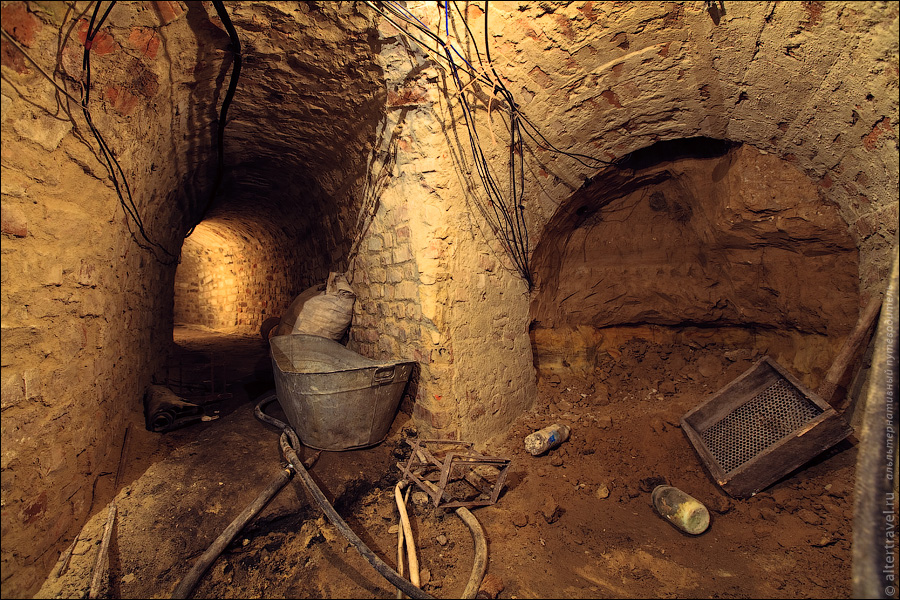 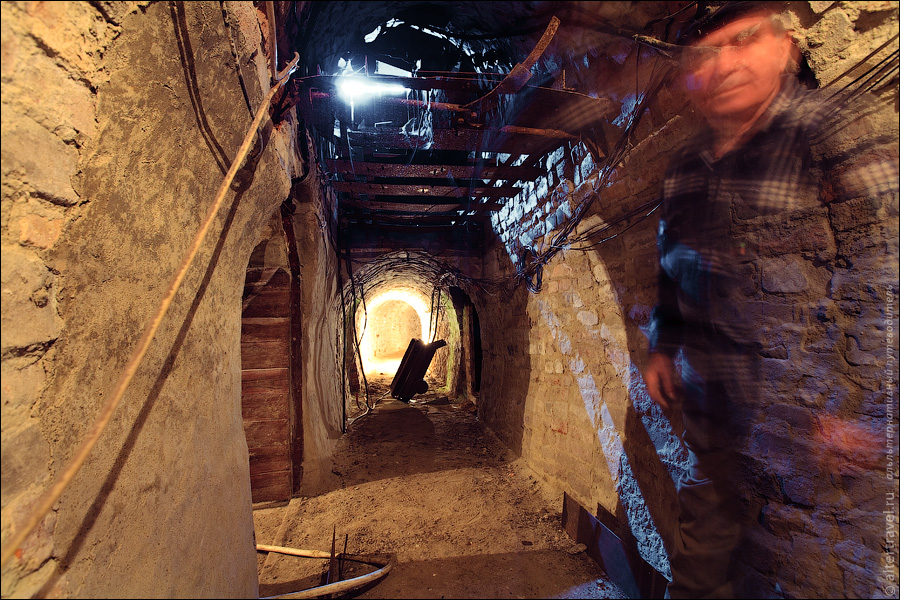 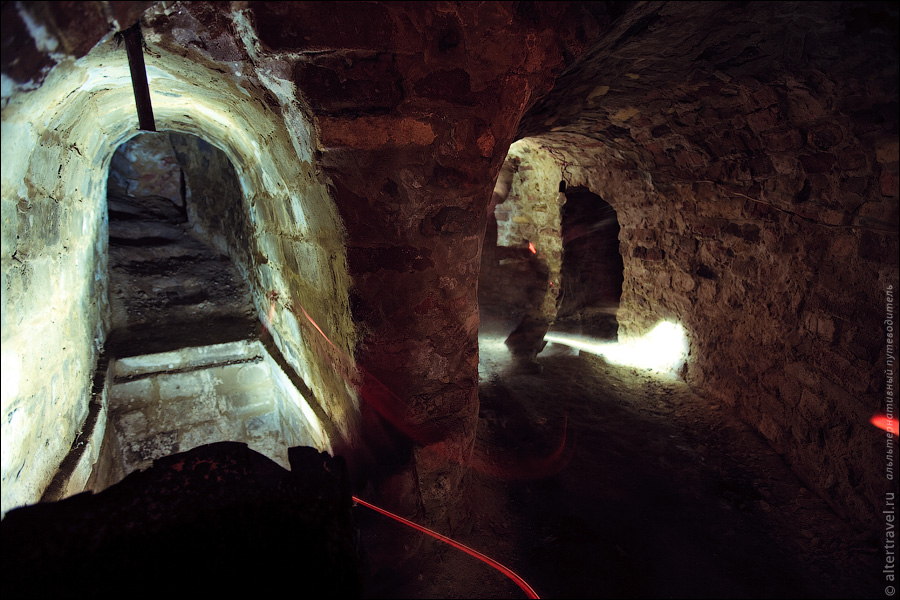 Let’s get back to the main entrance in the parallel tunnel. Its walls and ceiling are plastered as requireв according to the fire safety standards. Leonid has a nice idea: he wants to rent it out for clubbing – some fantastic, psychedelic parties underground would help him make some money for the construction to be carried on. It has all things needed – space to make girls’ and boys’ rest-rooms and a bar. 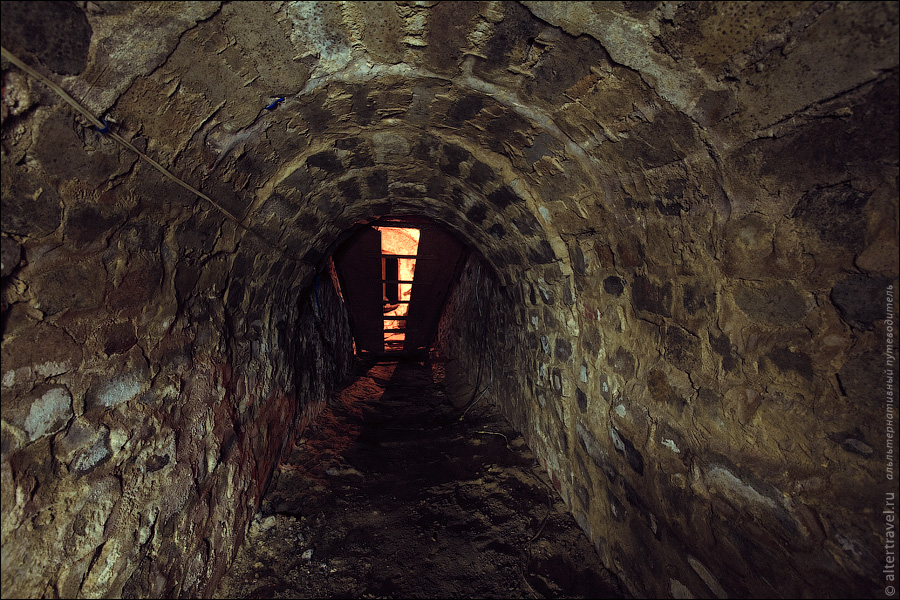 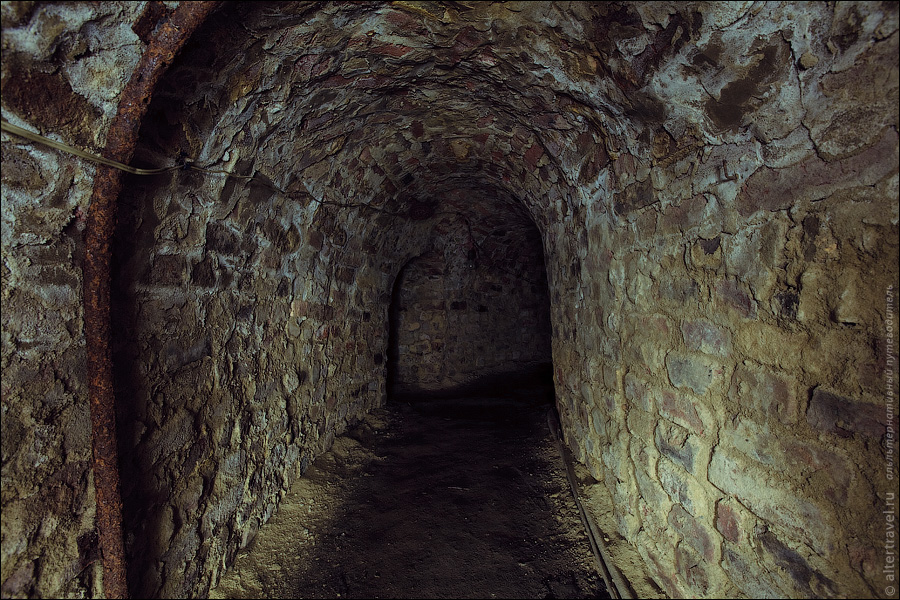 Leonid plans to have everything ready in a few years and make it useful for local people. Maybe, the place will also attract bunches of tourists, and at last this project will turn to be a paying concern. As for now it just takes the money, and gives back nothing but trouble. Still, Leonid likes it. 18 thoughts on “The Most Unusual Underground in the World”