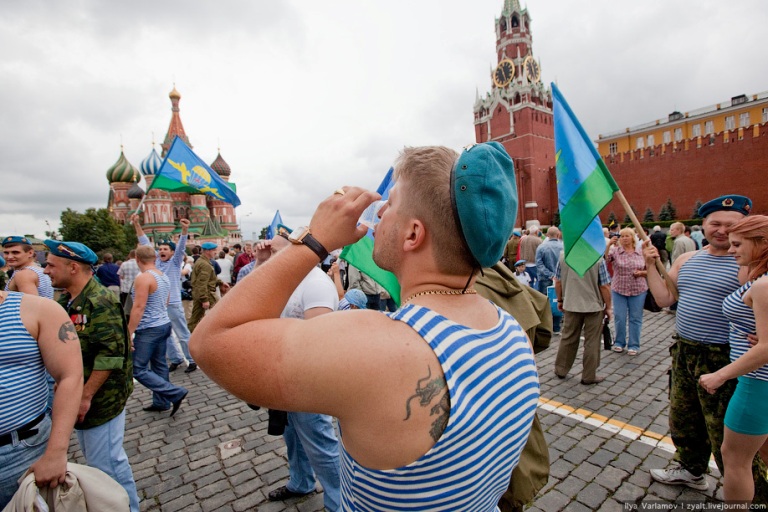 On August 2, 1930 near Voronezh a parachute subdivision of 12 men landed in the fields and  this started a new tradition of the Soviet and then Russian army. This date is the professional holiday of paratroopers and is celebrated for already 79 years. Over this period landing troops took part in all armed conflicts of the former USSR. Nowadays these troops are believed to be the elite of the army. The motto of the Blue berets “Nobody but us”. Ex-paratroopers go to the centre of the city and have fun meeting their friends and “colleagues”, swimming in fountains and drinking vodka. They may seem to be quite aggressive and brutal, but in fact they are rather calm, when not drunk.  Anyways, being in the crowd of these ex-soldiers may cost you a lot, if you didn’t serve in the army, look like a gay and say some things they don’t approve (in general, it’s hard to say, what they don’t approve, so, it’s better just to keep your mouth shut unless you want to have problems). 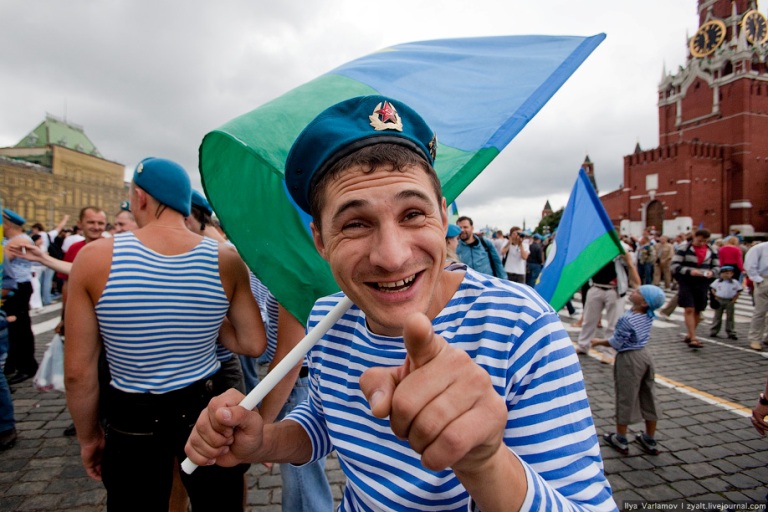 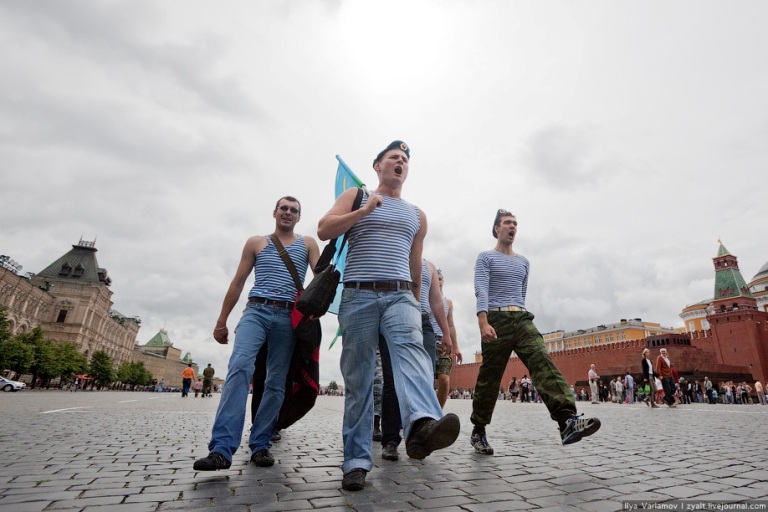 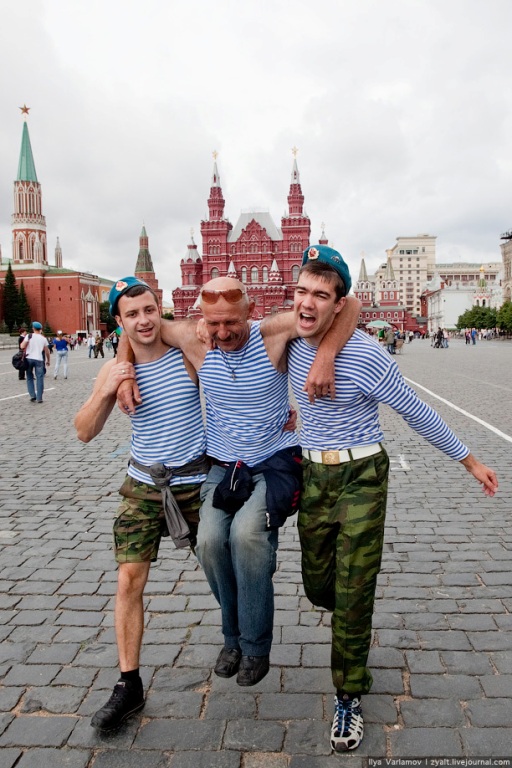 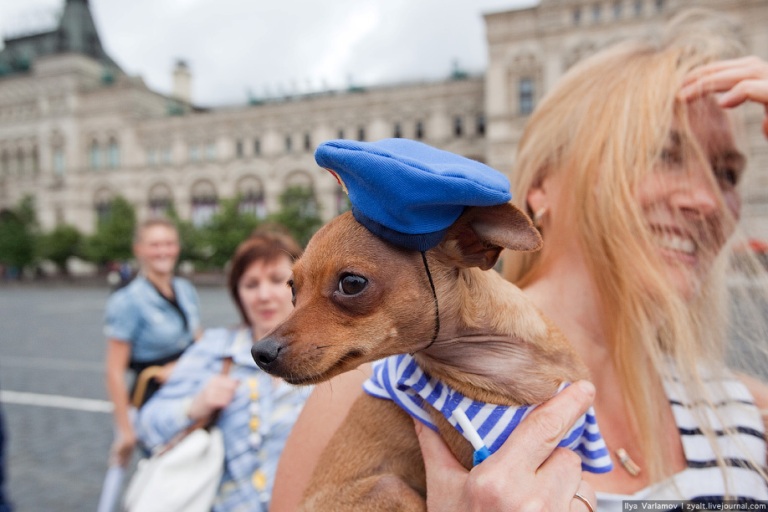 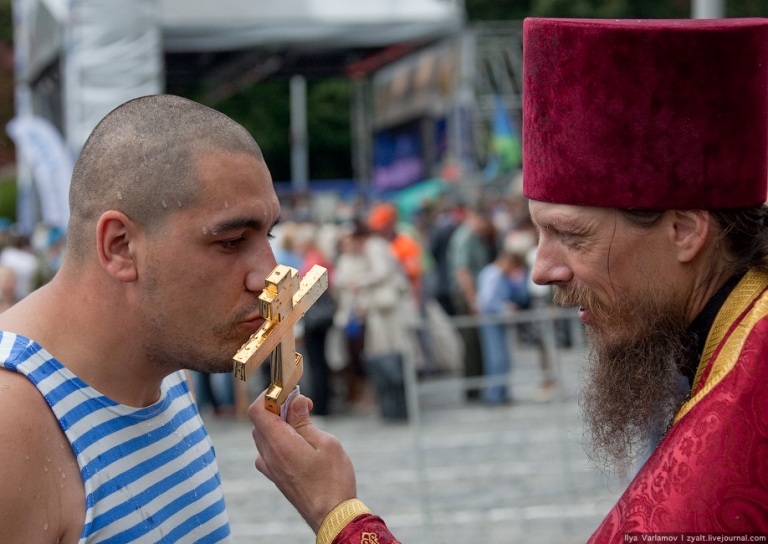 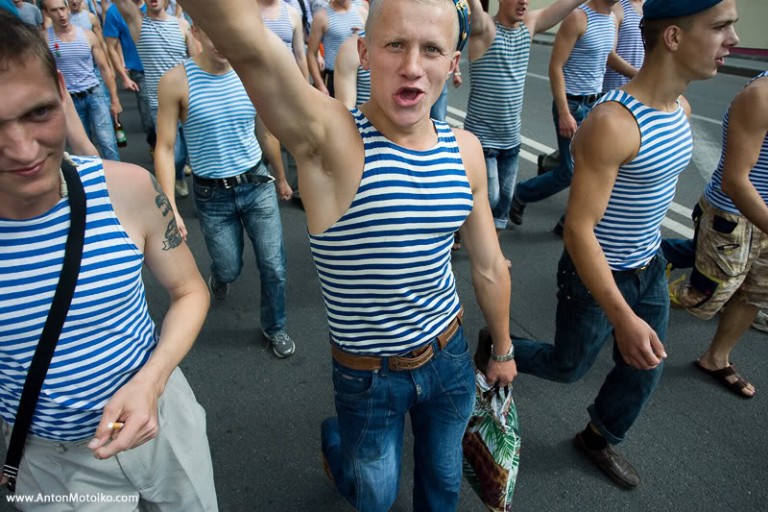 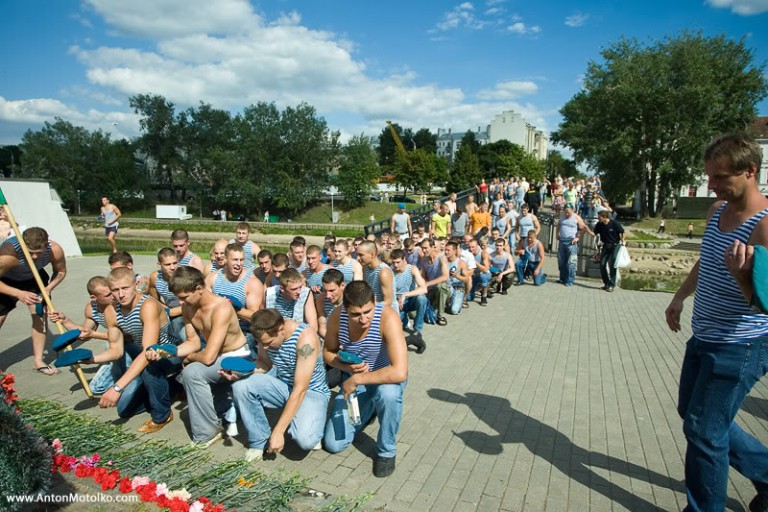