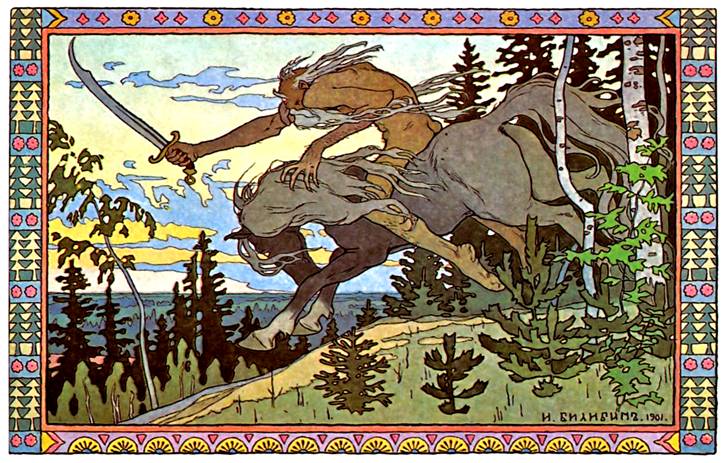 Koshchey is probably the most the most ugly and mean villain in Russian folklore. He is considered to be the tsar of the underground, a very greedy and highly malicious one. The second name oа this character is Koshchei the Immortal, it’s really quite hard to kill him, though, there are some ways to make him to give up the ghost. If you really want to kill Koshchey, you have to try hard and make a lot of weird things. Usually this king is described as a tall and skinny old man, who always steals somebody’s fiancée and locks her in the basement of his castle. Still, it’s not very clear why hу does it, because he already has one, Baba Yaga (to be told about next time), which fits him like a glove, being of the same age and appearance. 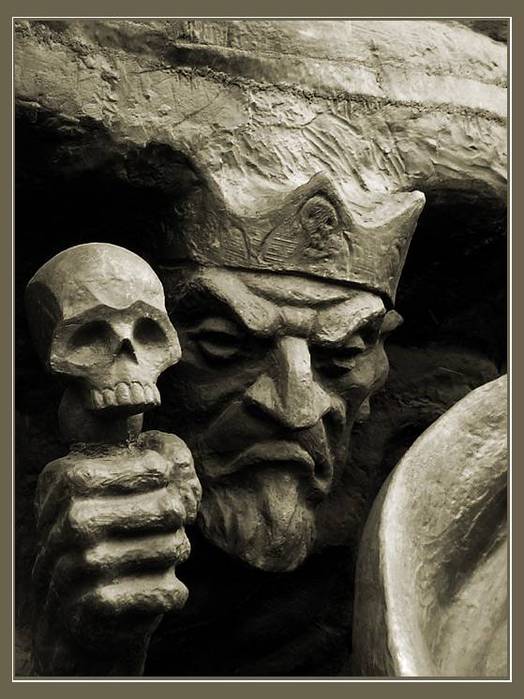 So, why this name? Koshchey derives from a word kost’ which means a bone, and as he looks more like a skeleton this name is just for him. Ukrainians call him Chakhlyk, and this comes from a word chahnyt’ = to dry away, which works for him just right – he is just about to go to pieces. Anyways, he is always ready to make off with another nice girl for making her his future wife. Of course, the girls’ men don’t like it and go to Koschey’s casle to set the young beauties free. If you want to kill this creature, you have to get his life, which is kept in the egg far and far away. His body can’t be destroyed in any other way but by breaking the needle his life is in.
This much-wanted needle is hidden in an egg, which is in a duck, which is in a hare, which is in an iron chest (or crystal or gold), which is buried under a green oak tree, which is on the island of Buyan, far in the ocean. It’s almost impossible to catch the hare, which is very fast, or the duck, which flies high in the skies, or break the egg, which is so hard to crack, and some tales say that you can break it only against Koschey’s forehead. Naturally, he can do what you want just to get the needle back. 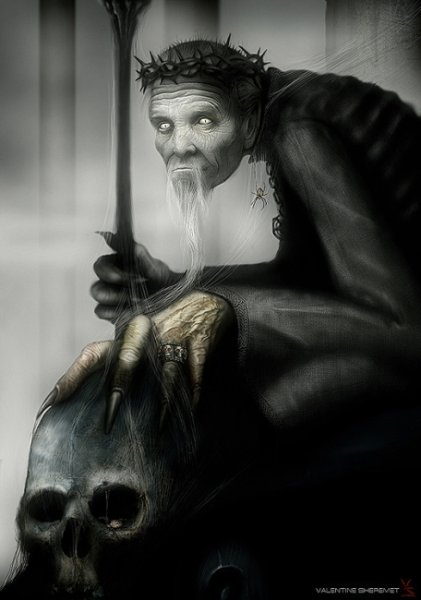 But he is not only an evil old grumbler who has a lot of gold and wants nothing but to make more money. In some legends he is described as a captive, who spent three centuries in the dungeons of dark and spooky castles. In some tales he is not only a magician, a sorcerer and a black wizard, but also a commander who came to Russian land to burn it down. 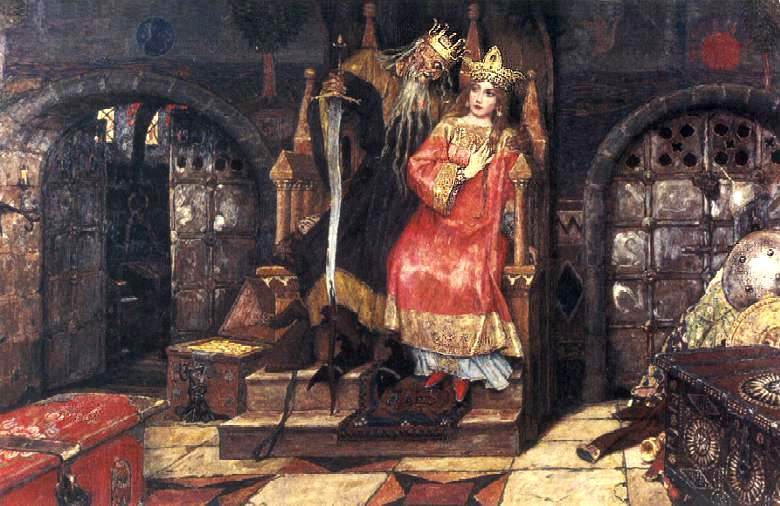 There are a lot of different stories about Koshchey, but in the end of any of them he dies, either killed when the main hero finds the needle, or shot with an arrow which has this needle. Actually, we don’t know much about this character, as usually he appears in episodes, symbolizing the evil of the whole world. But he is obviously the most vivid one in the old and new Russian tales. The stories with Koshchey being “in the cast” are really popular among children, and the most interesting full-length adaptations were shot yet in the Soviet period in black-and-white. 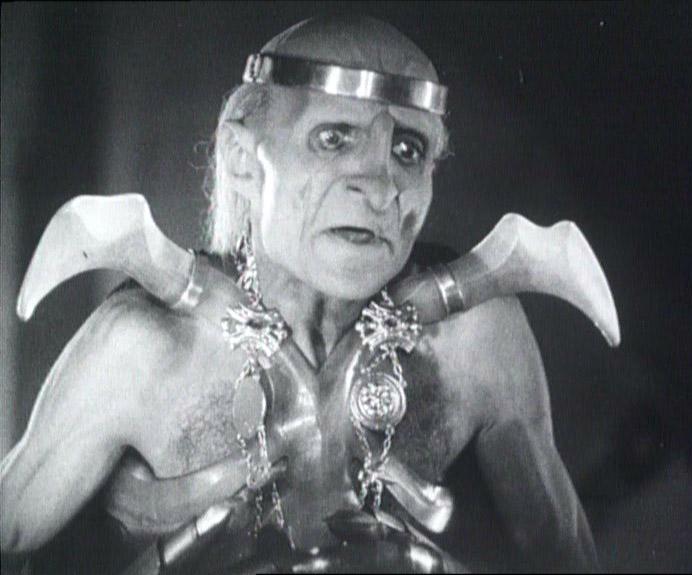 So, please, check all the needles at home, maybe Koshchey’s death is in one of them. Who knows, maybe you will get another bride as a bonus.