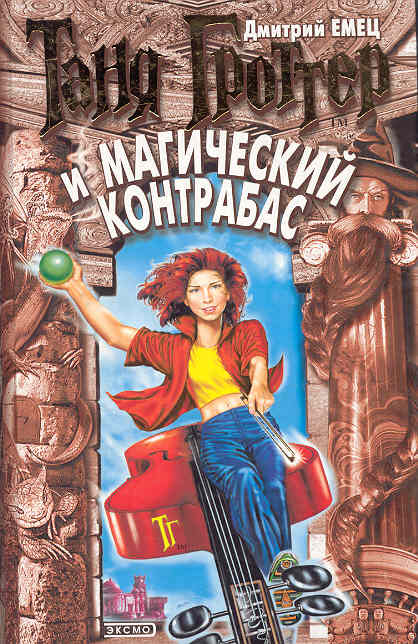 In Russia Harry Potter is popular too, in fact it was way too popular so some book publishing companies came up with their Harry Potter clones, trying to make it sound close to original even in naming the characters, so the most two popular ones were (and still are) the Porry Gatter with its first book “Porry Gatter and the Stoned Philosopher” – you can see it’s cover above, and the girlish series “Tanya Grotter” – like if Harry Potter was a girl (on the photo below).

Each series got a few sequels and got appreciated greatly by the readers. Then in order not to miss the buzz the Russian computer game producers came up with video games devoted to the stoned professor and Tanya Grotter, the first one was called “Tany Grotter and the Disappearing Floor” – for sure that disappearing floor was an evil trick of the Stoned Professor. Currently those books and games are legally available only in Russian speaking countries because in outer world they are targeted by JK Rowling and not available in translations. Once the Dutch publishers were trying to sell them but had to get it down after Time Warner claims on plagiarism.

In total there are more than twenty books of Harry Potter origin involving Hogwarts and its heroes, which could be such a nice present for Harry Potter western fans but probably would be never read/played by them.

In Russia some fans don’t divide those three story lines and mix it all up in their own Harry-Tanya Stoned World, rolling out cool parties devoted to all this stuff. So one of such parties is below, some of them can be really nightmarish.

here they were the photos from one of such parties, but were removed due to some requests.

24 thoughts on “The Unknown Harry Potter Stories from Russia”