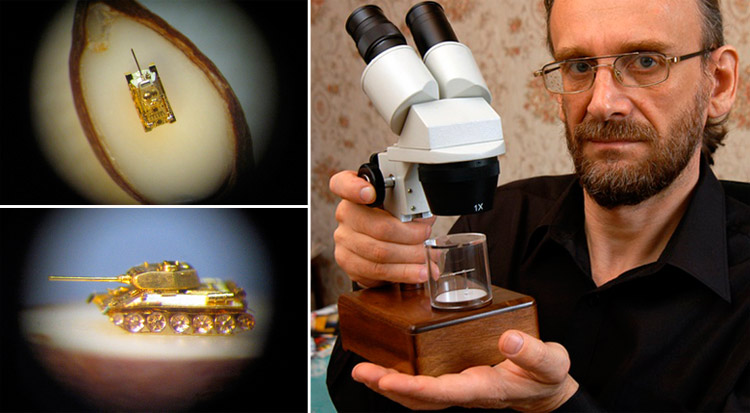 A super-master of miniatures Nikolay Aldunin is going to have a museum of his works in Moscow. He was born in Tula, but after becoming popular all over the country and abroad for his fabulous works, he moved to the capital and continued creating his tiny things there. He managed to shoe a flea, carved portraits of Russian authors on rice grains and constructed a microscopic miniature of the Eiffel Tower, and lots of other awesome things, which seem to be just impossible to make without special hi-tech equipment. But he can do that! 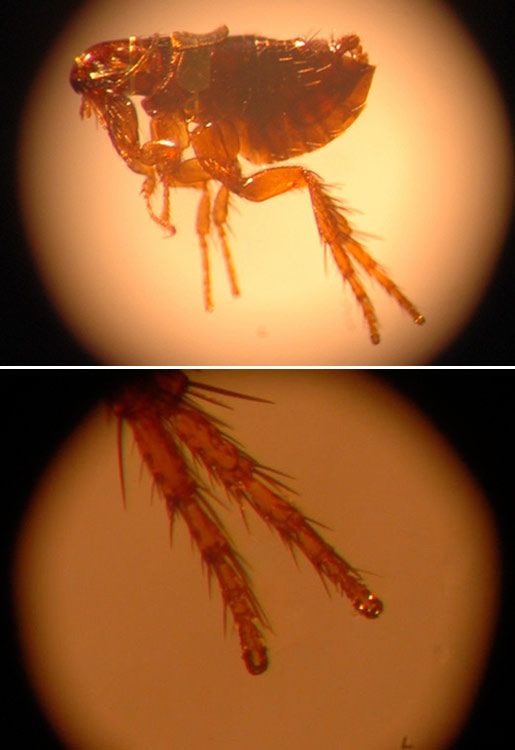 Of course, Aldunin sells most of his works, but still there are some items in his collection, which he will never agree to put up to sale. These ones are the flea and the Kalashnikov. 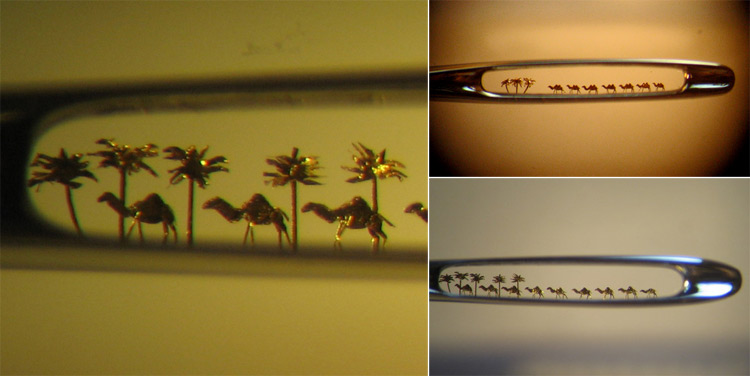 He has about one hundred works as for now. Creating some of them takes him just a few hours, but making certain items takes half a year, like it was with the Kalashnikov. He works only with a microscope, and says that all his imagination and vision is within it. 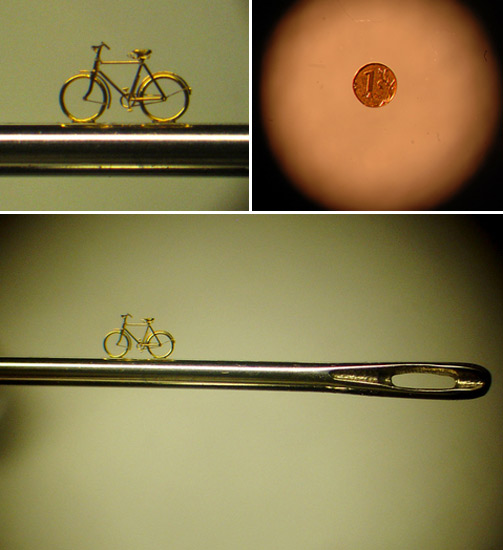 Aldunin started his art a decade ago, when he bought a microscope and decided to shoe a flea, like Levsha, a fictional character from a Russian satirical fairy-tale, who managed to do it â€œ150 years agoâ€. He took the flea from a cat, and dried it. After the flea was ready, he de-fuzzed its legs, cut the tiny claws and only then started his main work. He shoed the dried insect and attached a saddle and a stirrup to it, all made of pure gold. 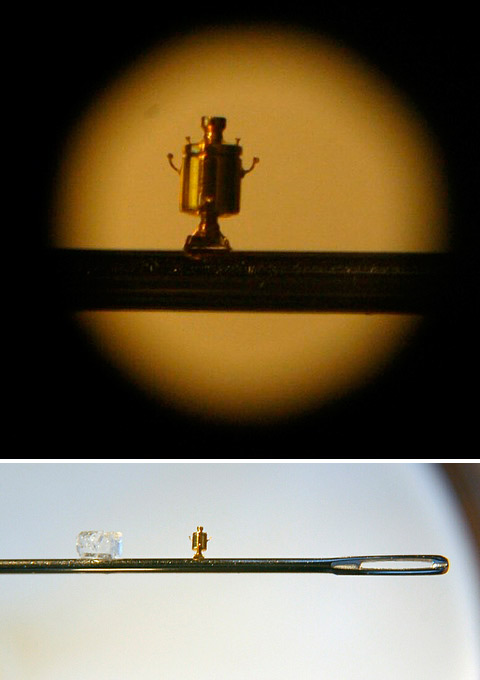 He believes that the most prominent thing heâ€™s ever done the T-34, a Soviet medium tank, 0.078-inch length and made of 257 details, the contraction is placed on an apple seed and is a exact copy of the real tank. He also has a camelcade in the eye of a needle and a 0.078-inch length bike. 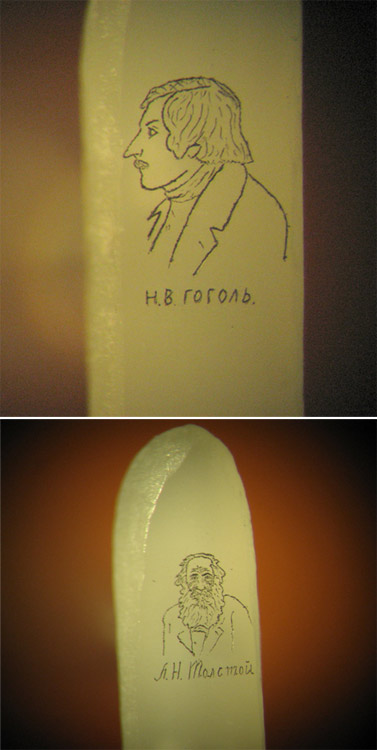 This works proves to be time-consuming not only when it comes to creating things, but also when youâ€™re getting the instruments ready for it. Aldunin spends long hours on sharpening his special tiny tools. 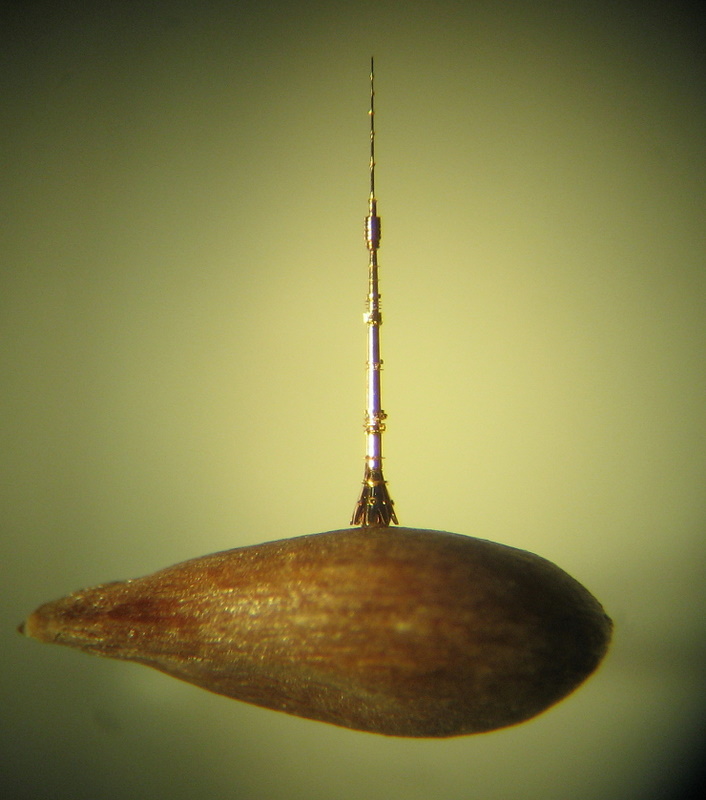 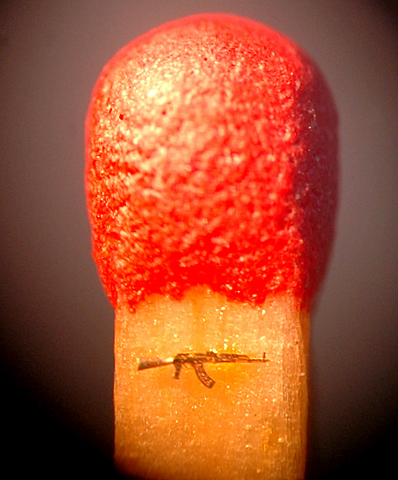 One flea-shoe made by Aldunin weights 0.00000004419 grams, so if you have just one gram of gold, you get 11,314,772 pairs of these insect footwear, not a very expensive thing, really. So, if you want your cats and dogs have really trendy parasites, you know whom to call now.