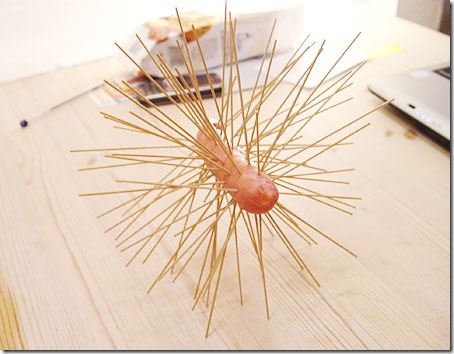 A new dish became extremely popular among some Russian bloggers lately. Now it’s not quite clear who was the first one who invented this mod by pinning some uncooked sausage with hard spaghetti sticks and then boiling this alltogether and getting first “haired sausage” ready.

Then, publishing the outcomes on Internet caused a real wave of interest from many who wanted to try making their own haired frankfurter. Even the black-haired ones. It became a real hero, and seems is still not very known abroad.

Some say that this dish was known to the Eastern nations before and they even erected a monument to comemorate it, as photoed in Seoul, Korea.

And here a short video footage teaching the basics of hairy sausage cooking: