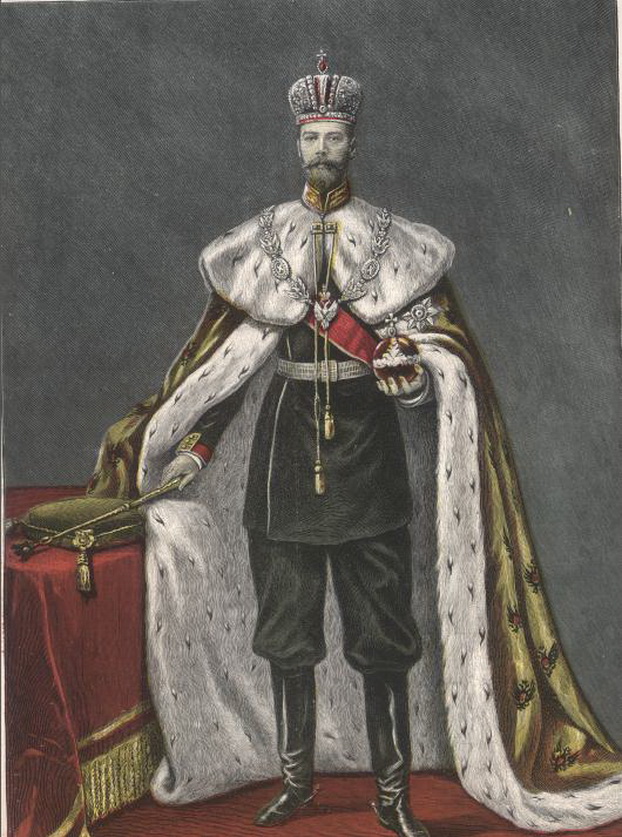 On  14 (26) of May, 1896 in the morning all the stalls and shops in Moscow were closed and there were no pedestrians and carriages at all — the city seemed almost deserted. But in fact, thousands and thousands of people gathered near the Kremlin and were waiting for the new emperor to be crowned. The area around the Kremlin was flooded with local people and guests of the city, some of them were just standing, and some of them were sitting in the amphitheatre around the square. 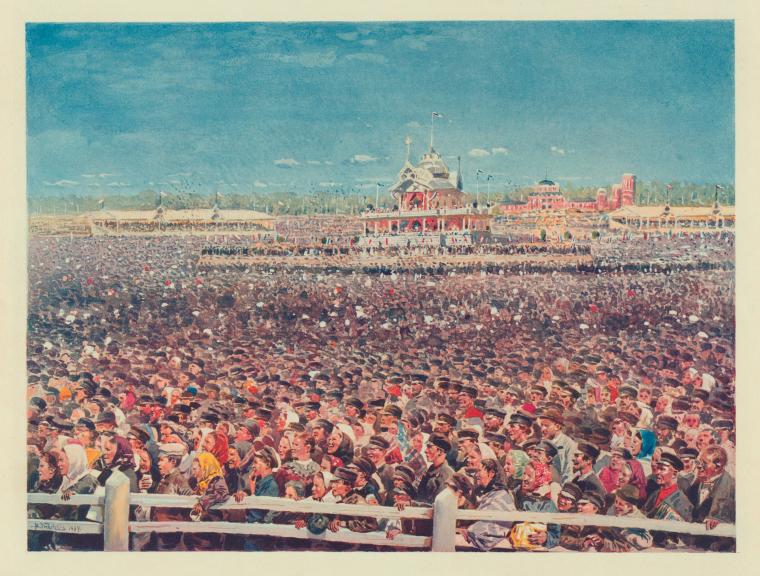 In the Kremlin cuirassiers, Leib-hussars and Leib-uhlans were paraded and put on alert along the path of the future cortege of the (last) monarch-to-be. Other troops were behind. 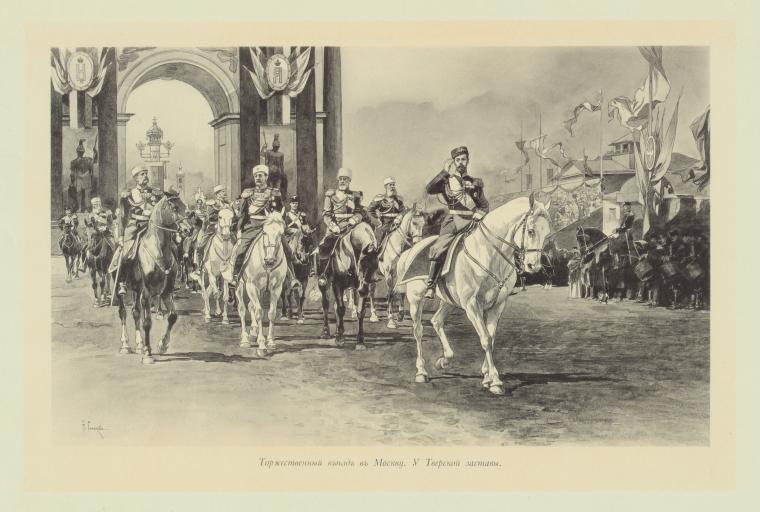 At 7 sharp the bell of Ivan the Great Bell Tower rang loud and the cannons started to salute, 21 shot, one after another, were fired and sweet mellow chime spread all over Moscow. Representatives of Russians towns and cities, zemstvos and nobles marched to the Dormition Cathedral of the Annunciation, where at 10:30 Nicholas II was anointed the emperor and his wife, Allexandra, was made the empress. 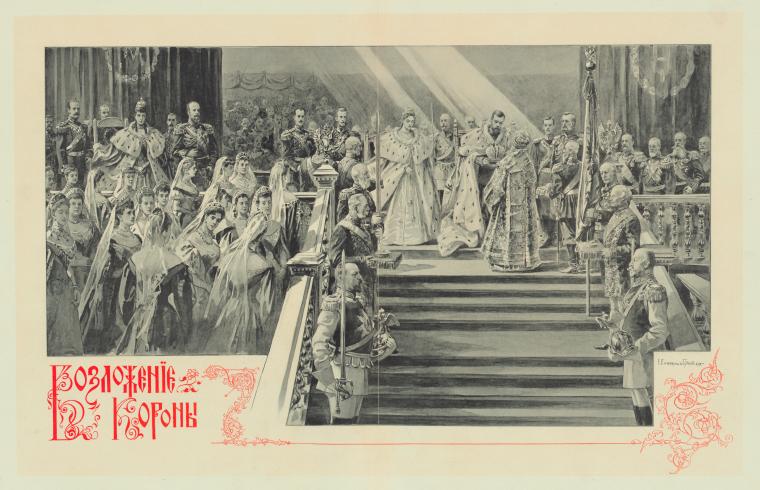 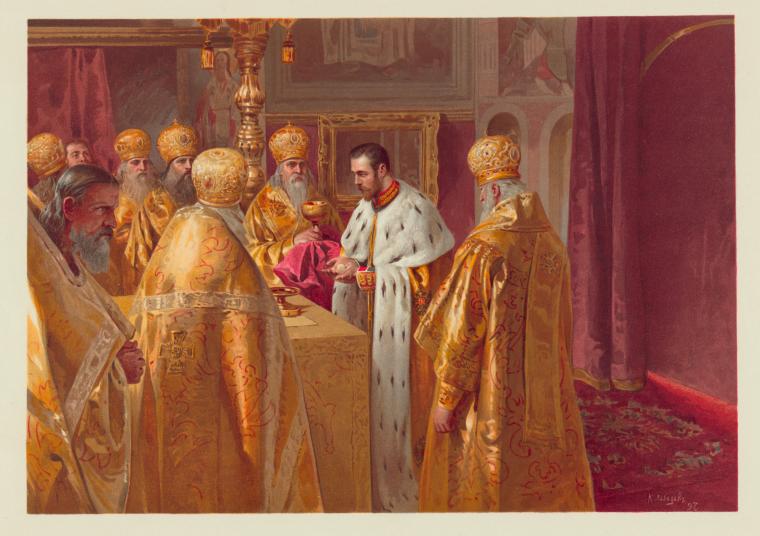 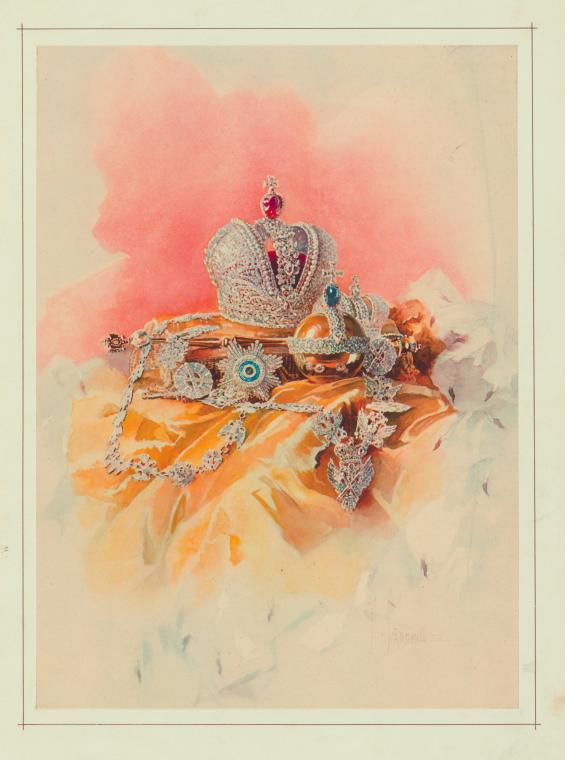 During the coronation Nicolas had the King’s coat on and his wife was wearing a gorgeous silver brocade gown. The best masters of the country had started to create Alexandra’s coronation outfit a year before that day. The brocade was made at the best silk-weaving  Russian factory of Sapozhnikov family, well-known all over the world. Nuns of one Moscow monastery were engaged in making the embroidery in Old-Russian fashion. The gown was embroidered with silver and decorated with seed pearls. It weighed 10 kilos and the mantle weighed 13 kilos — so, being the last Russian empress was a heavy burden right from the beginning. 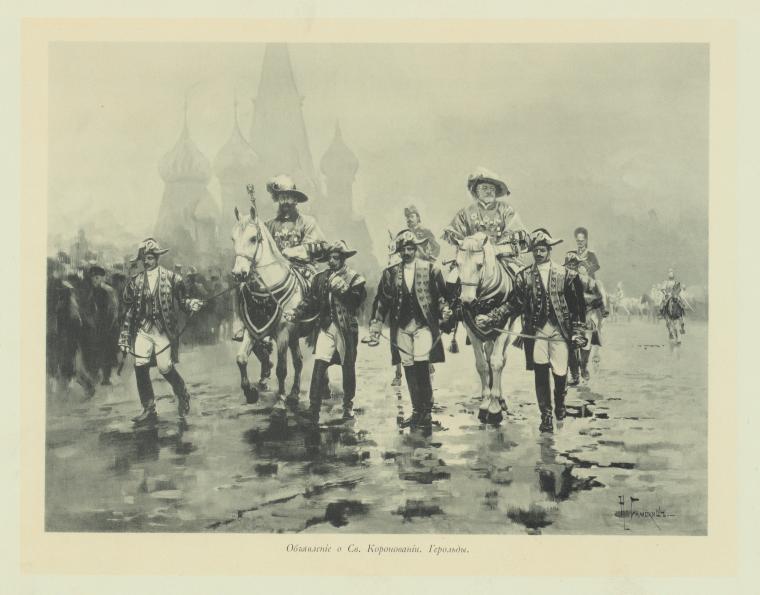 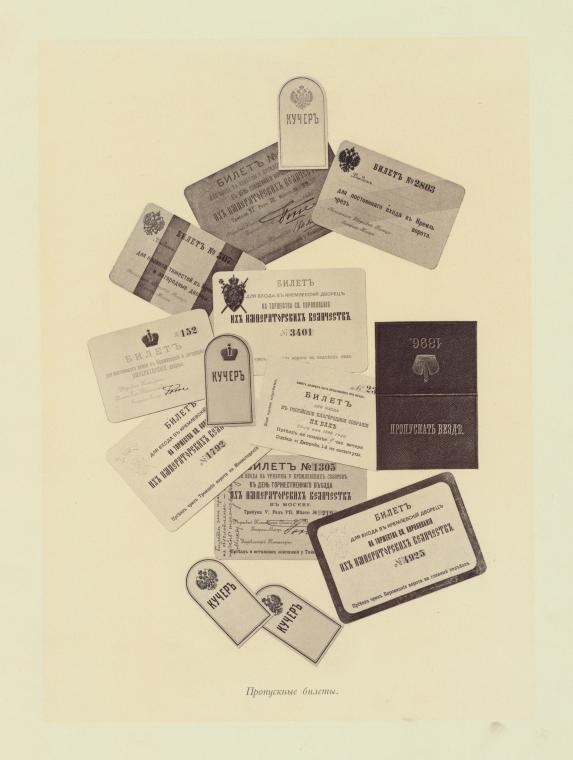 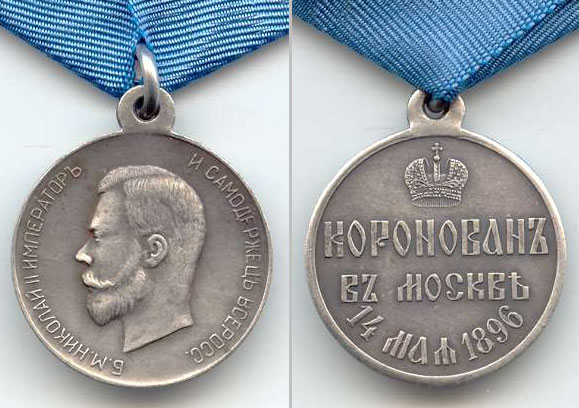 In 1897 the famed jeweler Peter Carl Fabergé presented a special Easter “Coronational” egg, one of the most splendid things he had ever created – the magnificent piece of art with a tiny golden carriage inside, glowing with gold, diamonds and mountain crystal. 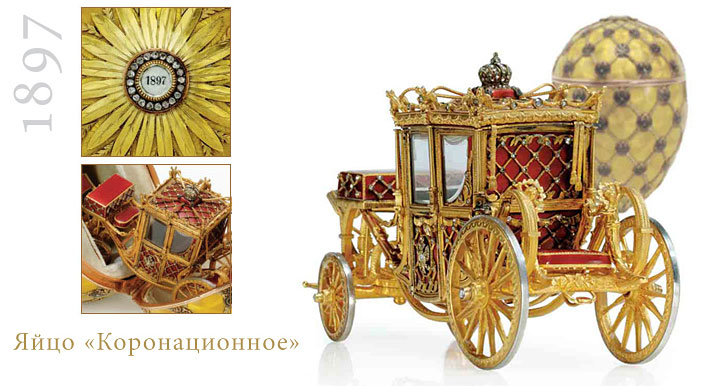 The menu for noble guests was just real jam, and apart from traditional things they could treat themselves to  jellied partridges, turtle soup and little chickens. 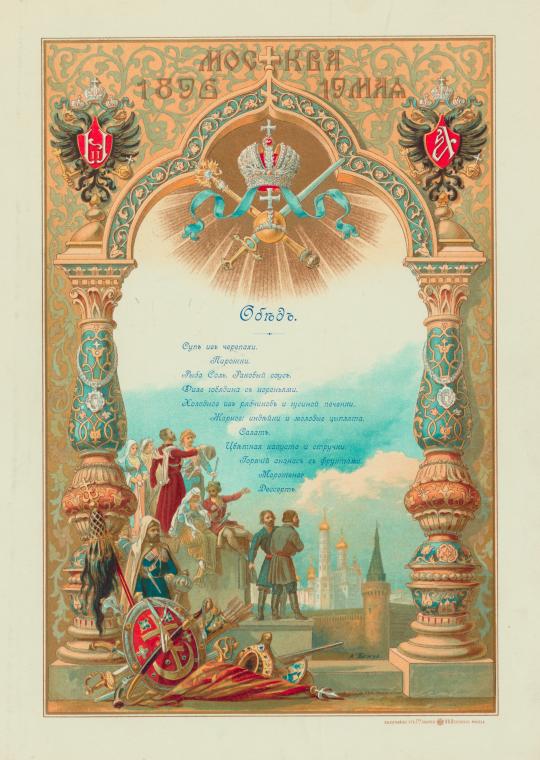 Even though in was more than 110 years ago, now we can witness what was going on around on that day – one of the oldest documentaries ever grants us with an opportunity to peer into the ceremony.

20 thoughts on “Coronation of Nicolas II”