The Moscow Kremlin is a very old historic fortified complex at the very heart of Moscow and it has four palaces, four cathedrals, the well-known Kremlin Wall around it and great Kremlin towers. The complex used to be an official residence of the head of Russia when Moscow was its capital and is now the government’s headquarters. Several structures were built in stone at the behest of Ivan Kalita in the late 1320s and early 1330s, and then the construction of churches began. At first the great wall was wooden, but to protect the area from fire it was demolished and the stone wall appeared.

Later Grand Prince Ivan III urged reconstruction of the Kremlin and invited several prominent architects from Renaissance Italy who worked out the design of the new Kremlin wall and its towers. Now there are 20 of them, The Spasskaya Tower being the greatest and the main one. According to some historical sources, the clock on the Spasskaya Tower was installed 1491 and 1585 and in 1935, the Soviets put a ruby star on top of it. 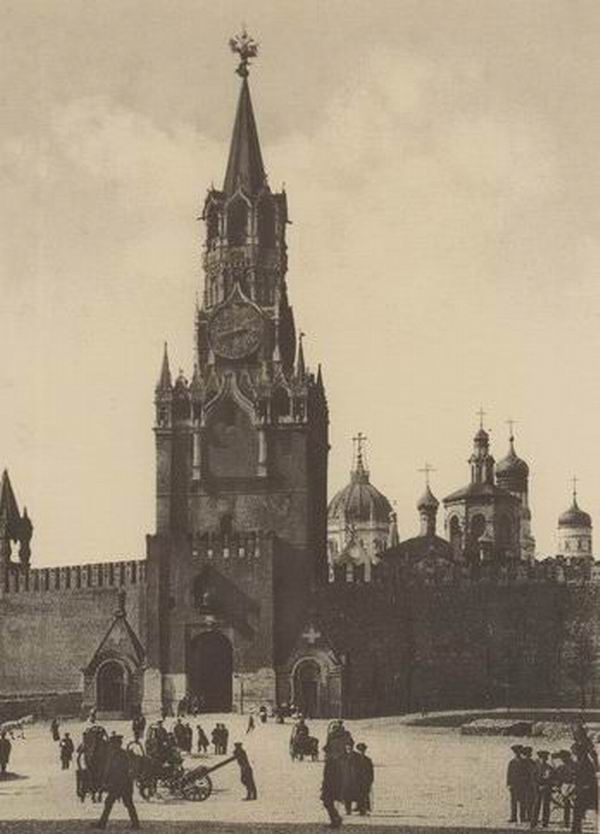 There is an old tradition related to this tower – in recent times if you came to the Kremlin, you had to go through the gates of the tower or less you had to bow to it 50 times. Any person could enter towers for free (!) with a ticket taken at the special office and see how the tsars lived. 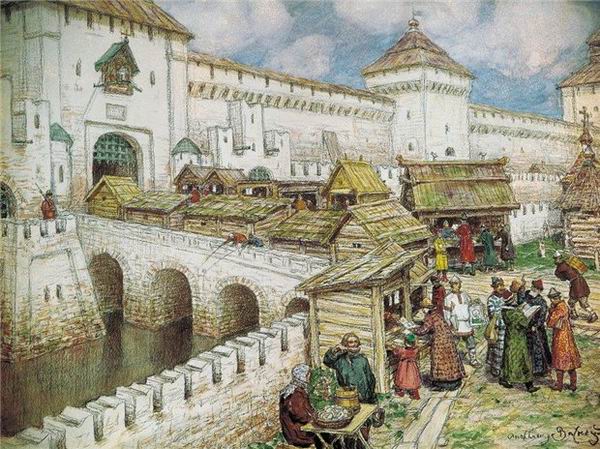 The Kremlin has a lot of legends, usually connected with supernatural things. People say, within the wall you can meet ghosts of those who ruled the country – Lenin, Ivan the Terrible, Vasily II Tyomniy (Blind) and Ivan Kalita, the founder of the city.

People, who work in the museum say, that the spirits often come to see what’s going on around and remind others about themselves. Thus, the ghost of Ivan the Terrible always comes out of the parallel world in a cloud of blood-red glowing sparkles. Lavrentiy Beria, a Soviet politician and a cruel chief of the Soviet security and secret police apparatus under Stalin, often appears stealing along the corridors of Kremlin too, with the hat pulled low over his eyes. But the most usual guest of the Kremlin is Stalin – when his spirit is about to emerge, the temperature in the room falls sharply. Maybe, the last visitor likes to come to this place simply because his ashes are just near, in the well-known Kremlin Wall Necropolis. 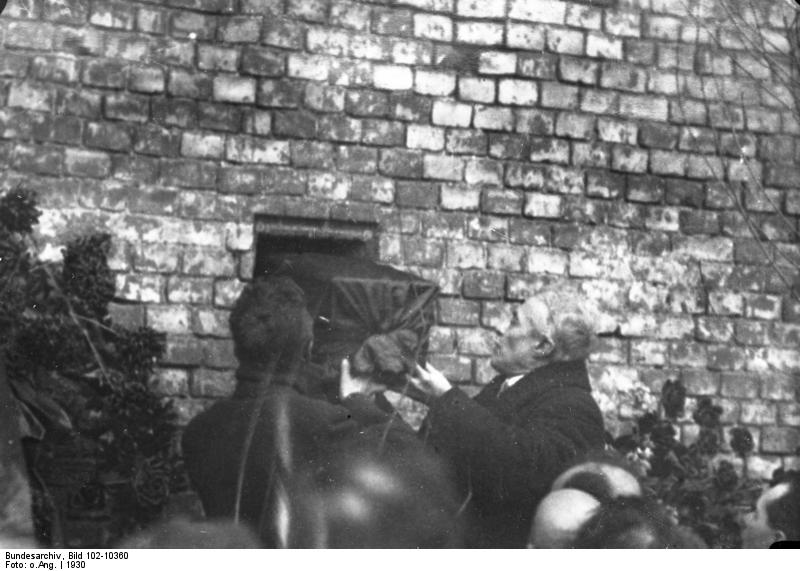 After Peter I moved the capital of the country to St. Petersburg, for over two centuries Moscow ceased to be the main city of the empire, but still all the monarchs of it were crowned in Kremlin. The interiors of the Kremlin towers were designed just for coronations and great meeting. The photos show how it was in the late 19th century, right before Nicolas II was made the emperor (the last one) of Russia in May, 1896. 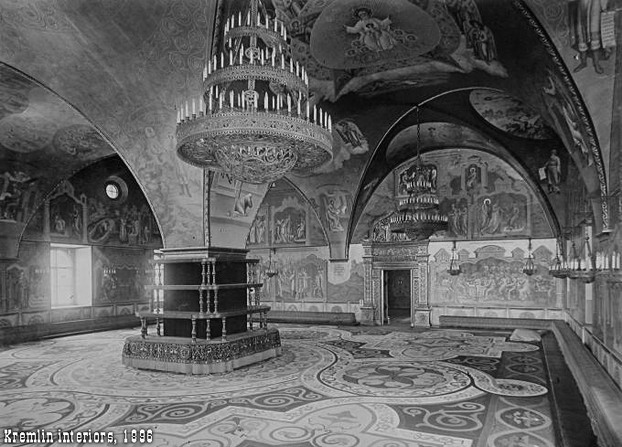 16 thoughts on “Some Facts on the Kremlin”