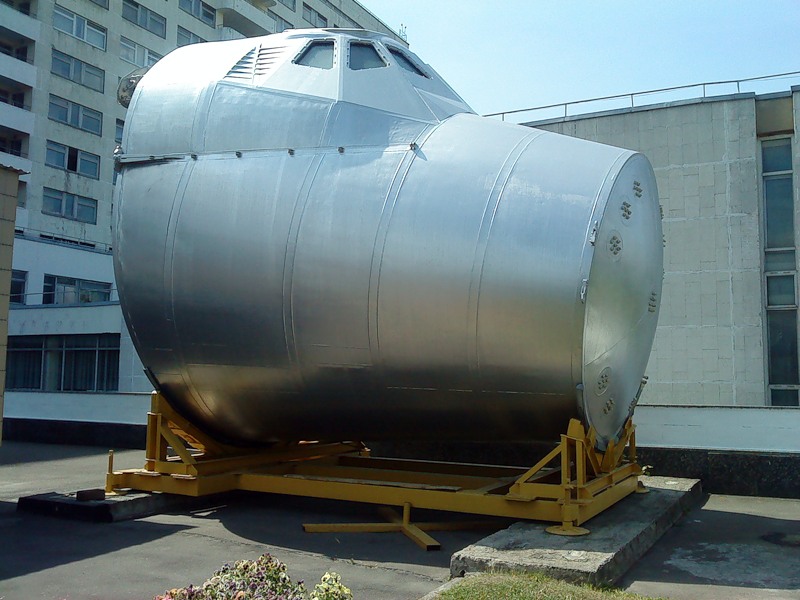 There is a piece of what was before a glorious Russian shuttle “Buran”, staying in front of one of the Moscow hospitals. It hasn’t been placed there as a monument or something. People who know its history tell that once when the Soviet Union collapsed they sold much of high-technology costly hardware for just some pennies to people who didn’t even know what to do with all this.

For example, this head module of Buran shuttle in some mysterious way appeared in ownership of the hospital. They couldn’t find a better use for it to make a pressure chamber. Then they found out that they have not enough funds to make such chamber, so, they decided, the best use of this piece of space relic is to sell it for scrap metal. But then again they found out that even scrap metal services would cost them some money they didn’t want to spend. So the capsule stayed abandoned just in front of the hospital. They still agreed for some expense though – they have bough a big padlock and locked the unit from curious strangers. So it stays there now too, as a symbol of cool Russian space technologies, even after that much years passed not looking rusty or whacked out, looking like it’s ready any minute to get back to the space shuttle assembly line.
via u96

12 thoughts on “The Piece of a Shuttle”