And yet again, now BMW SUV driver has parked his car right on the path of the trams. Tram’s passenger got very disturbed and surrounded the car in question, then when the driver came attacked him, but looks like the BMW driver was in better physical form than the attacking disturbed passengers and easily defeated them.

But bit later someone on the same car still got revenged for the wrong parking habit. 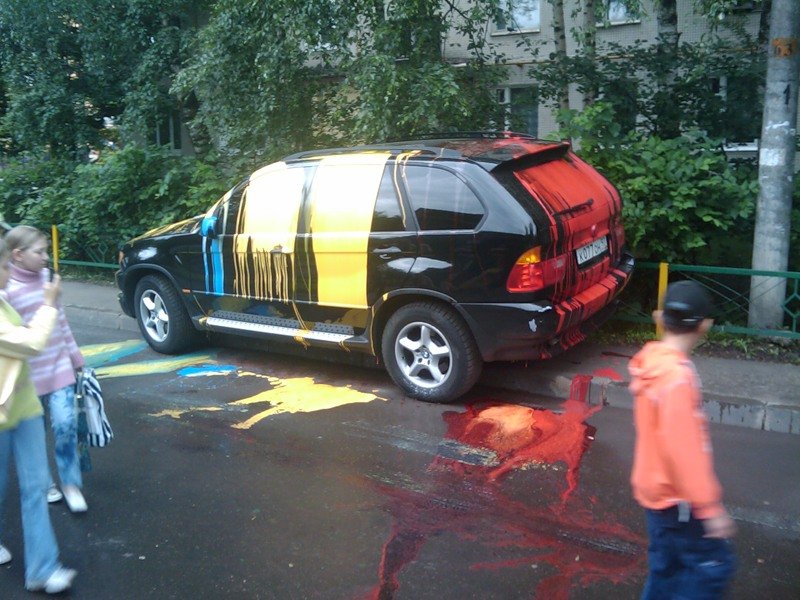