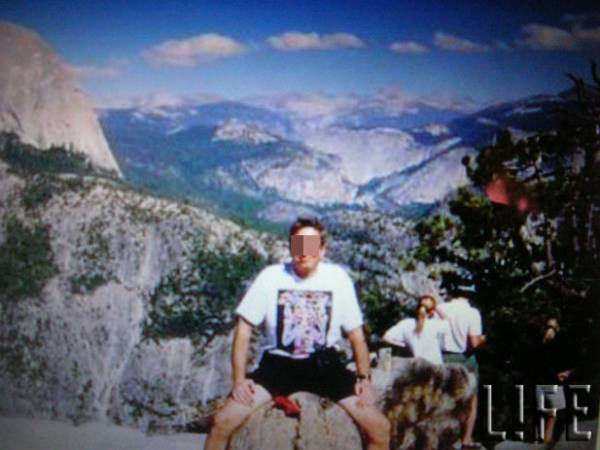 First one is about the Russian tourists in Florida where they read in local travel about the law that prohibits sexual relations with a porcupine. That seemed so funny to them, that after some drinks they decided to get a live porcupine and prove that they can break such stupid law. Their travel mates weren’t sure they would manage get one, and were very surprised when guys brought a creature from somewhere and then… well then they did it.

Then later that night they had flight to California, and next morning they found out that… This “stupid American law” has got some reasons. Both of the heroes had severe pains in their eh.. well, down there, and went to visit a doctor.

Doctors got the diagnosis that is on the paper above. He also told them they are lucky they didn’t visit the doctor in Florida cause he could report to police about this crime. Second photos come from Egypt, where Russian guy got too much beer in paper glasses. And eventually felt asleep. He probably doesn’t need a table when he is on flight too. And the third story took place most close to Russia, just 15 km (10 miles) away from Russian border in Finland, Russian guys found the farmer who makes some disturbing statues and put them all around the area. The most disturbing fact about this art project is that the artist uses real human teeth from dead people probably to complete his statues. So they look really creepy.