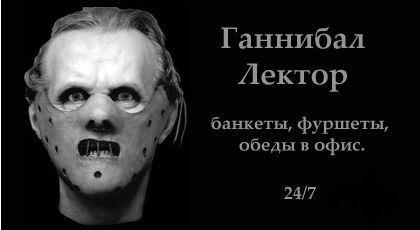 How could the business cards of some people who probably never had them could look like?

The first one above says: “Hannibal Lector, banquets, drinks and lunches directly to your office, 24×7” In Russia they consider Popov, not Marconi, to be an inventor of radio. B. Gates: we exchange old bugs to new bugs. Do you have problems with relatives? Present them our sea cruise. Titanic: Atlantic Sea Cruises.