These days there were huge celebrations for the Victory Day – the annual date when they mark the victory of Russia in World War 2. In Russia people got really amused when someone tells them that World War 2 was won by allies. Every Russia, from schoolboy to oldest granddad know that the World War 2 victory is Russian.

So right after the war ended the decided to commemorate the victory in art too. They wanted to erect something as big as never was done before. So the idea came to someone to build not one but a chain of monuments and place them in different locations to shock the imagination of people with the scale of this creation.

And so it has been done. Three huge tall monuments were build in three locations – from Ural mountains in the central Russia to Berlin, Germany. All three monuments were connected by one item. It was a huge metal sword of victory.

Let’s go inside to see all three in detail. The first one as I said was built in the Ural region. That region was not affected by World War 2 – German troops simply didn’t manage to approach those areas. Many plants and factories were moved from the frontline and nazi occupied cities to this region to continue manufacturing weaponry and supplies for the Red Army.

So here the Sword of Victory has been hammered into shape and then handled to the Soldier by the Blacksmith. That’s how the story of the sword begins The actual shot of that times when the metal sword was prepared. 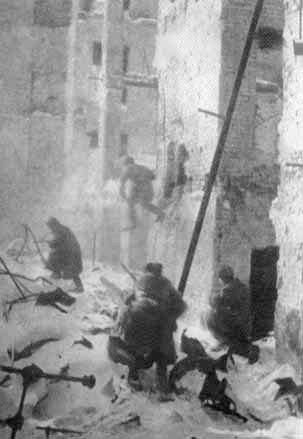 Then we move more than thousand miles to the west, to the city of Stalingrad, where the most furious battles took place in 1942. 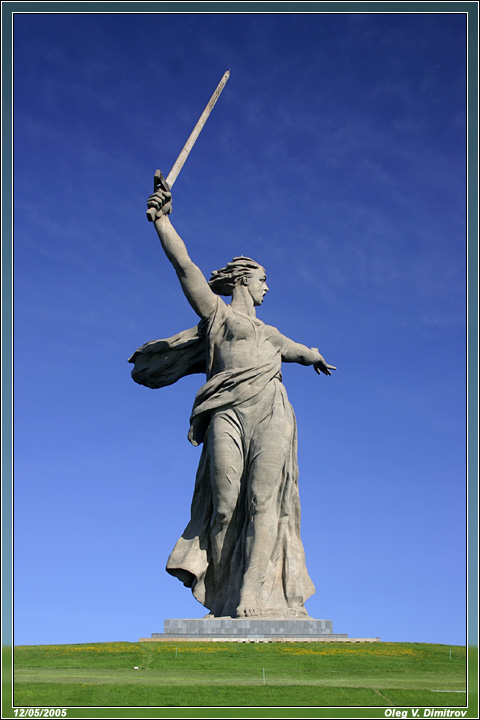 There the second part of this art composition was built. The raging fighting motherland using the sword of victory to do justice upon the Nazi agressors. That’s the tallest and biggest of all three. And the third one was built more than thousand miles further west, in… Berlin, Germany. The German government caused no obstacles to the art initiative and allowed Russian architects to erect this one in the center of their capital, probably acknowledging the role of the Soviet Russia in the WW2 victory.

Here the sword is hold down resting on top of the crushed down swastics.

As a result, they say this to be the most huge artistic complex in the world – three parts separated by thousands of miles representing the actual range of the battlefronts during the WW2 and connected by the Sword.

23 thoughts on “The Sword of Victory”