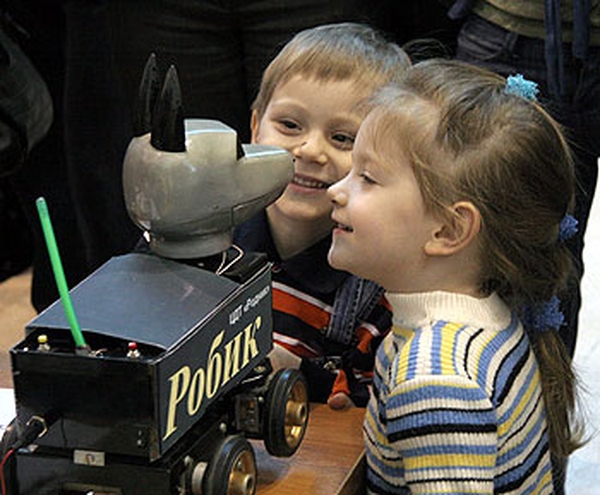 This days there is robot contest held in Moscow where different Russian self-made robots participate.

It’s not clear what are the robots for, so the captions are just translated from what we had. Guess what’s that? For sure it’s a Russian version of Wall-E. Here are two: one is robot-vaccum-cleaner “The Wire Legs” and second is “Darth Vader Helmet” robot. The “Hear-me” Robot, also known as “Robot that looks like a Bird Cage”. “It’s written ‘The soccer-player bug-robot’, but it doesn’t look like either one of those’ “The DJ-robot, at the background one can see the Eight-robot” “Robot Moon-Rover. The solar panels look like pieces of keyboards.” “Robot I-can-see-far-away”, in other words the periscope robot. “This one I can’t name, but the top part of it is damn needed by the DJ-robot.” And, finally, the Only-looking-like-a-robot robot, also it has a remote control.