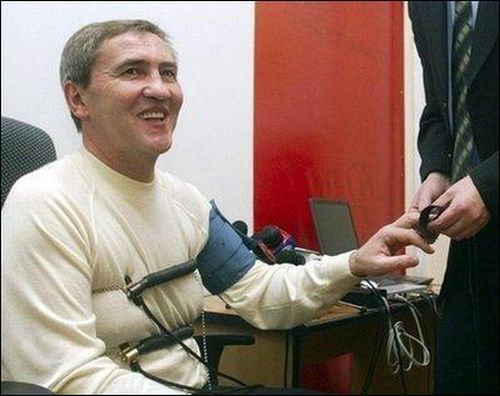 Yesterday one of the Britain’s most popular newspapers has published an article about such nasty thing as paedophiles. They needed a photo to illustrate the article so they got one, probably from the online photo banks selling loyalty free photos cheap, probably by just searching for “lie detector” keyword. They blured the face – well, it’s not something where they could not not blur it, and published. But when Russian audience got access to the article they found out that blured-faced-guy is a hero of many Russian internet lore – the mayor of the Kiev city Mr. Leonid Chernovetsky, known in Russia as Leonid-Cosmanaut for his weird behavior, manners and statements. 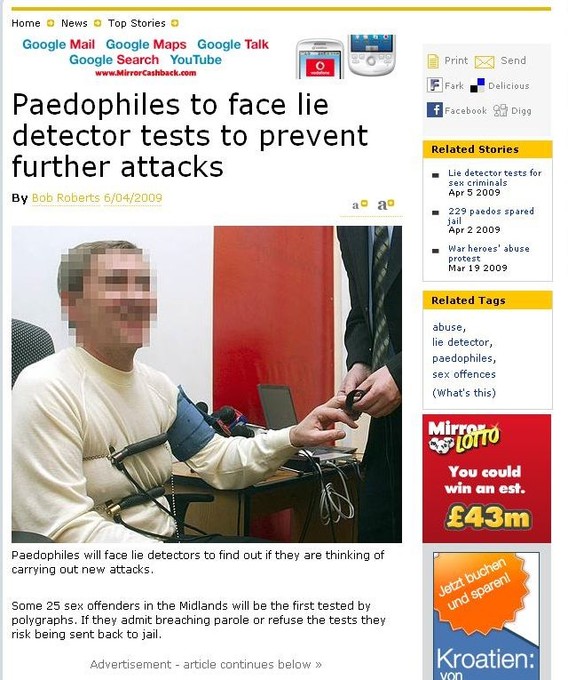 The screenshot of the Daily Mirror website with the article live.

After the buzz in Russian blogs has reached the editors of the newspaper the article was taken down, but it’s copy is still available (as of now) at the google cache, here is the link. 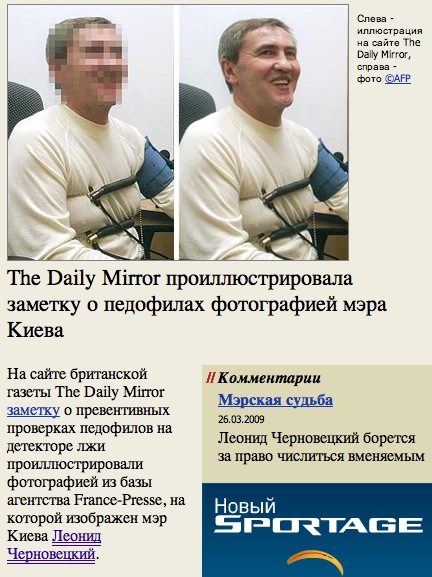 And here is a small footage that made him Russian blog-hero:

Here is a translation:

“…interested in that people trusted in God [pause] were visiting Orthodox churches [pause] mosques [now longer pause] ehhhh… [pause again] ehhhh… other cult ehh.. places, and for jews and for those who are into Jewish religion and ehhhh.. how do you call that? Errmmm… Hindru? Hindruss… [pause, someone trying to give him a hint] Huh? No, no. [pause]…And for others. [another hint from someone] Huh? Yes, yes those who are into Hinduism, and are into [pause again] Buddhism.”