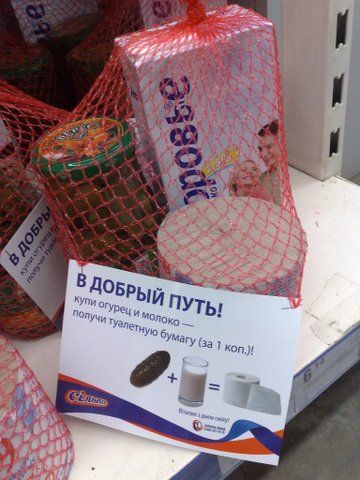 This Russian supermarket in Ukraine has strange sense of humor. Like on the photo above they offer to buy “pickles and milk and then get toilet paper for just one cent” obviously saying that you would need it after such a lunch. Some more inside. 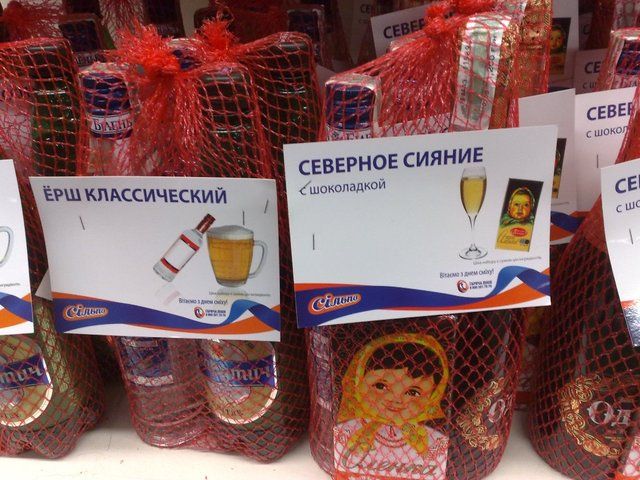 “Classic Russian Yorsh” – Yorsh is a Russian drink when one mixes beer and vodka. There is a Russian saying that if you drink vodka without beer you just waste your money, so the supermarket owners have taken care about customers finance – they offer in one set bottle of vodka and bottle of beer. The second set is some wine and childish chocolate, the message is not quite clear for me now. Moving on. 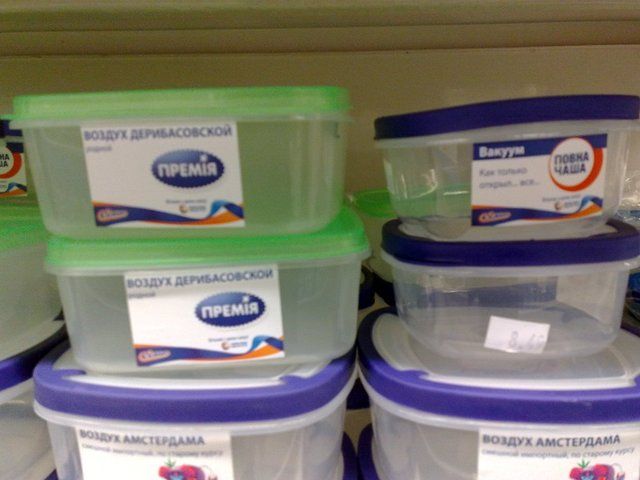 Now, plastic food boxes sell much better with those one them: “Air of Odessa” “Air of Amsterdam” etc. 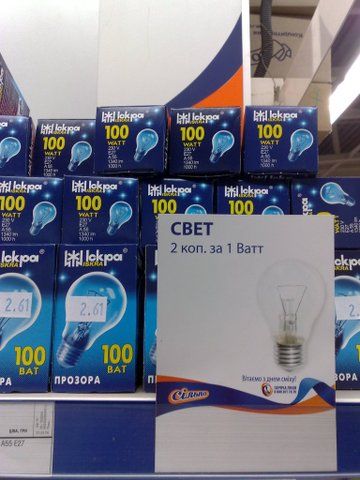 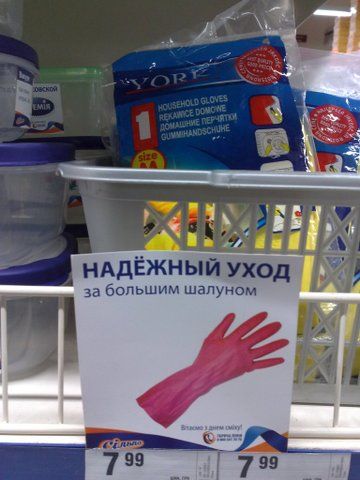 And this if to translate according to what they mean is like “Best care to spank your monkey”, with double meaning also in Russian.