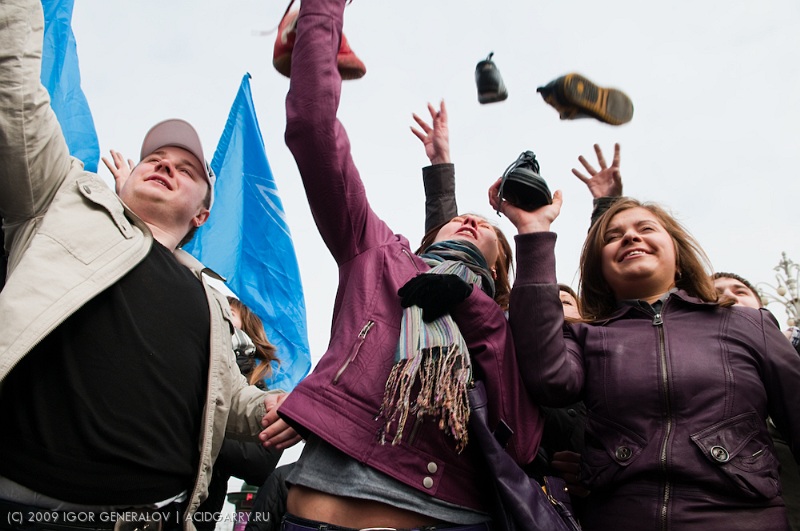 Tens of Russian young men and women have gathered in Moscow to participate in strange action.

They have all got there to… throw their shoes in the photo of George Bush and some other people, that were drawn on the basketball stand.

The slogan of the action was “I won’t miss!”. 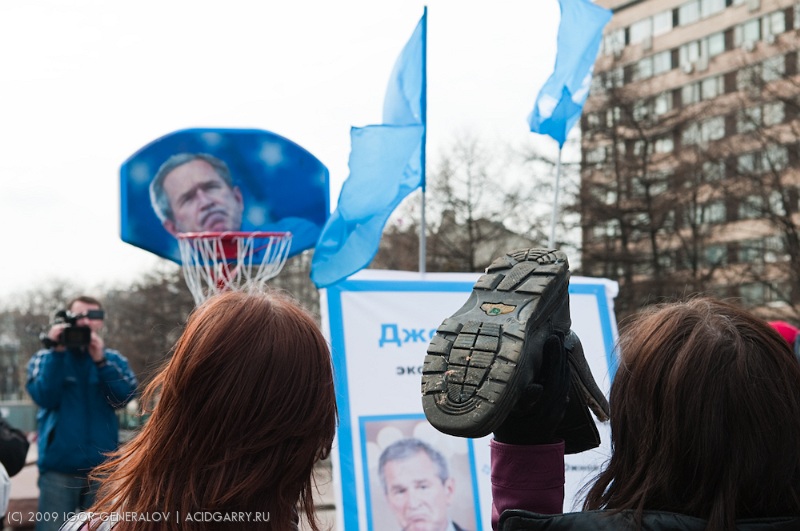 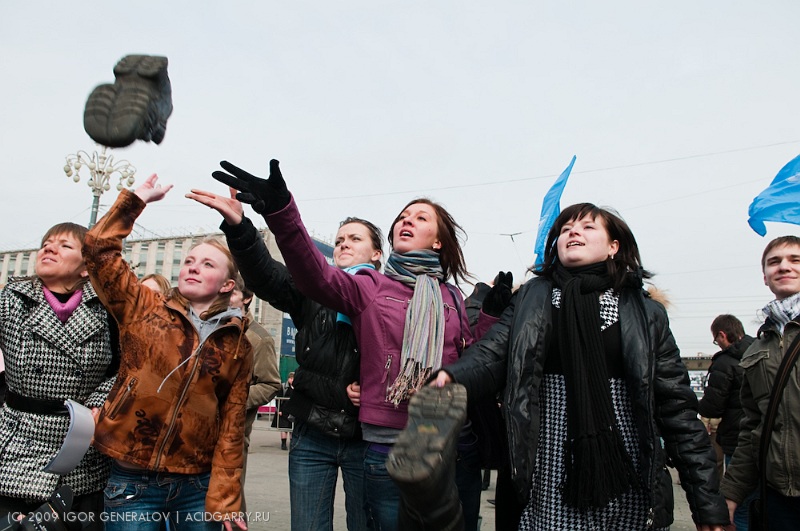 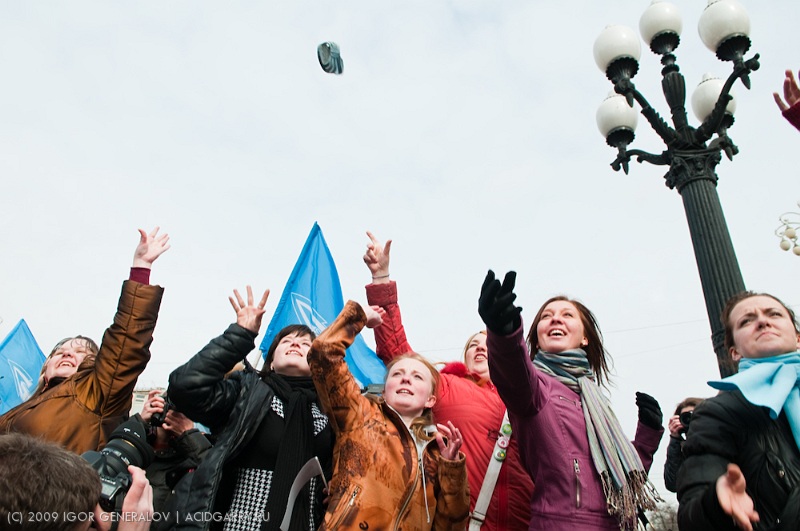 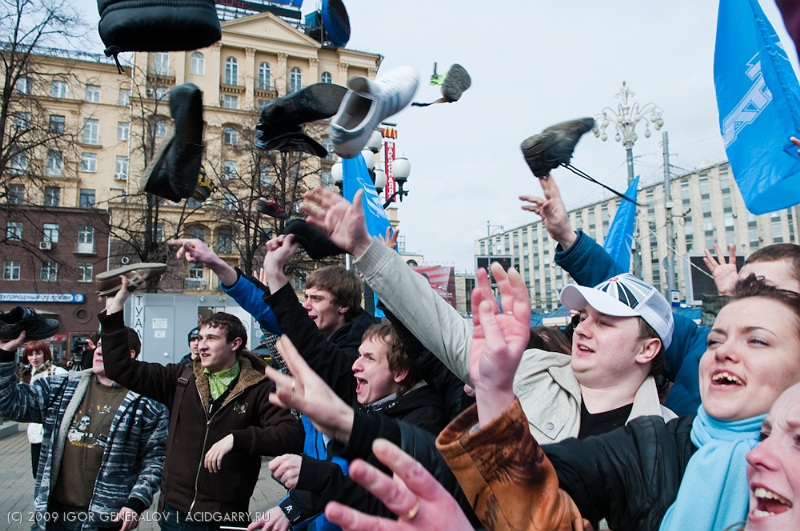 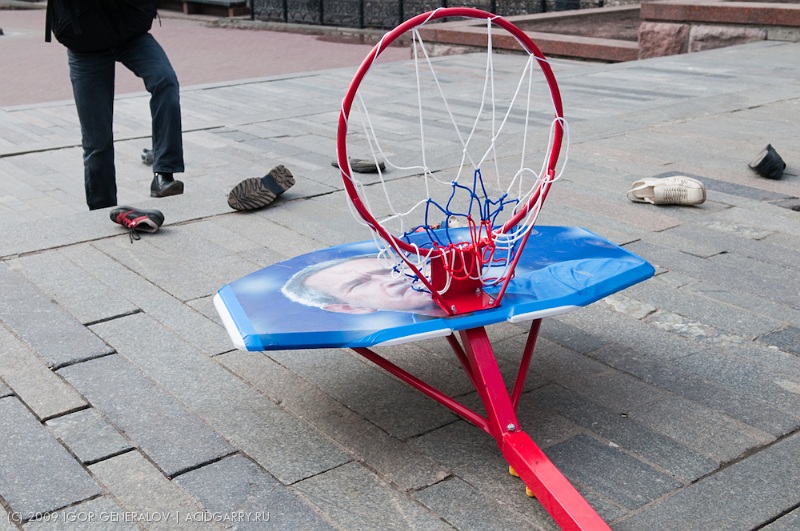 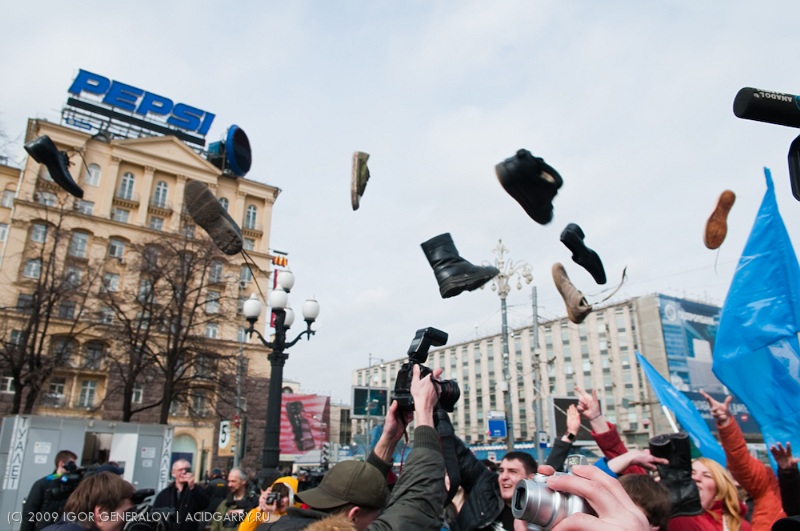 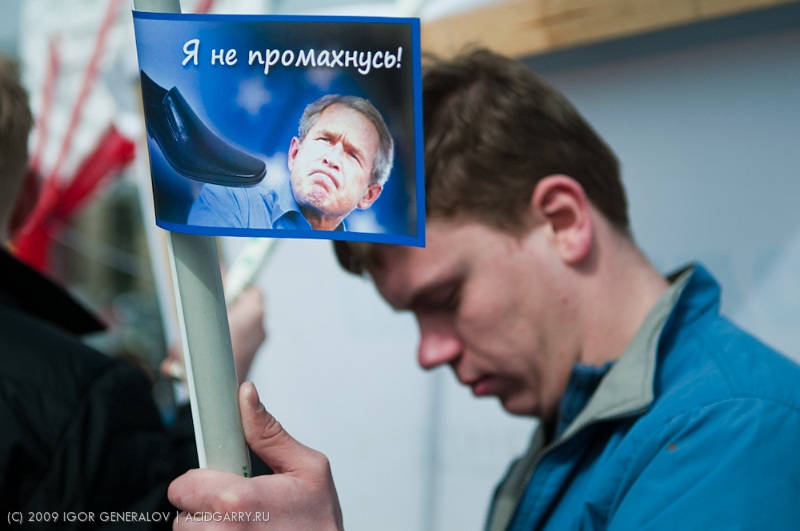 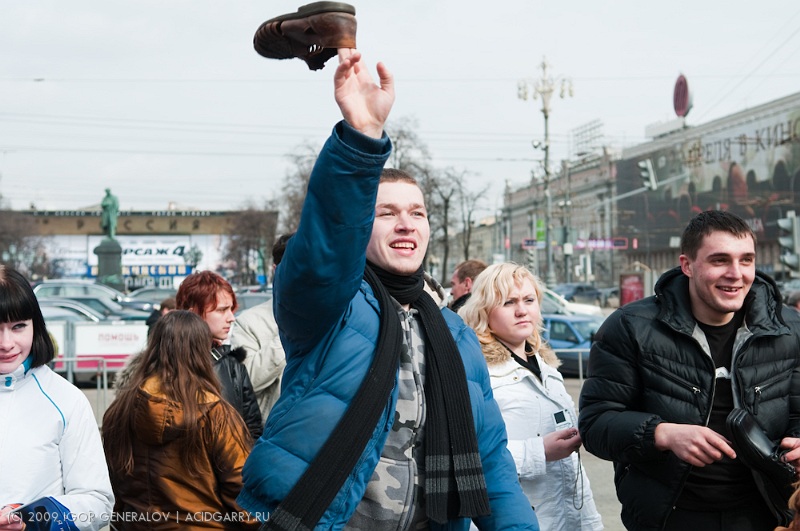 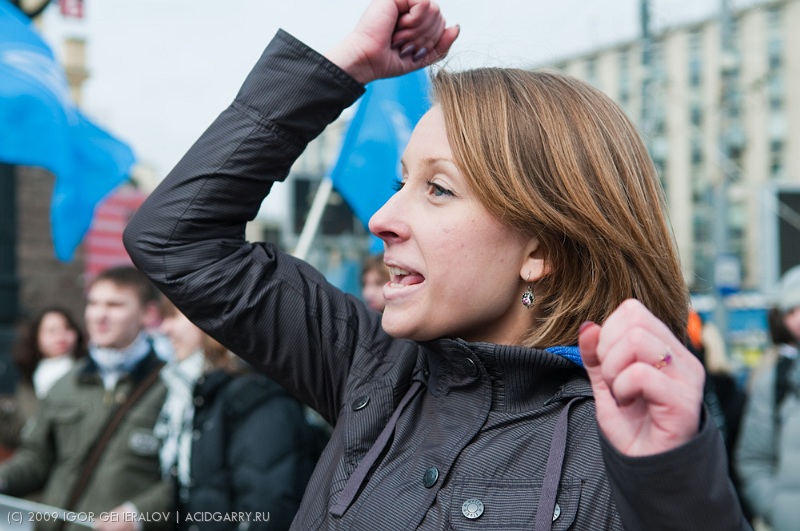 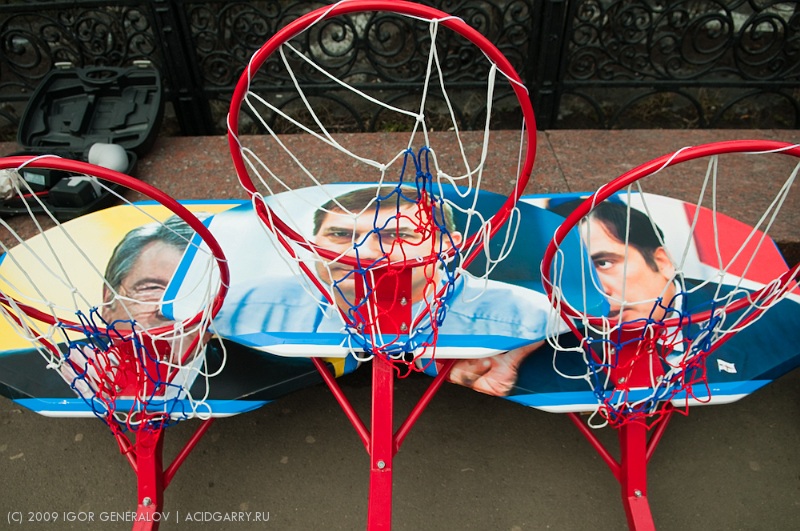