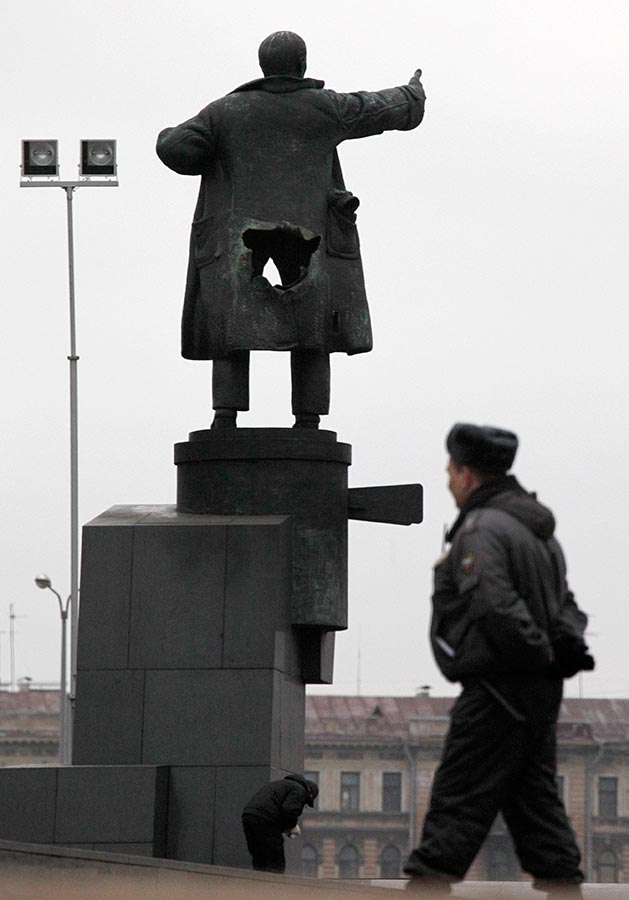 Today is April the First, the April’s Fool day, many people are busy doing jokes and pranks on their coleagues and friends.

In Russia this tradition is also recognized and many do funny and sometimes not-so-funny stuff.

Probably, the most loud prank that hit today’s Russia was a prank made by the group of youngsters of St.Petersburg.

They have found somewhere explosives, equaled to 300g TNT, and put it inside the iron steel Lenin monument standing on the city square across the railway station. Then at four o’clock in the morning they blew up the explosives so starting early morning of April, 1st 2009 all coming to St.Petersburg railway station or leaving thru it have seen a new look of Lenin monument, with a hole “in the back” as it was called by Russian media, but if to be honest that’s not back, but some body part that is lower than the back.