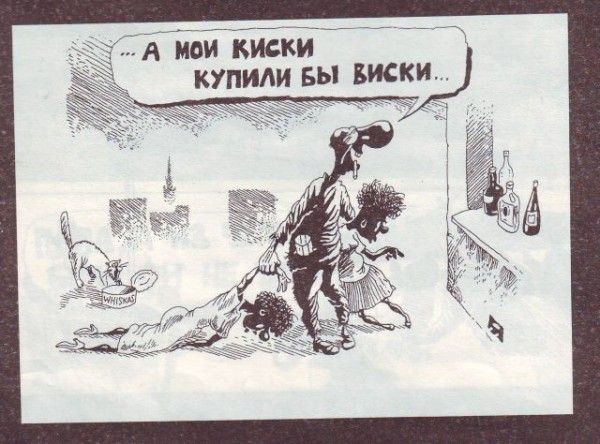 For some reason some Russian illustrators draw comics of people in black color. Black color is not associated with the color of the skin or race in Russia, so it’s just black.

For now, here is a series of such black comics, kind of bit weird. Translations included.
The one above is “My pussies could have whiskas instead whiskey!” 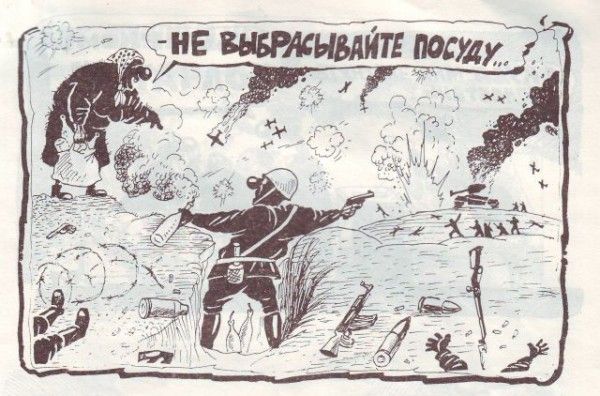 “Son, don’t throw away the empty bottle, I would bring it to recycle point for spare money” 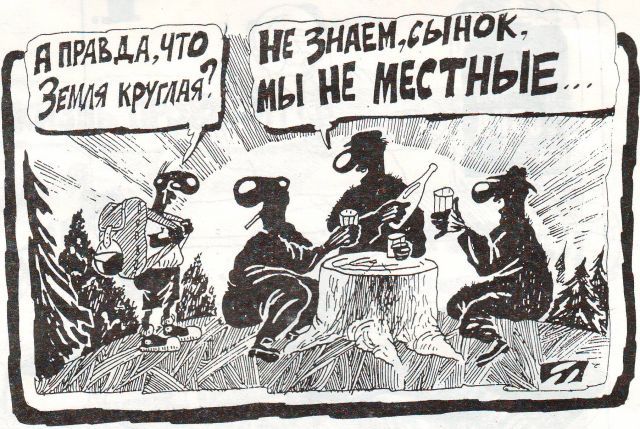 “Tourist: Is that true that the Earth is round?
Men: We don’t know, son, we are not locals.” 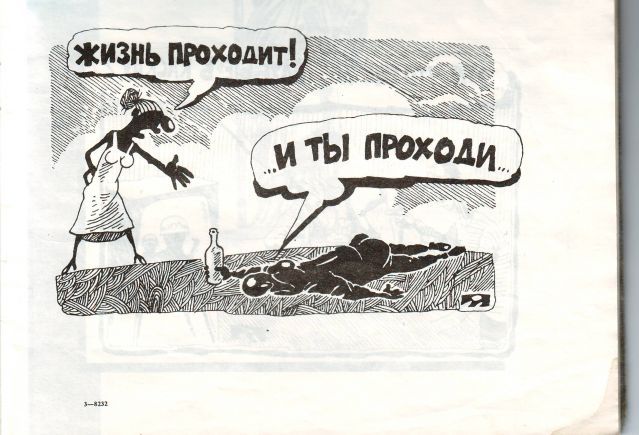 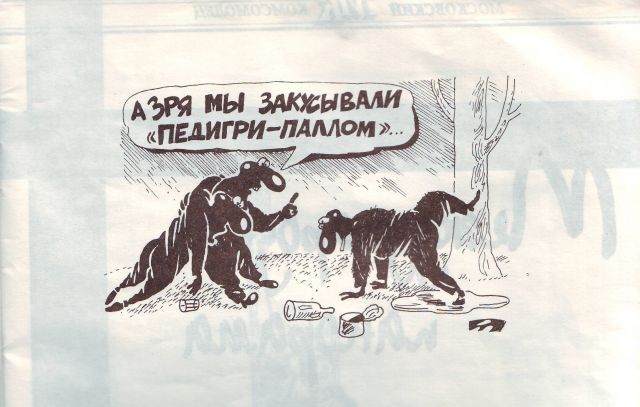 “We hadn’t have dog’s food as appetizer.” 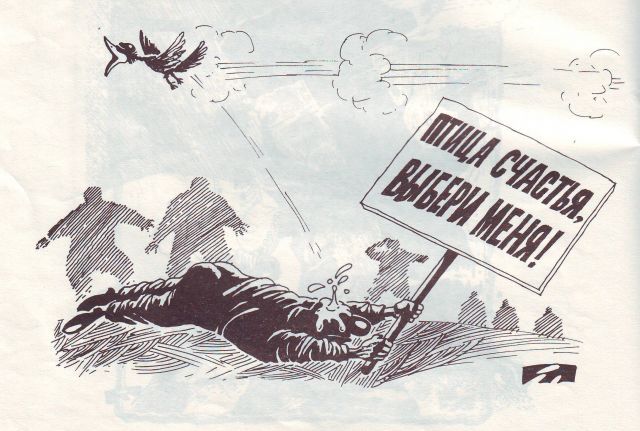 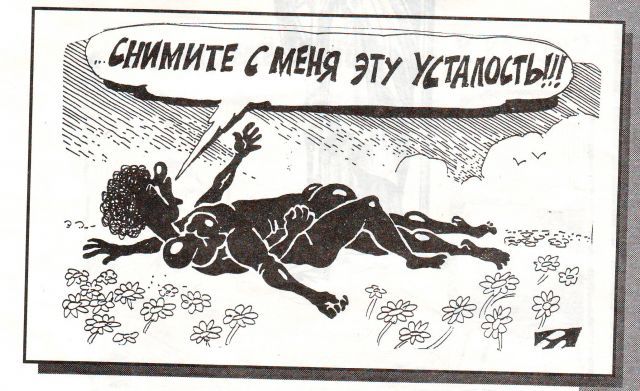 “Take this thing out of me!” 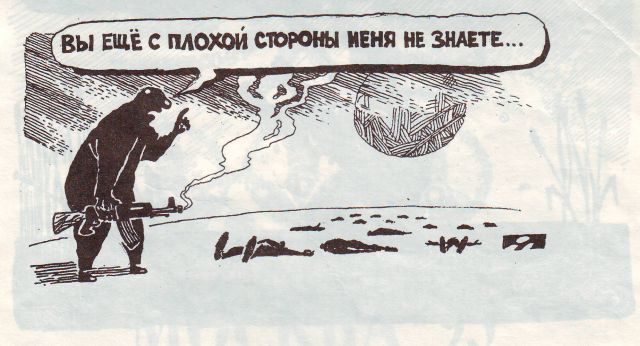 “And you still don’t know my dark side!” 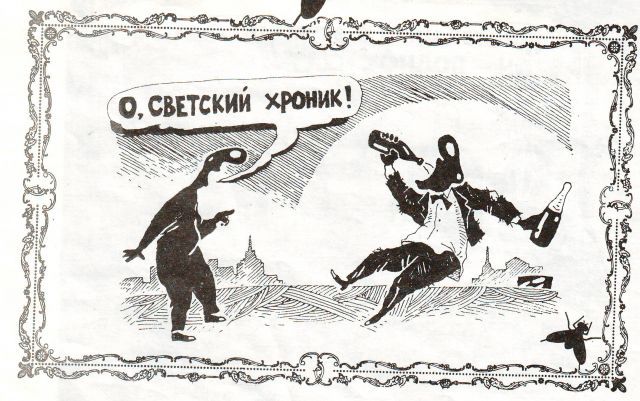 “He is a gossip columnist” 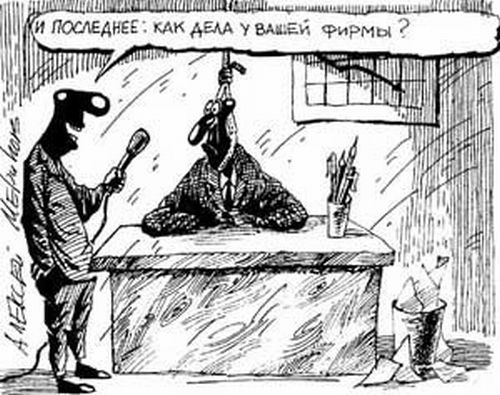 “And the last question: how does your business go?” 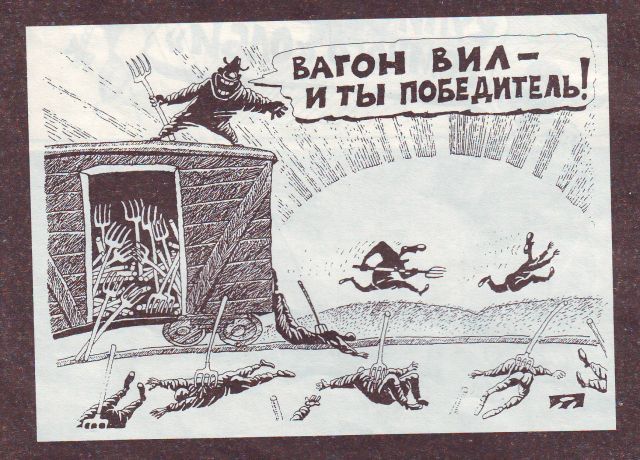 “Truckful of pitchforks and you are the winner!” 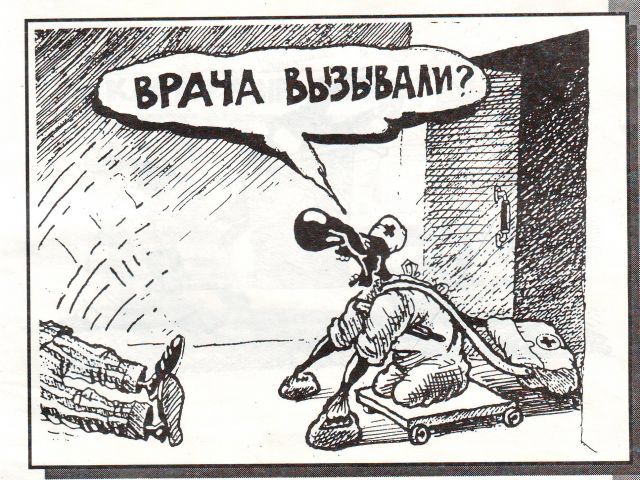 “Have you called for an ambulance?” 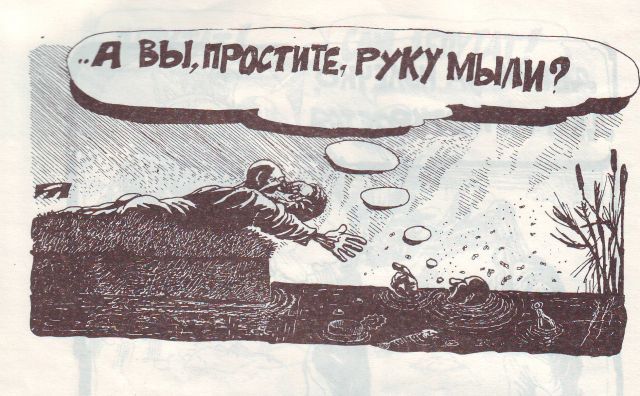 “I am very sorry, but have you washed your hand?” 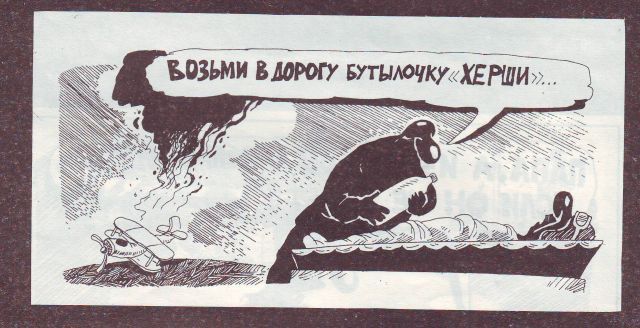 “Take some cola with you” 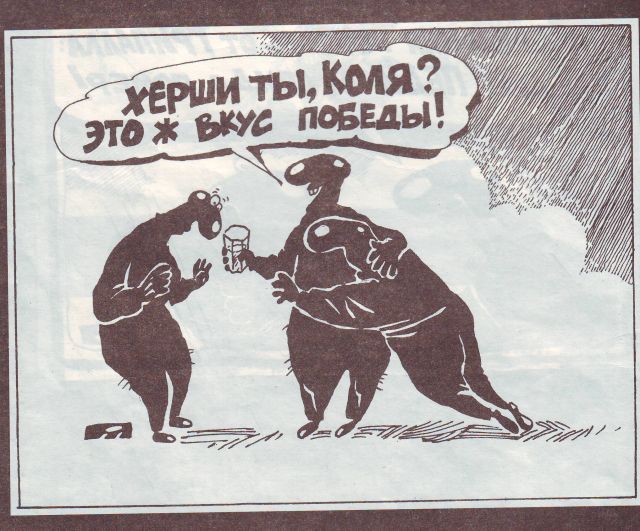 “Cola, Nicolas, is a taste of victory!” 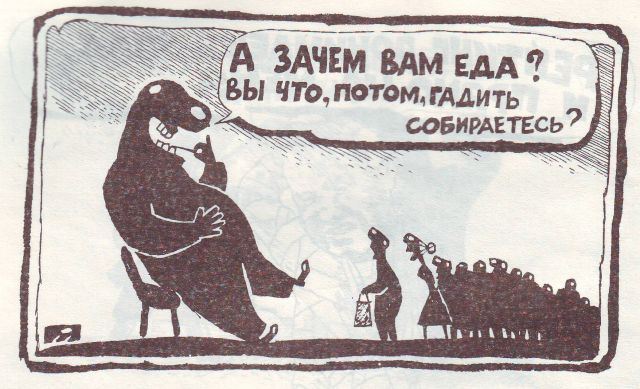 “Why do you need food? To take a dump afterwards?”