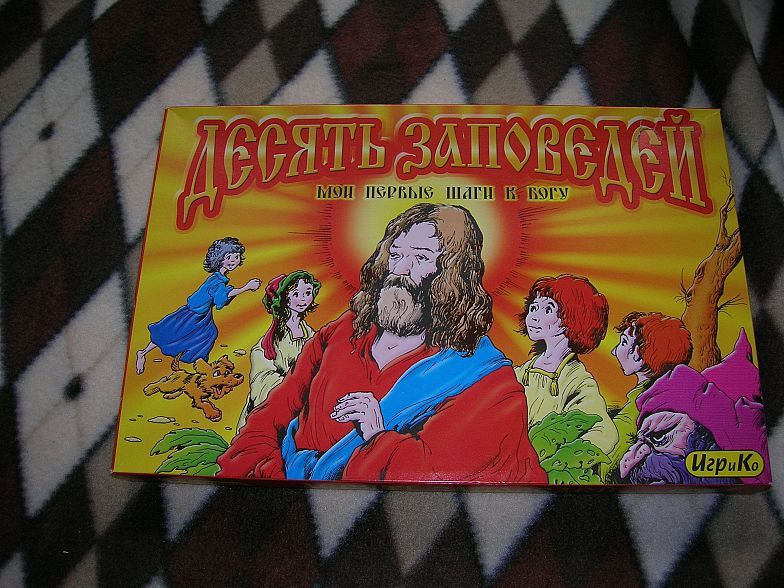 In Russia they sell monopoly game devoted to Jesus and 10 commandments.
I am not sure if it is Russian invention, or Western world inspired one, but seems it is.
They have made this game in monopoly style dice-throwing ahead-going bonus getting game. Four children can compete by throwing a dice and trying not to be caught in the trap of one of the deadly sins. The winner is the one who has got bought, no not bought, just got all ten commandments cards in one hand, earlier than anyone else. One can trade his collected commandments cards with other to get better commandments set or just to speculate the commandments set if he has plenty for those who has none. Also according to the rules there are also situations when nobody wins – if the commandments cards are evenly distributed among other and nobody gets all ten everyone in this case considered to be a looser, but the guy with the most of commandments cards is the best player of the set.
The one who has traded most of the commandments cards is considered to be the winner or the most righteous guy of the set.
It’s not quite clear was this game devoted to teach Christianity or to show the flaws of the concept. It is aimed to “children age 8 and older” and is being sold for $2.00 in Russian toy stores. 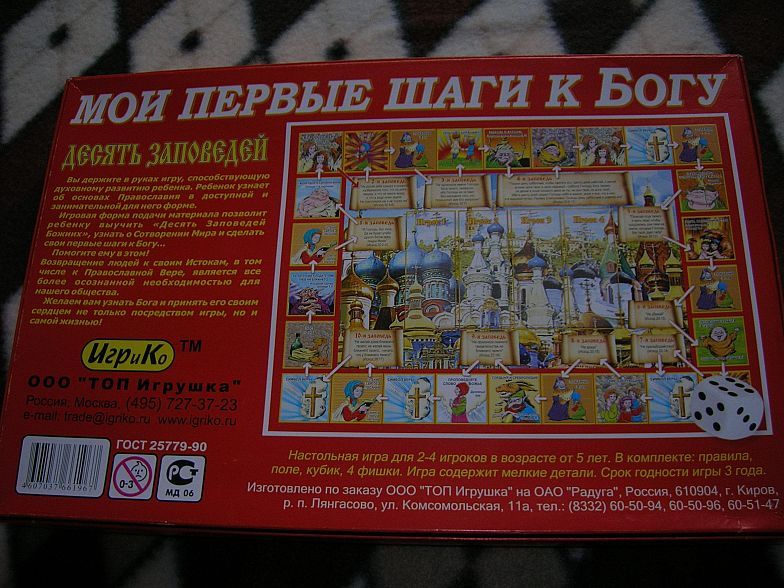 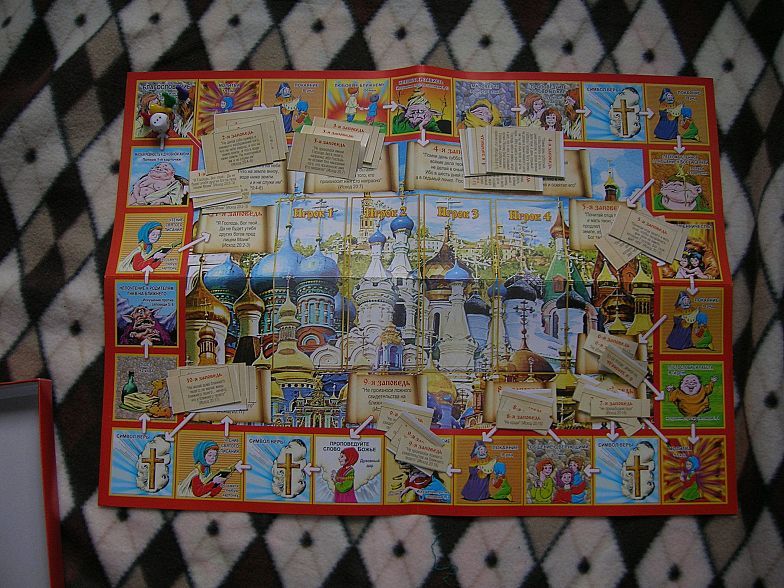 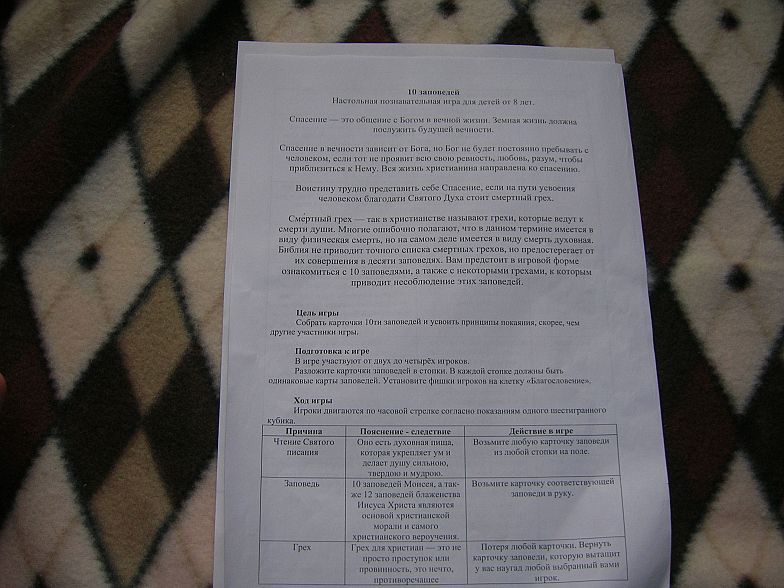