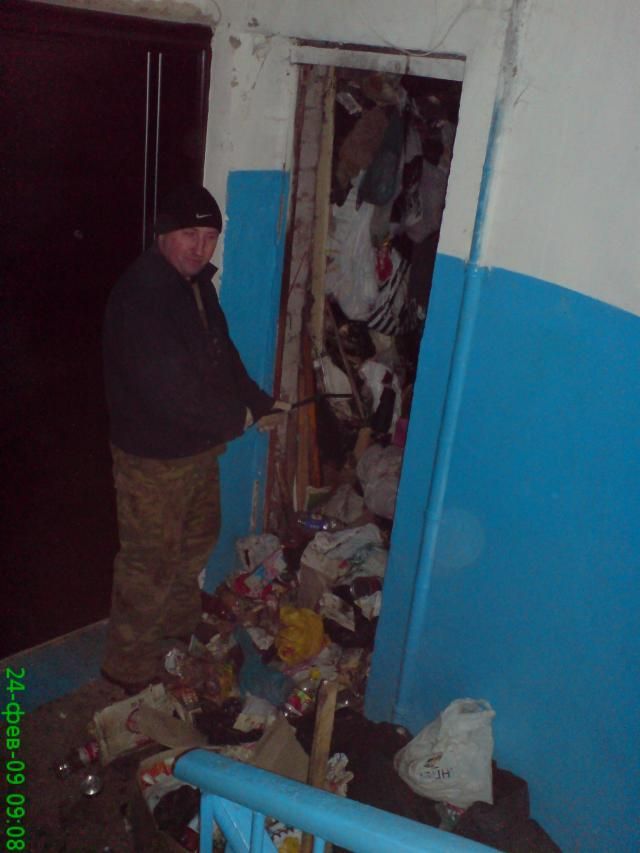 There were some photos of dirty appartments on Internet lately. But this one for sure will beat them all. That was for sure the dirtiest appartment in the world ever.

According to the original Russian story behind those pics, there was an old man living in this flat. He had a weird passion to collect different garbage whenever he traveled and bring it home.

So as time passed, he got as much garbage that he had to clean up his way thru the flat when he wanted to go from one room to another or to the entrance door.

And then one day the pipe was broke, and he had to call the plumbers. When the plumbers arrived (on photos) they were shocked. They had to waste hours to take just a part of the garbage out so that to enter the flat with their equipment and the garbage from the flat occupied all the loby and area behind the lobby. 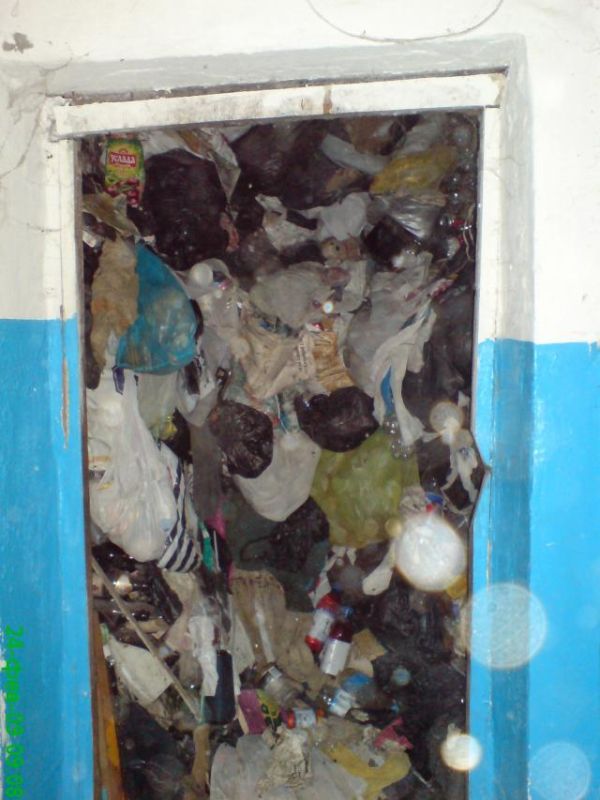 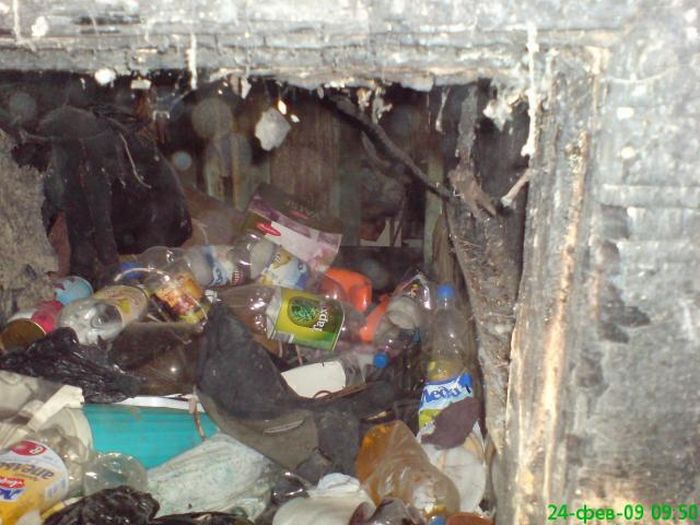 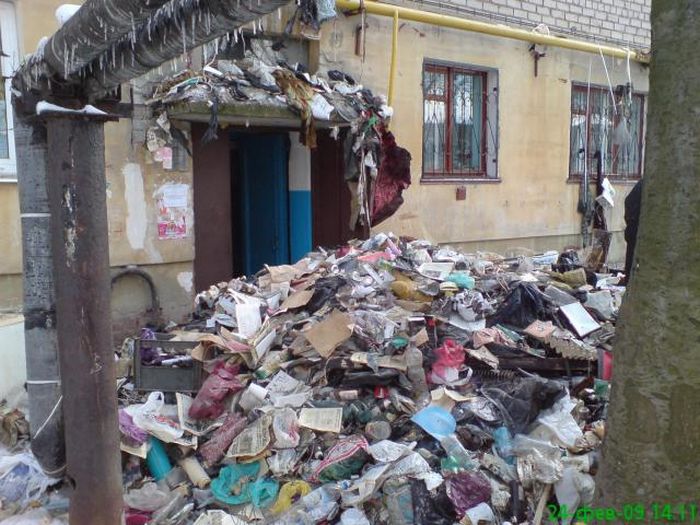 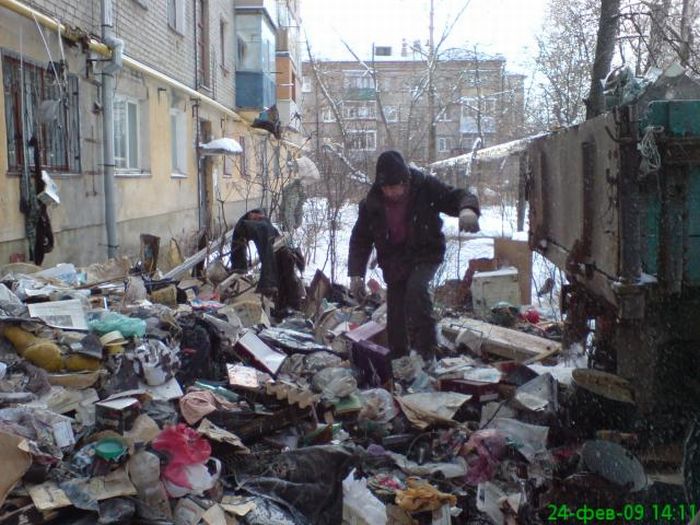