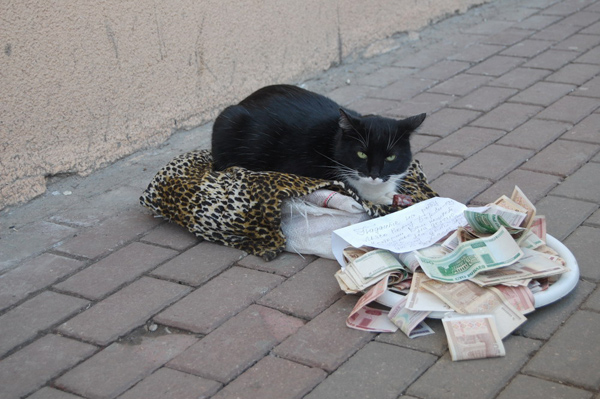 This cat begging money was spotted in one of the cities of Belarus. He stays in one place with a note that reads “need money for meat and fish, bless you”. He doesn’t leave his place and protects the money just with his sight. His owner was found nearby. It was an old lady. She told the story that she had rescued the cat from the slaughterers, but at that time she had already owned some pets and couldn’t feed them all, so she decided to let the pets earn the money for themselves. 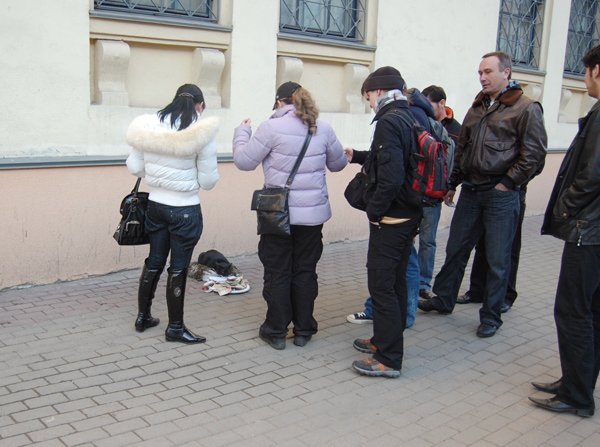 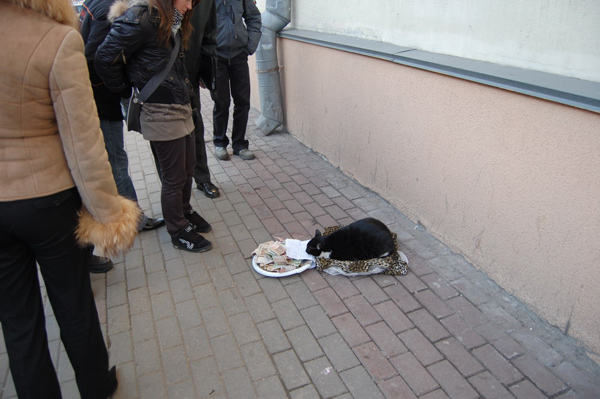 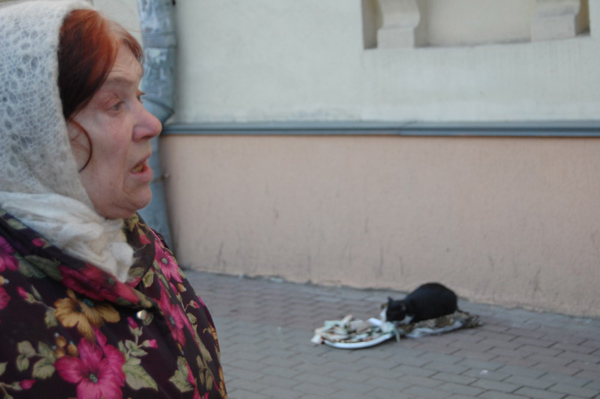