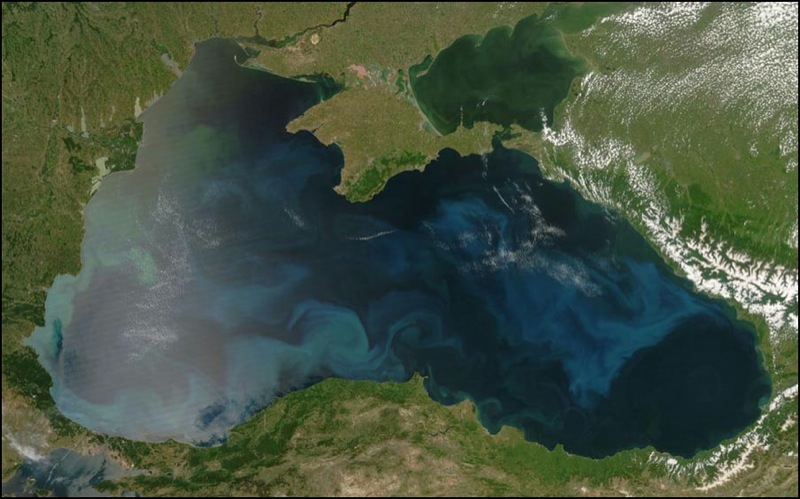 From time to time we publish shots of Russia made from satelites gathered from different places. Today just a few.

The first one is the Black Sea – the warmest sea in Russia also bordering Turkey and some other countries. You can see millions of tons of floating plankton.
There is an interesting detail about Black Sea. It is also sometimes was called Sea of the Dead in the history. It was so because of it’s bottom – there are no any life forms at its bottom because of the vast amounts of hydrogen sulphide coming out from the holes in the bottom and gathering in masses on the bottom thus not letting any plants or fish to grow there. This hydrogen sulphide is a very easy inflammable gas. So during some strongs storms, like back in 1927 it came out to the surface and was ignited and the sea surface was on fire! 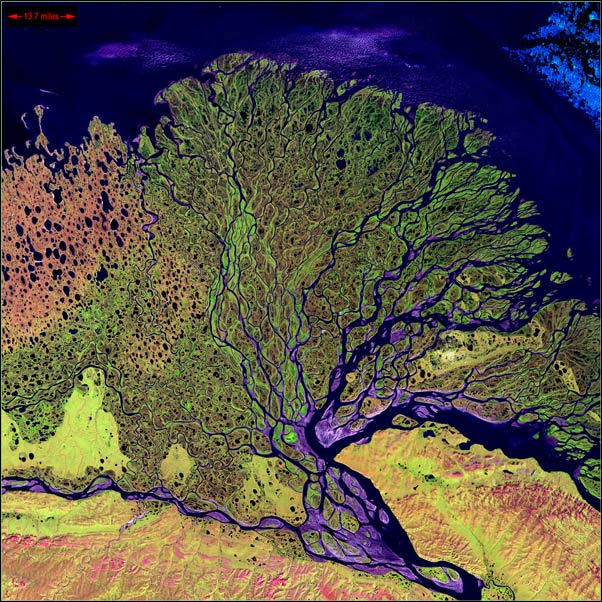 And that’s the great Lena river of Russia pours into the cold Arctic Ocean. It is covered with ice for the most part of the year only in short summer months releases itself from it’s ice imprisonment and turns all the region to the splendid swamp. 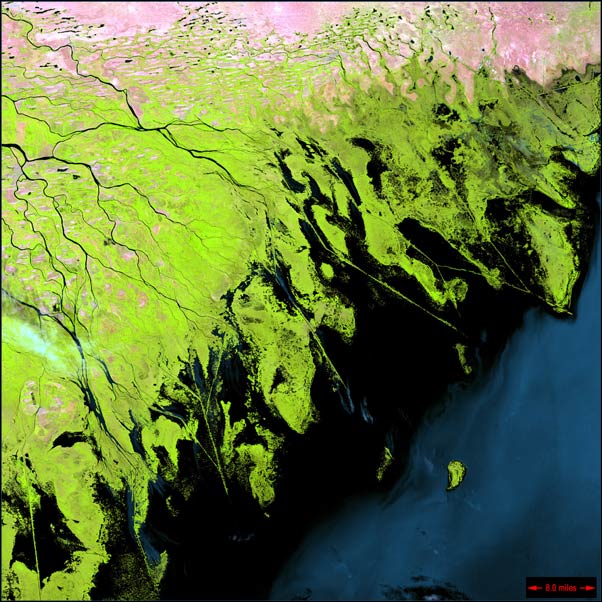 The river Volga, it’s beginning, more than five hundread small rivers join into one big river, the most favorite river of European part of Russia. Hundreds of songs and stories have been composed about it for centuries, and many of Russian medieval cities were built on its shores. Also people say that it’s the best fishing places in the whole Europe. 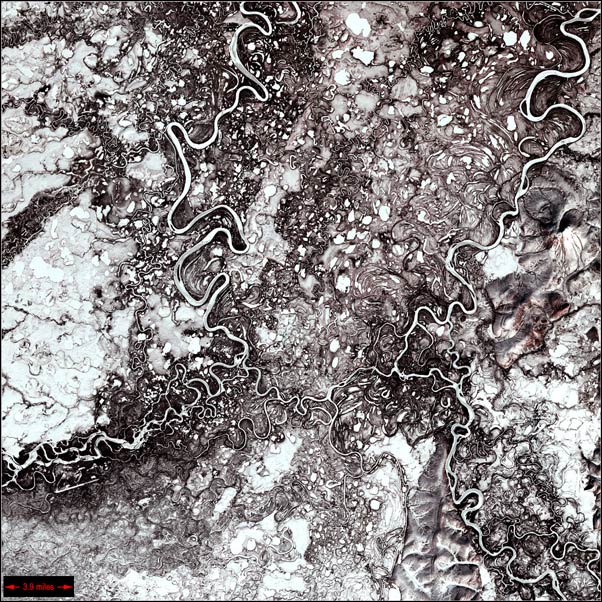 Another Russian river, Maina, at Russian region of Chukotka. Here the ice stays even more longer than on the Lena river, just for month or two it gets it out of its waters, but no any plants grow there except some moss and lichen. Chukotka it’s like Russian Alaska. They even border each other through the Bering Straight – in the winter people visit each other and a lot of goods to Chukotka come from Alaska. At this point of the Earth Russia borders America and can be connected with just a decent bridge. Two countries are just in 50 miles away from each other here. People in Russia dreamed before that someday they would have a road from Moscow (European Russia) to Alaska and then thru the bridge to Alaska, USA, so they just could sit on their car and travel from Europe to USA without need of the flight or a ferry.

20 thoughts on “Russia from Satelite 5”